Madame at "Mutterings & Meanderings" recently ranted about inaccurate grammar. Today, as I watched Hull City grind out a 1-1 draw with Colchester United, I noticed one of the rotating advertising bars at the side of the pitch. It was for a local building firm - "Stubb's Bro's"! Well if the Stubbs brothers can't get their apostrophes right, how could I possibly trust them with any bricklaying? They'd forget to put cement in their mortar!
But it's not apostrophes I wish to rant about this evening, it is the widespread and deliberate disavowal of rules surrounding the use of capital letters. Many companies, film makers, TV programme makers, sign makers and advertising agencies seem to think that it is somehow cool and rather jolly and stylish to forget about capitals... - Hey look at us, we are thoroughly modern - we don't need yer damned capitals dude! - Tossers! Try embedding rules about capital letters with texting teenagers in a written word environment that daily evidences abuse of the very rules you are trying to convey. 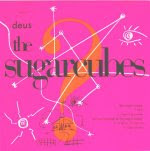 For all those "cool", fashionable, hip advertising executives and book jacket designers who seek to arrogantly re-invent long-established rules of English grammar, I give you the instances when capital letters should be used:-
the first word of a sentence or fragment
the name of a day or a month
the name of a language
a word expressing a connection with a place
the name of a nationality or an ethnic group
a proper name
the name of a historical period
the name of a holiday
a significant religious term
the first word, and each significant word, of a title
the first word of a direct quotation which is a sentence
a brand name
a Roman numeral
the pronoun I
reading the news about sunni suicide bombers in baghdad and basra in iraq, i have decided to create a crack team of capital protection stormtroopers. our mission will be to blow up any companies or individuals found guilty of deliberate capital letter abuse! anybody out there in blogworld wish to join the c.l.p.s? Of course, people who are either ignorant or word blind and make unwitting mistakes with capitals will be excused from these revenge attacks!

"the scandal of scientology"? Don't you mean "The Scandal of Disregarding Simple Rules about the Use of Capital Letters"?
- April 14, 2007