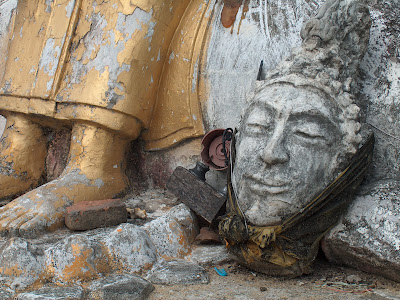 At Kohret
I have never been a great lover of dogs. They bark. They bite people. They poop on pavements. No - give me cats any day. I admire their independence, their tolerance, their feline smiles. I grew up with a cat - tortoiseshell Oscar who in spite of her name bore countless kittens. And in the first year of our marriage we acquired tom cat Blizzard from the RSPCA shelter in Bawtry. He lived with us for around fifteen years before dying of some internal complaint - possibly kidney failure. It broke my heart when he died. He was the best of cats.
I swore I'd never have another cat but then Boris appeared at our back door - a skinny black and white stray. Shirley took pity on him and fed him and it wasn't long before that cunning so-and-so had wheedled his way into our house. I said - you can keep him as long as I get to name him - and I called him Boris because that's not the sort of name you are meant to give to a cat. I came to love him as much as Blizzard but a couple of years ago, Boris suddenly disappeared - after ten years as master of Pudding Towers. We think he was probably killed on the road.
Getting back to dogs... In Bangkok there are many street dogs - all shapes, sizes and conditions. Jon's wife Denise calls them "zen dogs" because they are so chilled out. They don't bark at you. They don't bite or chase you. They just "hang out", sniffing around for food or water, often lying across pavements so that you have to steer round them or step over them. They often look up at you with inscrutable eyes like the Buddha himself, as if to say - "What's your hurry? Why not follow my example and simply watch the world go by?" Zen dogs.
Today I visited an island in the Chao Praya River. It's called Koh Kret. I cycled round it on a concrete walkway above the reedbeds and the vegetable fields. I paused to take photographs along the way. I guess I'm always trying to find the essence of a place. Is it there in the temples? Is it in the lotus flowers in the swamp or in the shape of the old woman bent double by osteoporosis? Perhaps it's in the postures and the implacable faces of the street dogs. There were many on Koh Kret. Here are just three:- 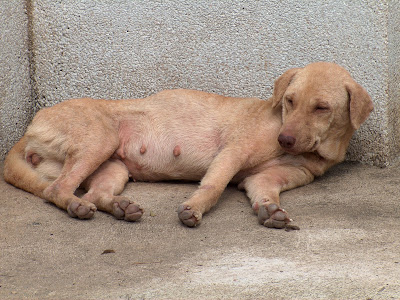 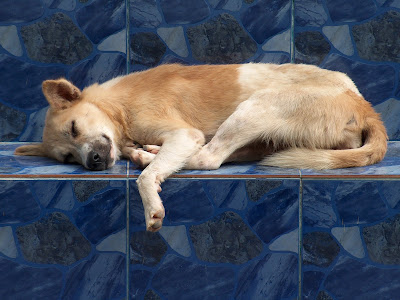 Specially for dog lover Mr John Gray of North Wales, may I introduce the "best in breed" winner, Llewelyn:- 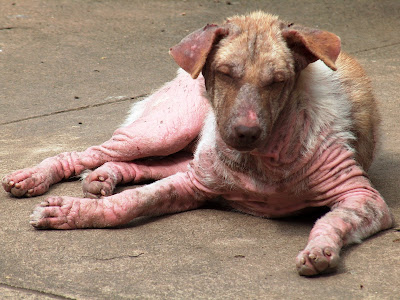