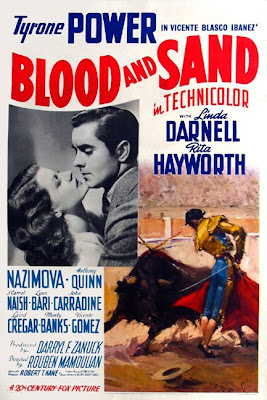 We frequently absorb words and sayings without knowing where they came from or even what they really mean. Often their origins are obscure and much-debated. From my mother I am sure that I inherited many words and sayings and even snippets of songs. She was a great one for singing and when she was in a good mood, I would often hear her tuneful renditions of wartime favourites as she ironed, sewed or lugged baskets of washing into the garden:-
We'll gather lilacs in the spring again
And walk together down an English lane
Until our hearts have learned to sing again
When you come home once more.
In September 2007, at mum's funeral, I was so happy that as the wine-coloured velvet curtains closed on her coffin, her assembled friends and loved ones heard Vera Lynn's version of "The White Cliffs of Dover". It was one of her favourites and of course this song meant a great deal to her because she was in the WAAF (Women's Auxiliary Air Force) during World War II and had known a good number of young fliers who gave their lives for Great Britain and freedom.
Mum was no shrinking violet. She'd take people on directly if she felt they were in the wrong and her temper could be quite fiery. Police officers, schoolteachers, shop keepers all felt the lashing of her tongue. Demure and coquettish she was not.
One of her favourite oaths or mild curses was "blood and sand". I have often used it myself. You know - when you hit your thumb with a hammer or you hear Cameron or Clegg's weasel words on the television - "Blood and Sand!" The other day I was wondering what on earth this expression means so in a website called "The Phrase Finder" I discovered this:-
It's the title of a Spanish novel about bullfighting published in 1909 by Vicente Blasco Ibánez (the Spanish title is "Sangre y arena"). It has been filmed several times, most famously starring Rudolph Valentino. It lends itself to use as a mild imprecation, along the lines of "Hell and death!"
So there you go. All this time both Mum and I were unwittingly referring to an obscure Spanish novel. How the phrase seeped its way into the English language is another story that would take a detective of the calibre of Sherlock Holmes to clarify.
Another phrase I explored was "cold enough to freeze the balls off a brass monkey" and was disappointed to discover that the usual explanation is most likely fanciful. It probably doesn't allude to iron cannonballs on warships jumping spontaneously off little brass deck trolleys called monkeys because of the differing effects of cold temperatures on metals. Ah well. But what about the mild insult "Wally"?
When I was sixteen at the Isle of Wight Pop Festival, I was sitting one sunny afternoon in a crowd of half a million. It could be hard to get back to your place once you left it. You had to remember homemade flagpoles nearby or you'd end up getting completely lost. In a gap between acts, I noticed a young man tiptoeing through the crowd a few yards from me. He was looking this this way and that as if lost. Then from several yards further back one of his friends called out , "Wally!" Wally looked around but still couldn't find his friends. Another called out, "Wally!" and then some unconnected wag sitting in front of me yelled "Wally!" just for mischief and before you knew it a thousand people were yelling "Wally!" from various parts of the field. There was great hilarity but finally young Wally found his mates.
As far as I know, before that day in August 1970, the name "Wally" had never been used to describe an idiot, a buffoon or a nitwit. Later, the Wally notion even spawned a series of comic books and a cartoon series. The Isle of Wight connection has been suggested elsewhere and in my mind, until someone proves otherwise, I believe I witnessed the birth of a new "saying" though of course I myself might be a Wally! I certainly feel like one sometimes. 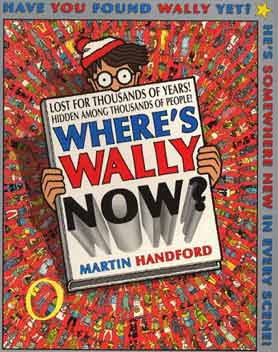