Jagger... No not the seventy year old thick-lipped rock and roll peacock. I'm thinking back much further than that. As a surname Jagger was first recorded in Derbyshire in 1310 though it may have begun its long history in West Yorkshire.  Of course there are many English surnames derived from occupations. A "cooper" was someone who made barrels and a "wainwright"was somebody who made wagons or carts known as "wains" and a "farmer" was...but what was a "jagger"?

Let me tell you... Long ago there were no proper roads over the hills of central England but goods still needed to be transported. A network of tracks developed. At first those who transported goods would have done so on their own backs but later horses and ponies were employed. It wasn't long before men realised that they could lead teams of horses across the country - often carrying heavy goods like lead from Derbyshire's many lead mines. In Middle English a "jag" was a "pack" or a "load" and so a "jagger" was someone who was responsible for carrying loads across the country. I blogged about this before.

In Derbyshire and West and South Yorkshire the surname Jagger has its heartland and the name is also part of our landscape. There are several tracks that still bear the name "Jaggers Lane" and yesterday I walked along one such by-way between Chesterfield and Matlock. It wasn't too hard to imagine the pack horse teams and the jaggers who would have once moved laboriously along that route - taking days to reach their destinations.

Where Jaggers Lane met Wirestone Lane, I noticed an old guide stoop set into the drystone wall. It would have been a good place for the jaggers to rest their animals a while before travelling on to Matlock, Ashbourne, Winster or Chesterfield:- 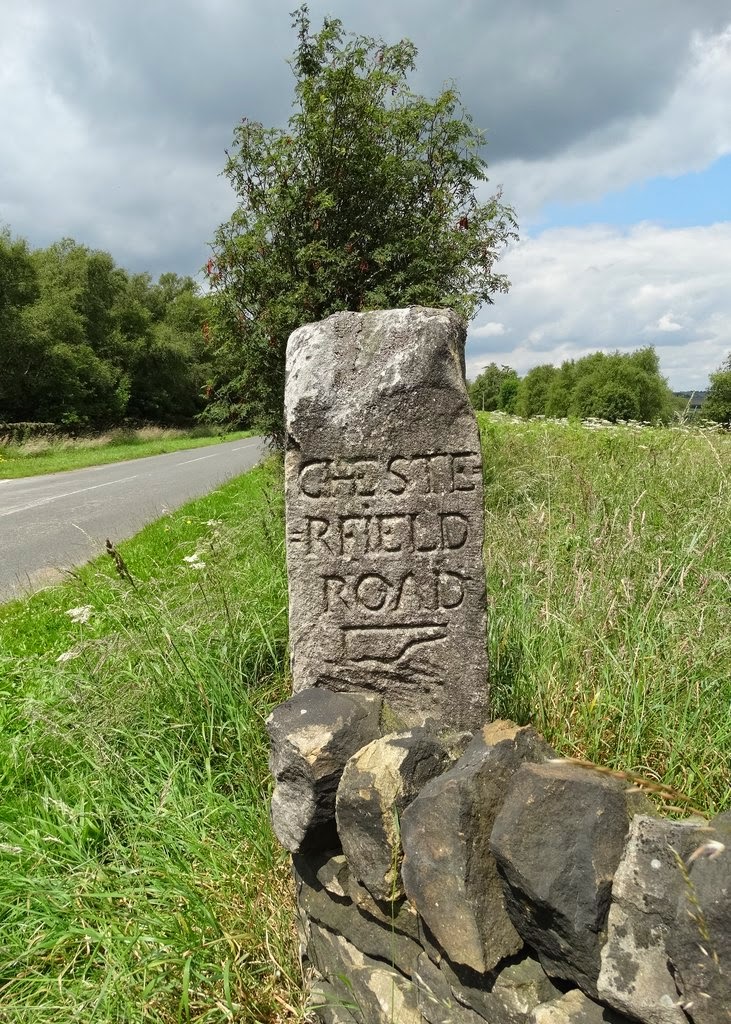