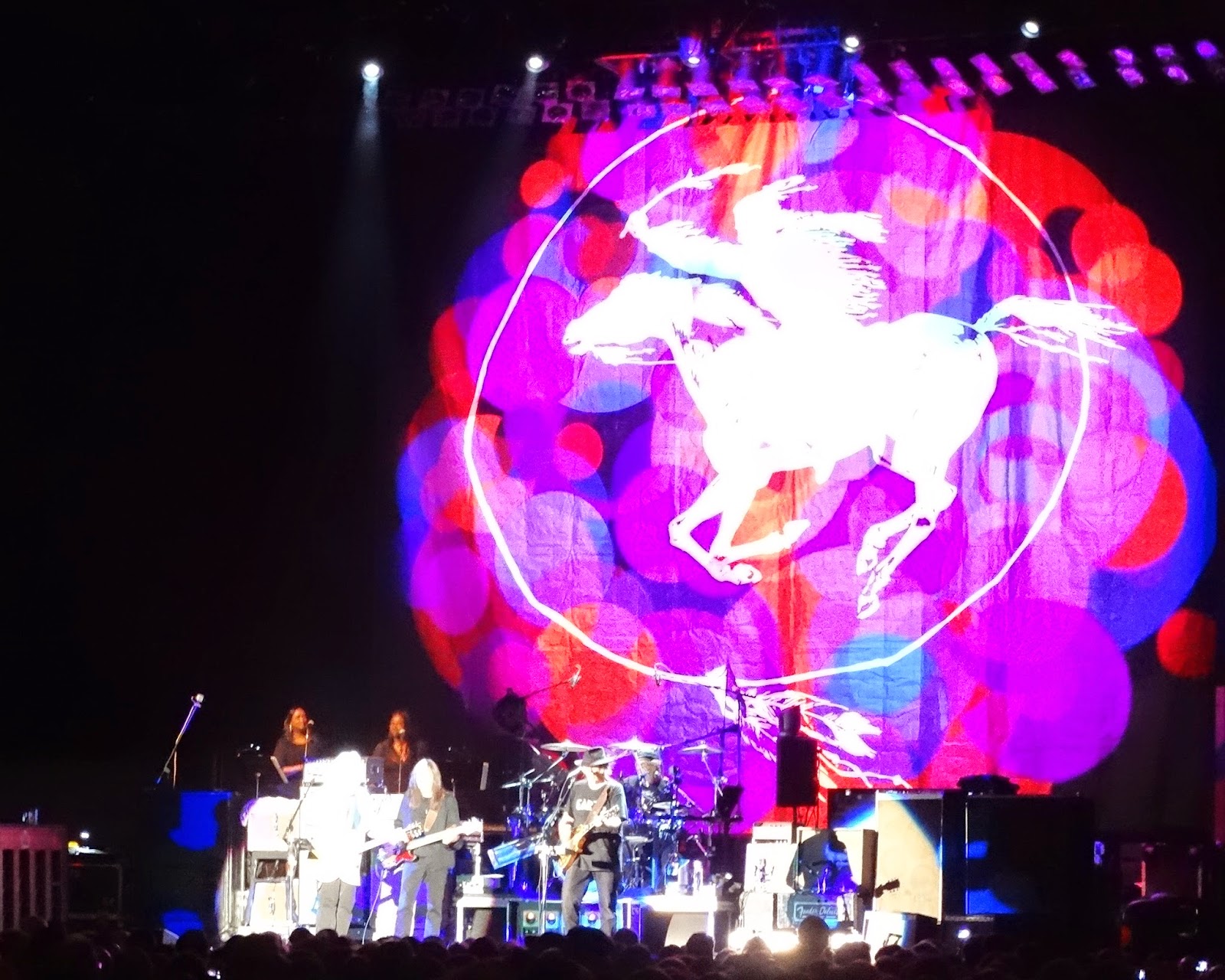 Over the hills to Liverpool to see Neil Young and Crazy Horse at The Echo Arena. This was on Sunday and even though I am not fond of these cavernous new indoor arenas, it was a great concert - the first one I have seen in a long while and the first time I had ever seen Neil Young. He is sixty eight years old now and of course famous for his plaintive song writing back in the nineteen seventies. But there's another side to him. He is a consummate lead guitarist and when playing his whole being seems connected to his guitar - at one with the music. Quite rightly, he is not a performer who has ever wanted to rest on his laurels - forever replaying the songs of yesteryear. He has evolved. This was his set list for the night:-
Love and Only Love
Goin' Home
Days That Used to Be
After the Gold Rush
Love to Burn
Separate Ways
Don't Cry No Tears
Blowin' in the Wind (Bob Dylan cover)
Heart of Gold
Barstool Blues
Psychedelic Pill
Rockin' in the Free World
Who's Gonna Stand Up and Save the Earth
Encore:


Like A Hurricane
I stayed in the Travelodge by Brunswick Dock with a view across the Mersey to the Wirral Peninsula and in the morning I rose early to drive up to Crosby, specially to see Anthony Gormley's "Another Place" - but that's my next post... In the meantime here are more pictures I took at the Neil Young concert. It made me feel "young" again as I recalled the many concerts I would attend in my salad days... 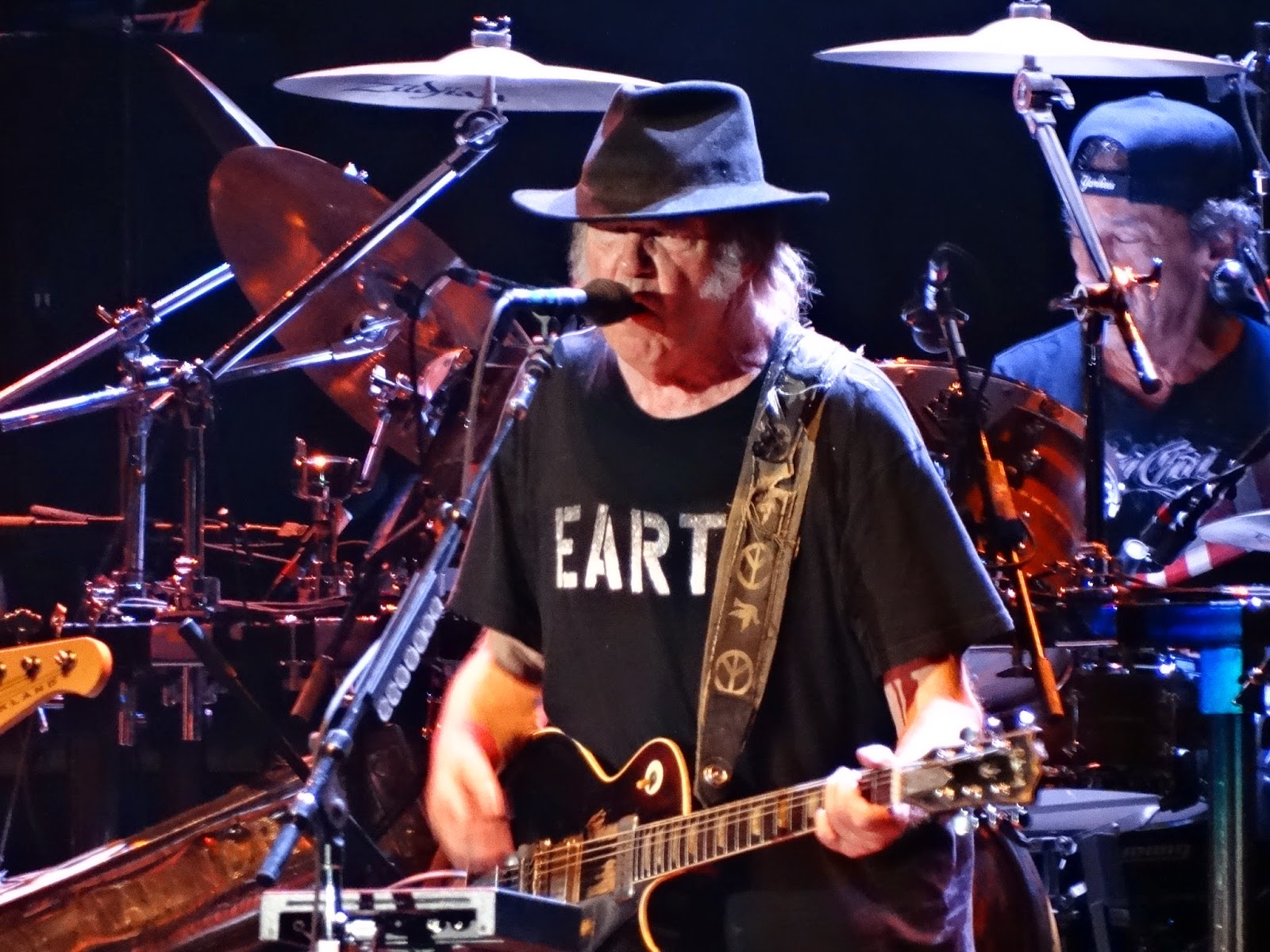 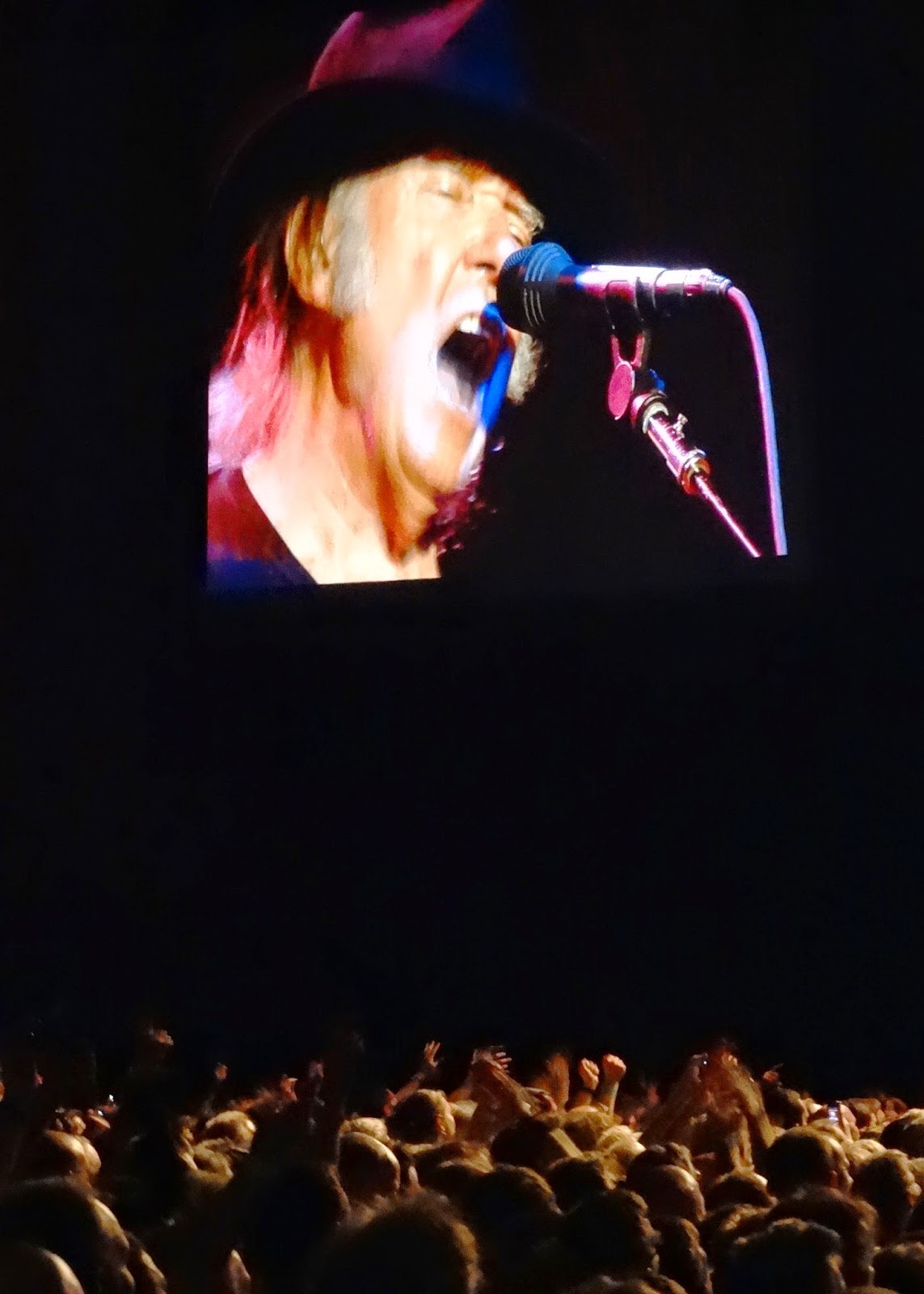 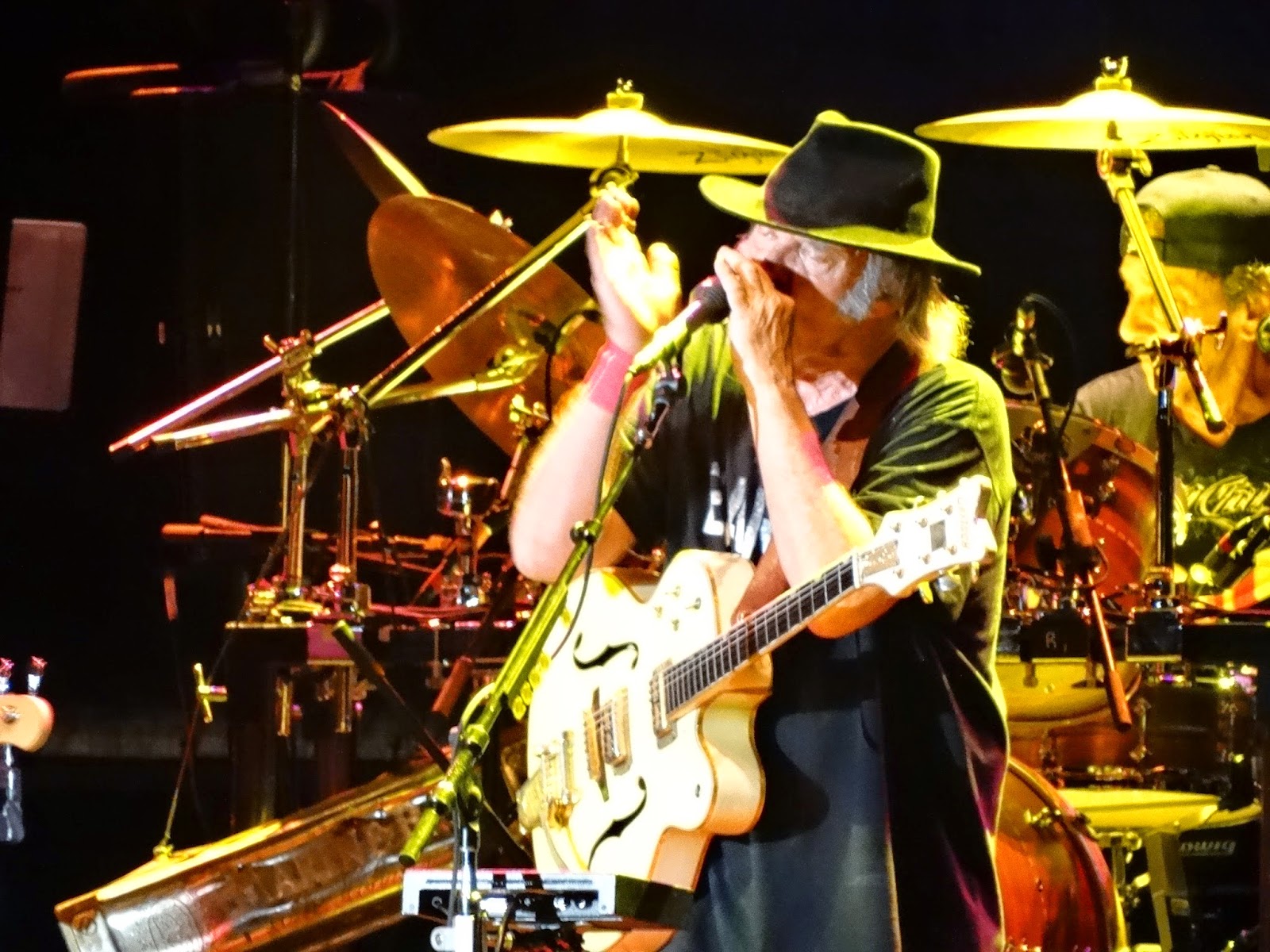 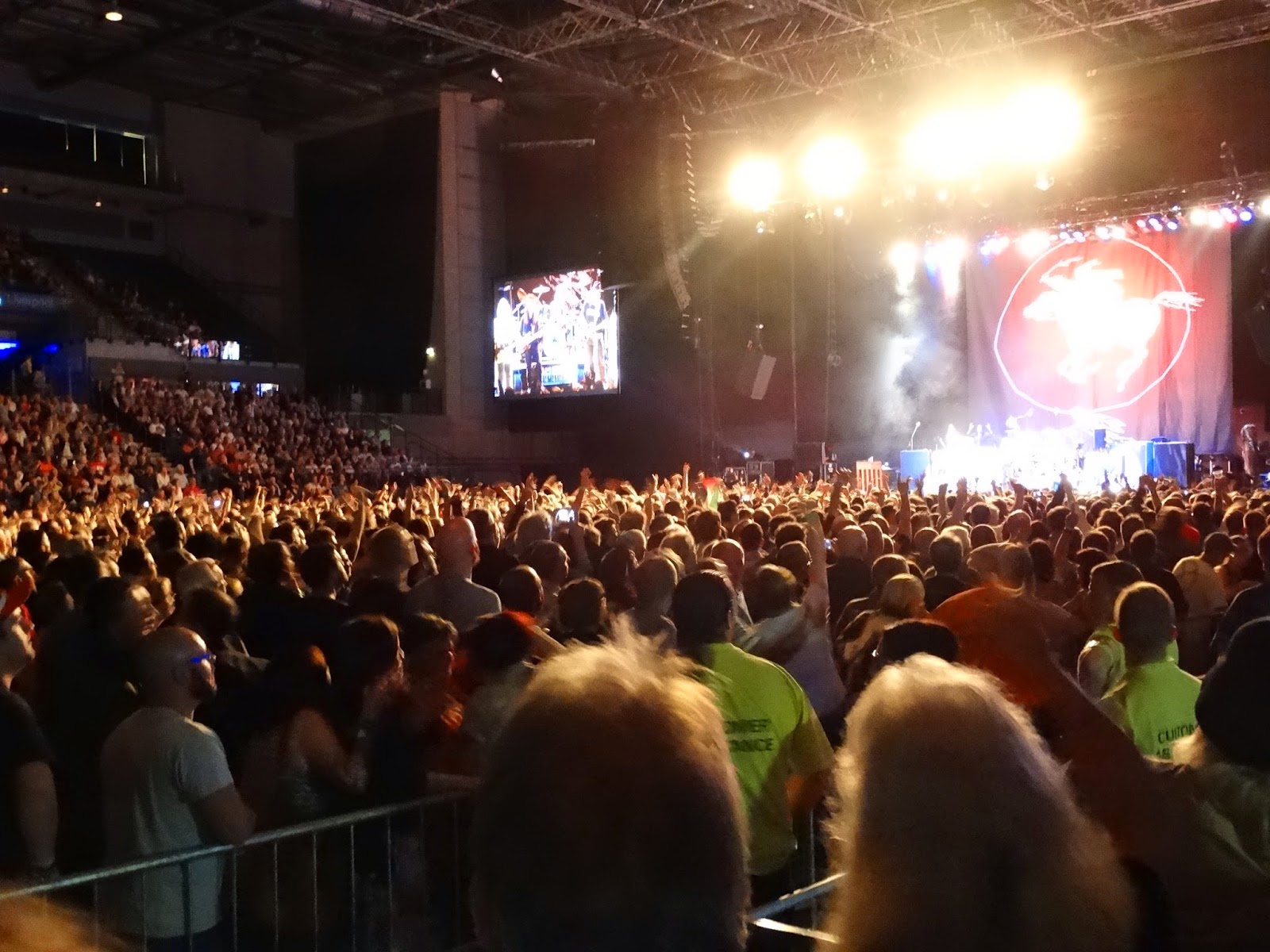