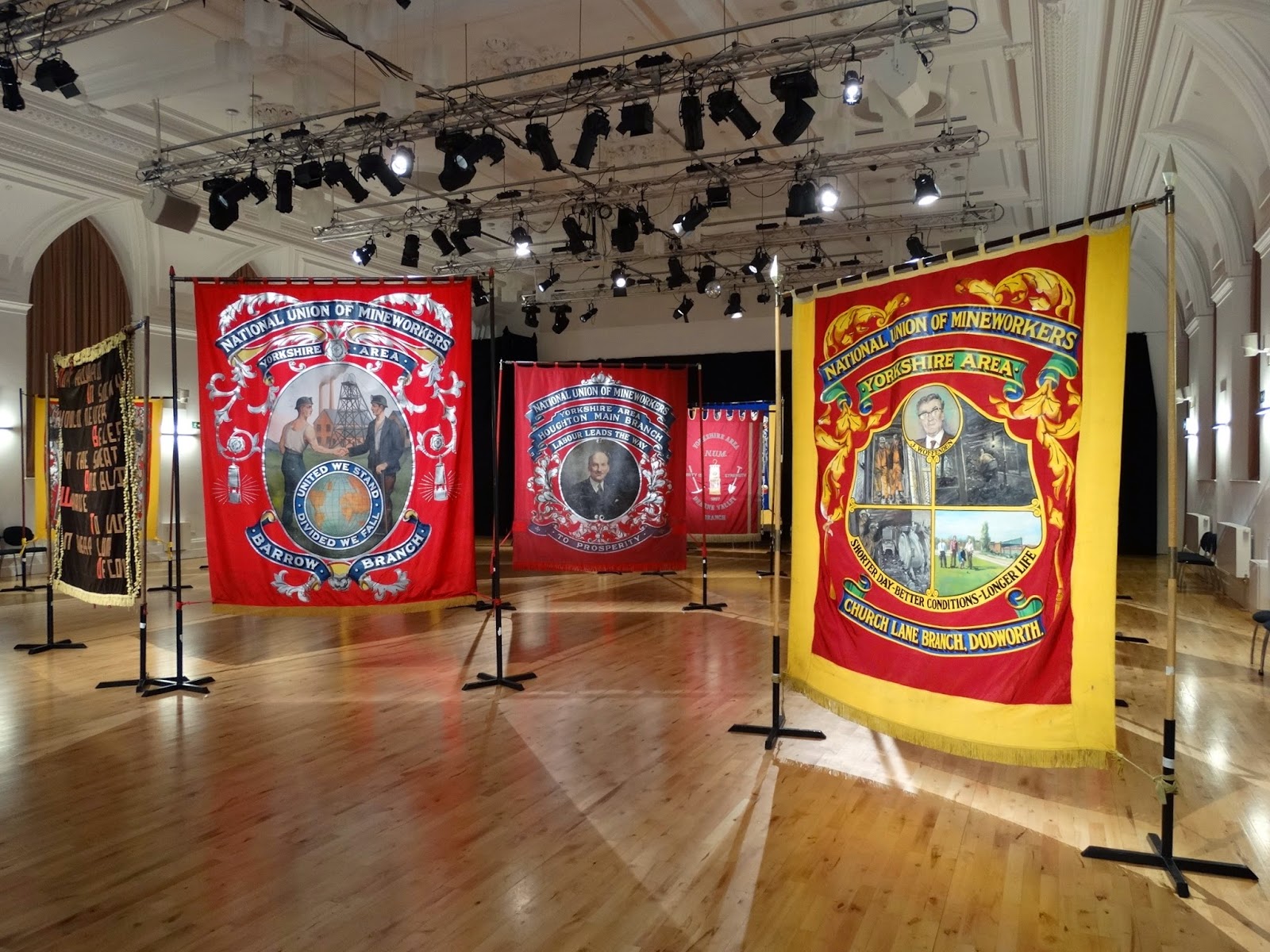 When I heard that there was to be an exhibition of National Union of Mineworkers banners at Barnsley Civic Theatre, I was keen to go - even with my housemaid's knee. I feel a great affinity with the coal miners of South Yorkshire - partly because my mother came from a coal mining family and both her father and grandfather worked underground in the first three decades of the twentieth century.

Furthermore, during the miners' strike of 1984-85 my allegiance was with them and not with Thatcher and the police force she utilised to achieve her spiteful decimation of our country's coal industry. It was in my heart - like a coal fire. I sent them money and tins of food and wore a "Coal Not Dole" badge on my lapel. I even wrote a song called "On Orgreave Field" about the famous Battle of Orgreave which saw the miners defeated by the massed ranks of the British police - many flown up to Yorkshire specially from London and the south east. They waved their pay slips at the penniless miners.

The memory of that industrial struggle remains vivid and raw in the South Yorkshire coalfield. Thirty years later it has not been forgotten and the banners at Barnsley Civic Theatre are testament to that struggle, that industrial heritage and the countless men who lost their lives for those black diamonds. 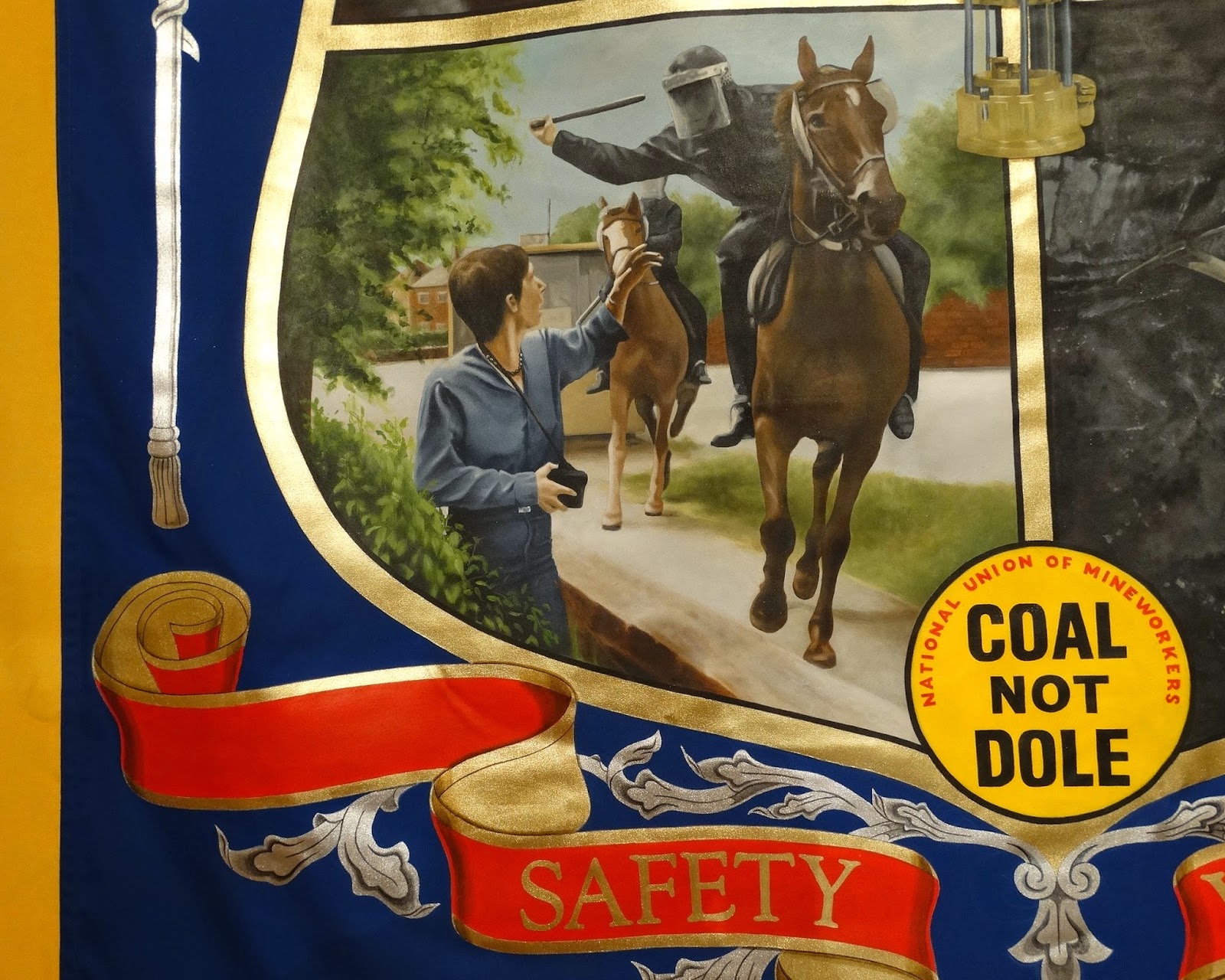 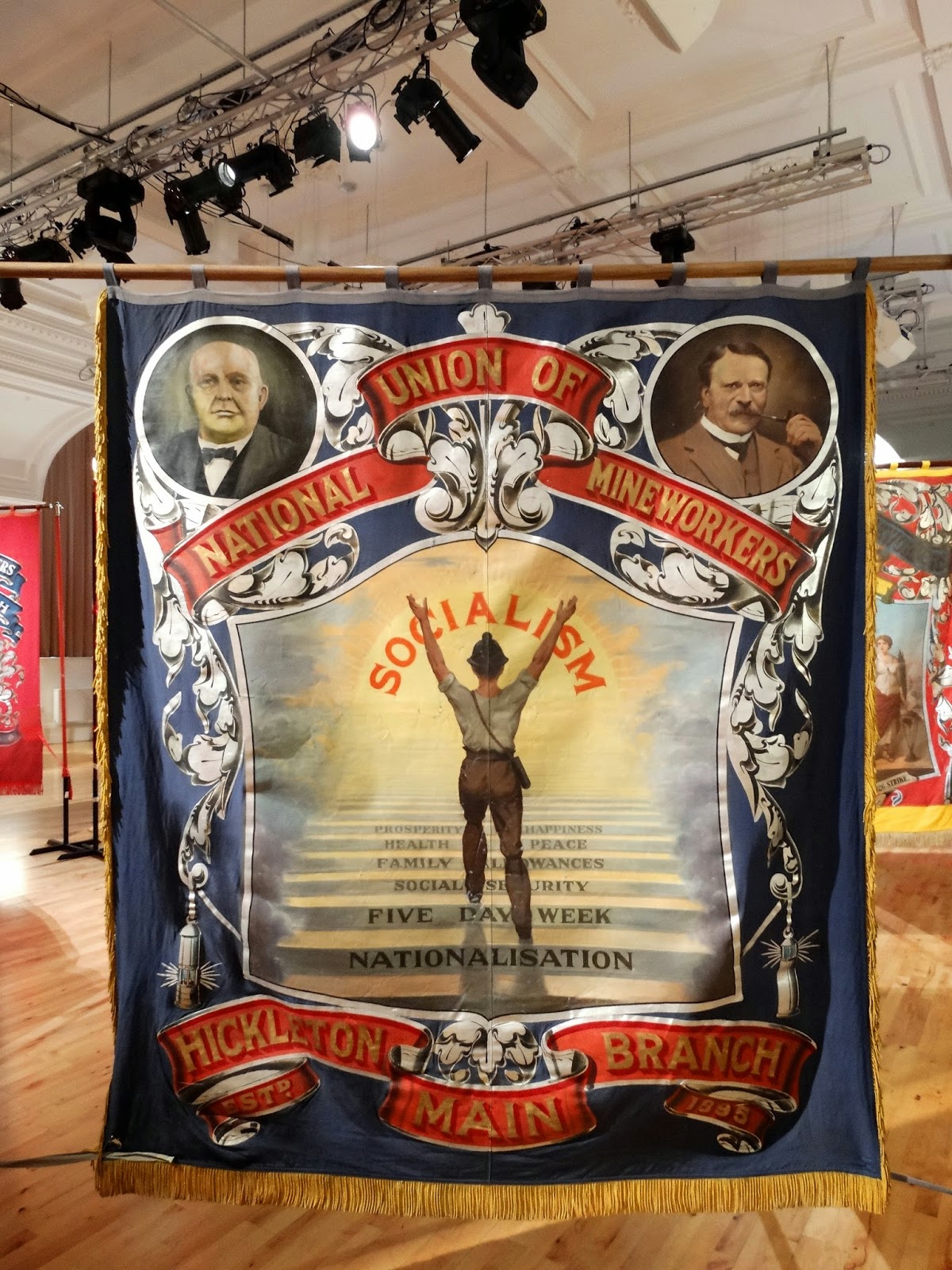 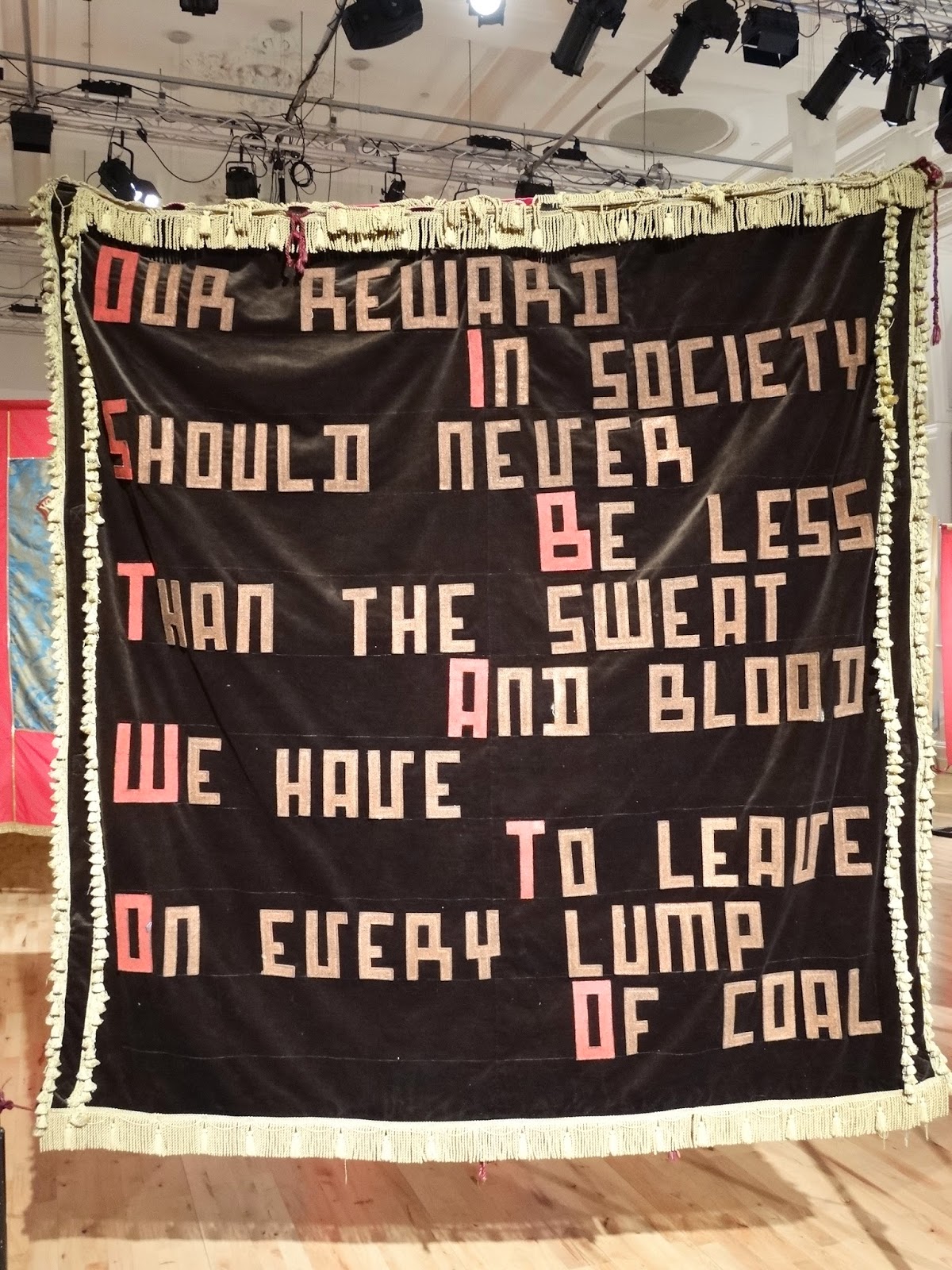 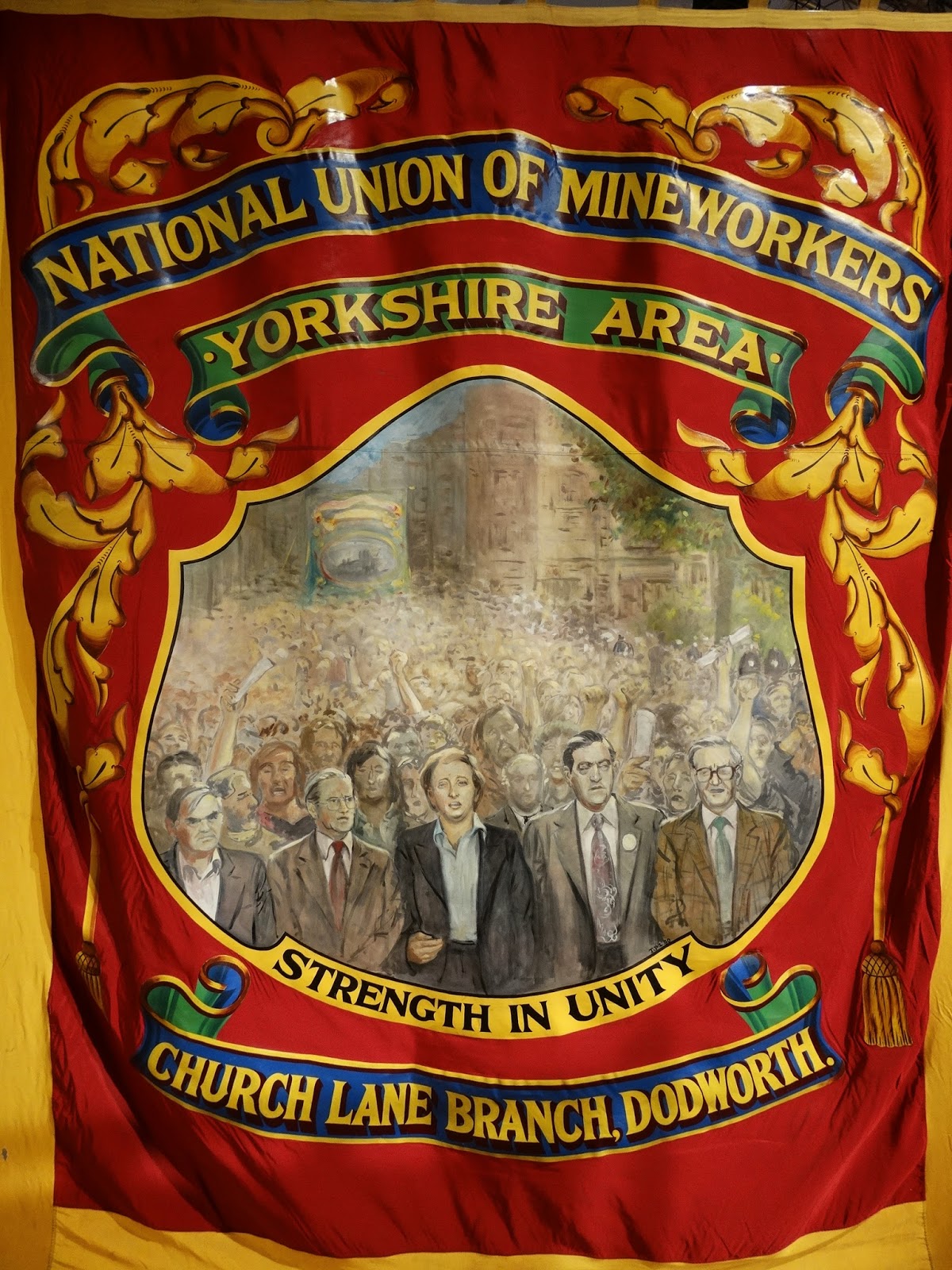