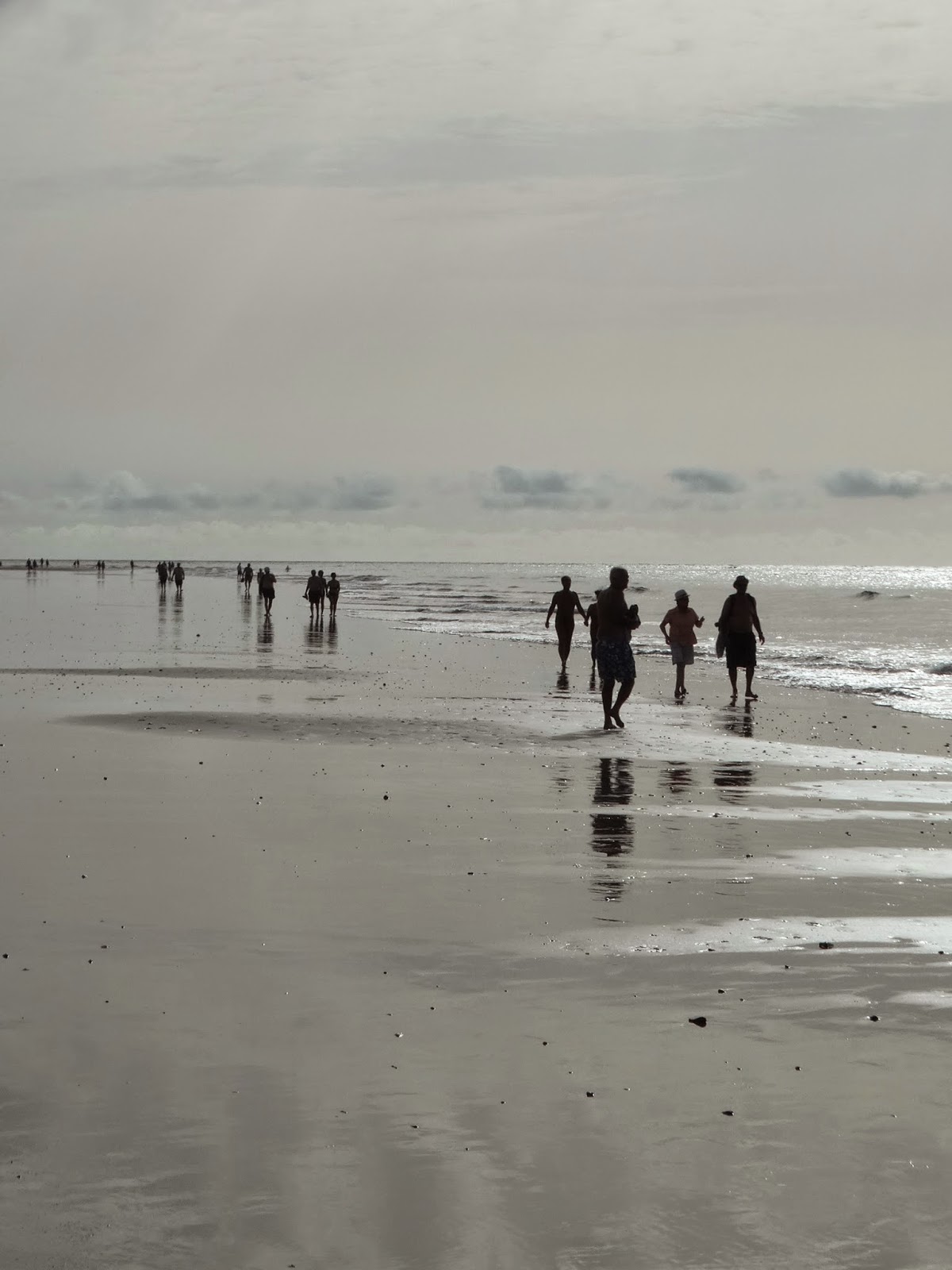 On the beach that curls round the dunes at Maspalomas you will see people walking. Dozens of them in all shapes and sizes. There are lots and lots of hotel rooms in the area and it seems that this is a southern Gran Canaria holiday tradition - simply strolling on the mile long strand. Infrequently, you will observe naked German naturists with folds of flesh or shockingly bony frames - as if they have just stepped out of information leaflets about anorexia nervosa. Walking along like the rest of us. They are not underwear models. That's for sure.

Away from the beach - in the volcanic rock mountains where occasional cacti flourish amidst lava geology, narrow roads wind themselves about the rugged landscape. There are small communities up here and houses built into rock faces so that you imagine the cooling caves within - sanctuaries from searing summer sunshine. It's like driving on Mars. So little sign of water or greenery - just those determined cacti and once in a while a concrete dam retaining a precious aquatic pool.
There were ancient people here two thousand years ago. It is said that they came from Africa. They made their homes in caves or shelters built from seaside rocks. They hunted birds and prised shellfish from the shoreline. This was long before Spanish mariners arrived to claim the island for the King of Spain. However, on a rugged wall in child-size sprayed letters I read "The Canaries are not Spain!" and elsewhere in Spanish there are graffiti pleas for independence and "liberty" - whatever that might be.
One day we visit Las Palmas - the capital - with a population of over 300,000. We only stay an hour because of the parking police and there's only time to get a flavour of the historic centre before returning to our holiday complex via the dual carriageway that runs down the island's eastern flank.

Otherwise it's a lazy, uneventful holiday - basking in thirty degree sunshine, reading books, cooling ourselves in the pool, eating simple lunches on our little terrace, talking and being a family again before taking the Saturday evening flight back to Birmingham. Sometimes you need holidays like that.
- September 15, 2014