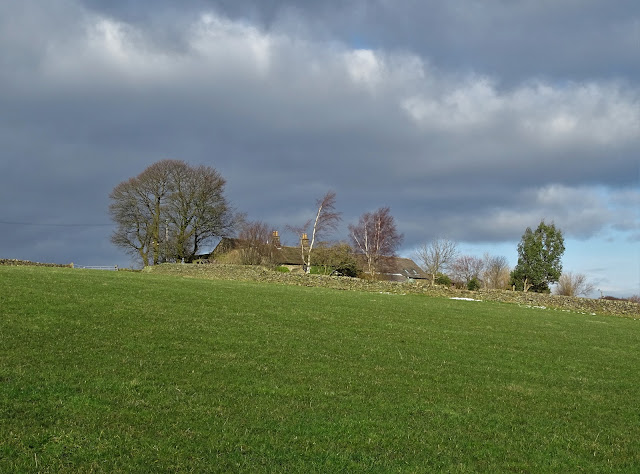 Flash is a tiny agricultural settlement that sits on a ridge between the Rivelin and Loxley valleys west of Sheffield. It should not be confused with  Flash in Staffordshire which is the highest village on this island at 1519 feet above sea level.

Our Flash clings to the ridge like a limpet on a rock at the seaside. It needs to have a good grip because this hilltop is often buffeted by winds. I am sure that the winter temperatures up there are significantly lower than those recorded at lower altitudes in the city's river valleys. Below you can see Flash Lane near its junction with Riggs High Road. 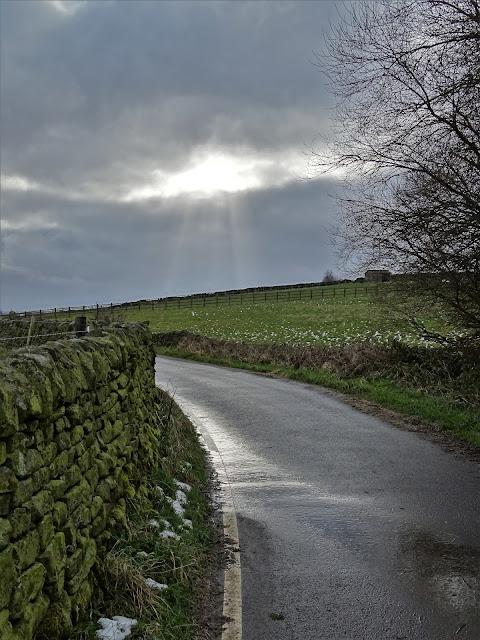 And here's another picture of Flash itself. Some people think that it is just a single farm - Flash Farm - but there are in fact three residences there. One of them is owned by a doctor who worked at Shirley's health centre until his retirement a few years ago. I am secretly quite jealous of him because he and his wife recently holidayed in Bhutan in the Himalayas. 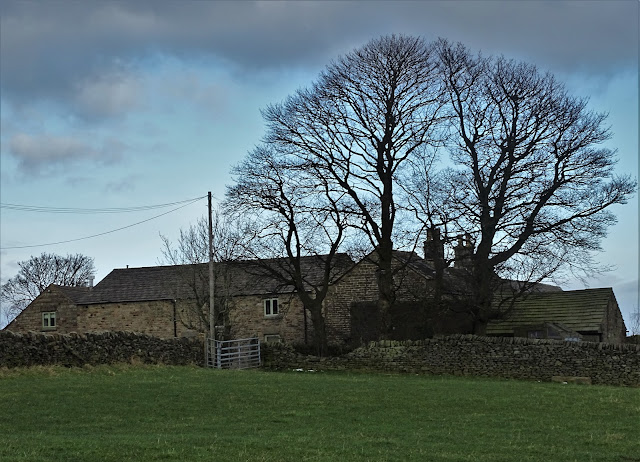 I was walking on tarmacadam lanes yesterday afternoon - deliberately avoiding muddy fields and slippery paths. My two hour route was circular, leading me past Flash, down Dobb Lane and along Woodbank Road then climbing up to Stannington.

Clint was parked in the little lay-by next to Bowshaw Cemetery - a small Quaker family graveyard that I have blogged about before. It was as I was taking my boots off that I realised I was no longer in possession of  my Hull City beanie hat. What a calamity! That hat has been one of my favourite inanimate companions for twenty years or more. To lose it would be a terrible blow.

I sped back to Christ Church in Stannington where I had been snapping ecclesiastical pictures and there was my beloved woolly headgear sitting on the wall. My spirits immediately brightened in  a pleasant flash of  heavenly relief!