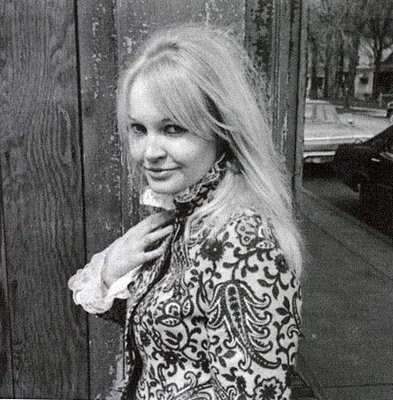 This is Echo Helstrom, Bob Dylan's high school sweetheart in Hibbing, Minnesota (copyright Toby Thompson) .It is a grim iron town that experiences harsh mid-west winters. For five decades, Dylan has endured as a truly gifted songsmith and yet references in his songs to his 1950's childhood, high school years and hometown are remarkable because of their absence. Finding out about Echo is very tricky - partly because there is an Oregon-based band who adopted her name. However, it is claimed that in Echo's home - in a gold-coloured picture frame - she placed the following song lyric which, more than any other, harks back to Dylan's early years and the life he left behind. Almost certainly and with some wonderment, she will have frequently considered the young man who slipped out of her life and out of her town in the summer of 1959. He will be sixty nine years old on May 24th - my late mother's birthday, the day Shirley's mother died and the day on which Hull City made it to the English Premiership. I've always loved this plaintive song....
Girl Of The North Country
If you're traveling in the north country fair
Where the winds hit heavy on the borderline
Remember me to one who lives there
She once was a true love of mine.

If you go when the snowflakes storm
When the rivers freeze and summer ends
Please see she has a coat so warm
To keep her from the howlin' winds.

I'm a-wonderin' if she remembers me at all
Many times I've often prayed
In the darkness of my night
In the brightness of my day.

So if you're travelin' in the north country fair
Where the winds hit heavy on the borderline
Remember me to one who lives there
For she once was a true love of mine.
- March 30, 2010