Occasionally, I find myself being cruelly ribbed by a gentleman who lives in Georgia, USA. He is an urbane and erudite blogger of mature years. His blog is titled "Rhymes With Plague" because I imagine that on many occasions he has used this remark to clarify the spelling of his surname. He is Robert H Brague who last year won my coveted "American Blogger of The Year" award.
Very recently he posted a YouTube clip of an ancient Londoner singing along to his ukulele and declared that this was me! I can assure you it was not. Furthermore, he implied that my saintly daughter was only "pretending" to study in Birmingham, Alabama where in fact she has been working like a coalminer at the face of knowledge - demonstrating to the lazy burger-munching Yankee extras from "Grease" what it means to be a proper student.
So who is my tormentor - this Robert H Brague? The only picture we see of him in his blog is of when he was a small child - shortly after photography was invented. I decided to do a little investigation via an obscure and little-known search engine called "Google". I clicked on "Images" and then carefully typed in Robert H Brague expecting to see several pictures of the old rogue but the results were confusing. Is this him? 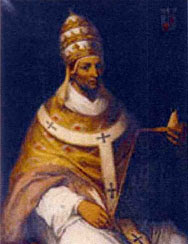 No, it's Pope Johannes XXII....So was this him? 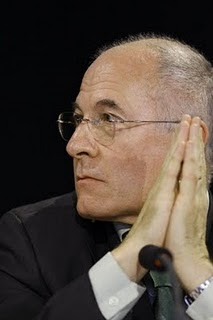 No it's a writer and intellectual called Remi Brague so it couldn't possibly be the man I was after.

Finally, I thought I had struck upon him - Robert Brague! (see above) A Catholic priest who allegedly died in Venice, Florida in 1997 but could so easily have faked his own demise and fled to Georgia. I was disturbed to read of the guy's rather unsavoury past which led me to think I was definitely on the right track until I spotted his middle initial - J not H. It wasn't him after all so the hunt for Robert H Brague continued. I went on to the second page of the search results and I knew I had my man... 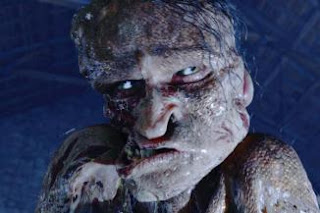