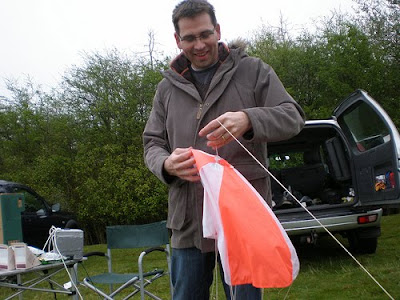 Above Robert Harrison prepares one of his balloons. Below the amateurish payload construction. 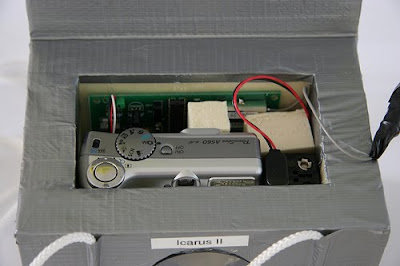 Hobbyist Robert Harrison is of course a Yorkshireman. At the age of thirty eight, he lives on the outskirts of Highburton near Huddersfield with his wife and three children. He is an IT director but in his spare time loves messing about with balloons, cameras and suchlike - linked with which he has also spent a lot of time educating himself and making useful links via the internet. Gradually, something called the Icarus Project developed - a bunch of amateur weather balloon and aerial photo enthusiasts led by Robert himself.
I checked out his Flikr photostream which not only illustrates the amazing results of his little hobby but also wedding and family photos. This is a real amateur we are talking about. For round about £500, he recently sent a camera up into the sky after first checking jet stream activity and informing local air traffic controllers. The semi-inflated balloon with its Heath Robinsonesque payload went up and up and up to 35,000 metres above this planet's surface, to the very edge of outer space, all the time snapping pictures of the Earth below.
Aided by his mother as driver, Robert was able to track his balloon when it parachuted down three or four hours after the launch. It was tangled up in some trees. Later, sitting in a pub with his laptop he was able to marvel at the results of his most recent launch. "Ooo you are a clever lad Robert!" beamed his mother.
A couple of weeks later, "The Huddersfield Examiner" got hold of the story and it wasn't long before the world's media were pursuing this good news tale. NASA were also inquisitive and contacted Robert to see how he'd managed such amazing results for under £500. They spent several millions more to achieve similar success. You see, if NASA was run by Yorkshiremen, we'd have astronauts on Mars and still have change for a portion of cod and chips. Well done Robert! Yorkshire is proud of you. 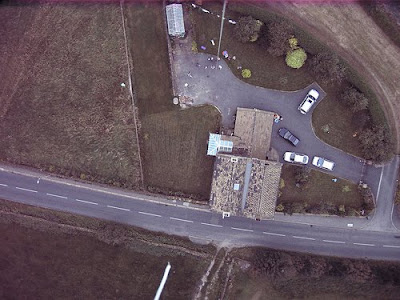 Above Robert's humble Yorkshire home soon after the launch of
Icarus II. 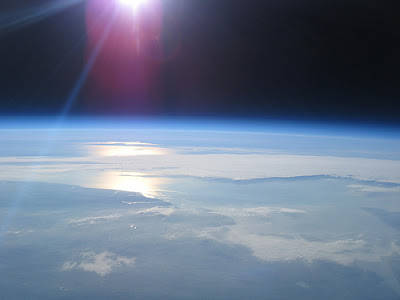 Above - the contraption is at 35,000 metres, on the edge of space. Below - Robert's favourite photo - showing The Wash on England's east coast. 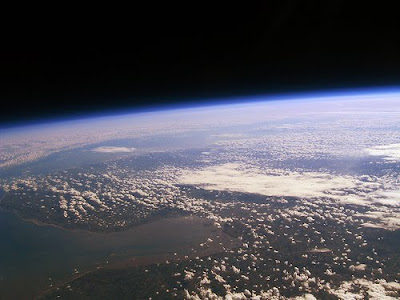