Thurgoland is a funny name for a village. It has evolved through the centuries. About 1200 years ago it was simply the land cultivated by Thorgeirr who we might well presume was a Viking settler. I parked there yesterday and set off on a long walk I had planned taking me from Thurgoland via Wortley Top Forge to Green Moor where I snapped this picture of the old village stocks:- 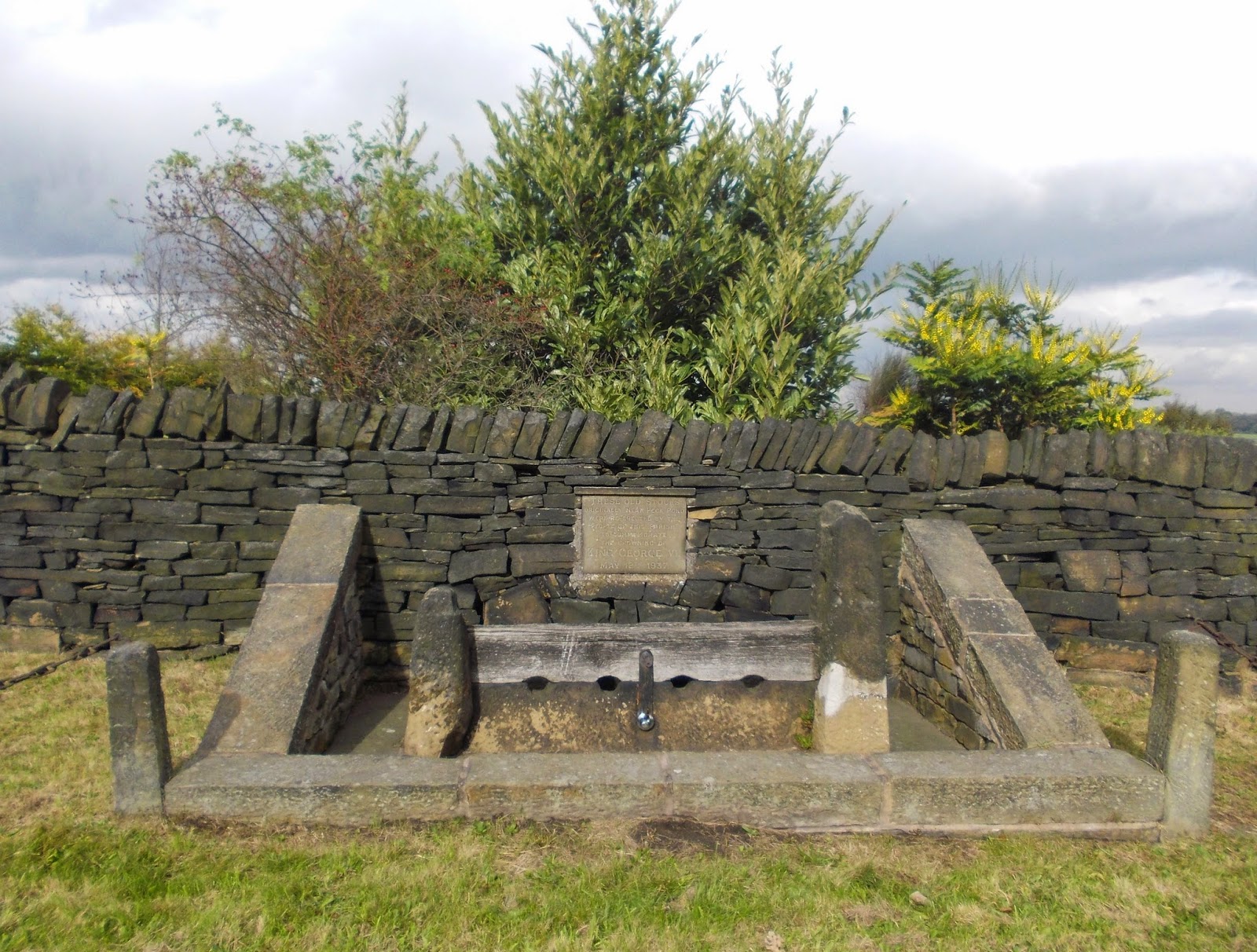 A little further along the moorland route that once carried drovers and jaggers in days before railways, canals or metalled roads, I passed by Hunshelf Hall which was mentioned in The Domesday Book though the current main house was obviously built much later:- 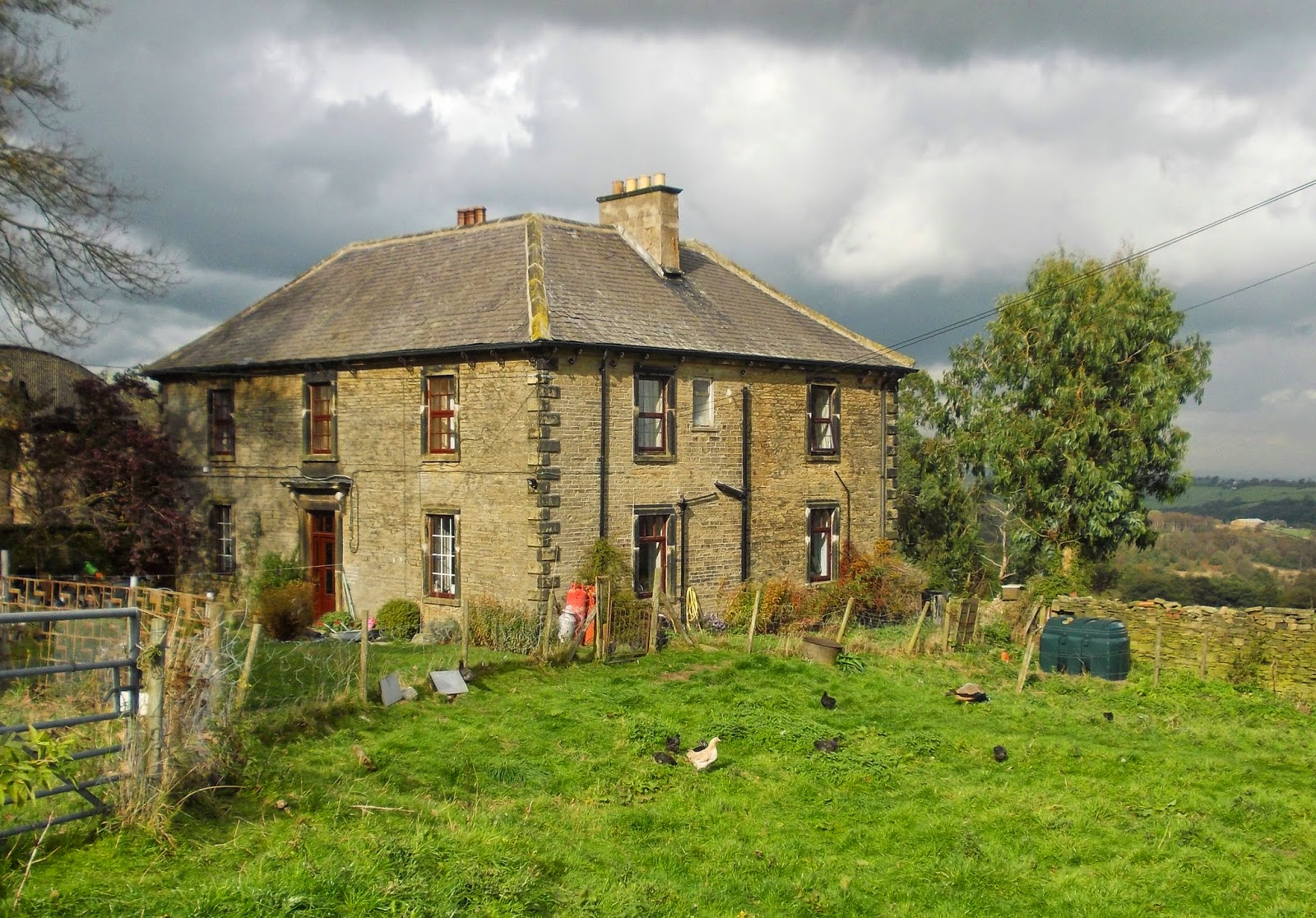 From Hunshelf Hall I headed down into the valley of the Little Don and in Sheephouse Woods near Stocksbridge I endured a heavy rain shower. Almost futilely, I sheltered under an old pine tree but it wasn't long before the rain found its way through the canopy giving me a right good soaking. I must have looked like a drowned rat as I plodded up to Cranberry Farm, taking this photograph of the signpost by the nearby crossroads:- 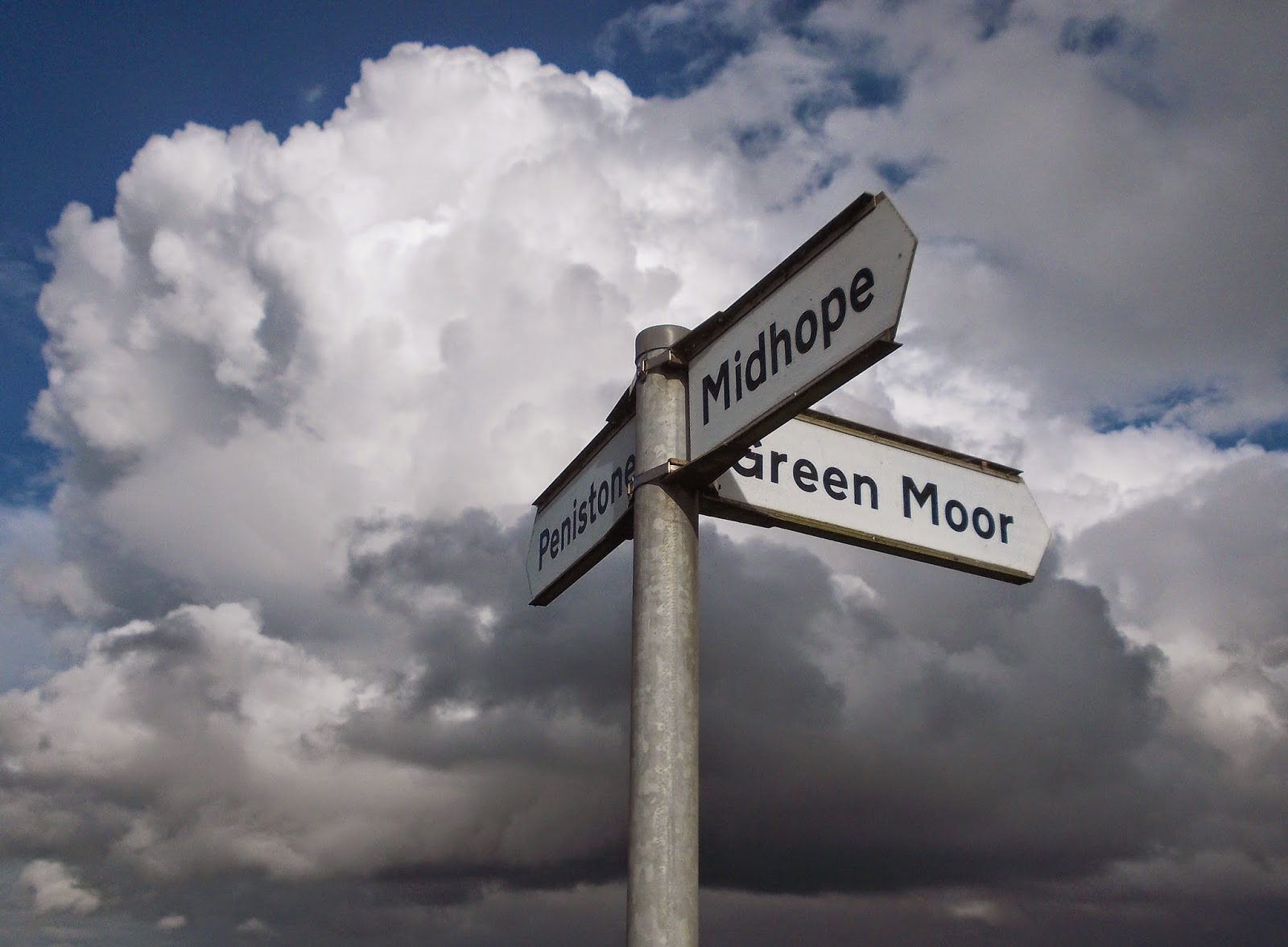 Onwards to Snowden Hill and Little Black Moor thence to Huthwaite Hall. Checking my map, I couldn't find the Transpennine Trail at this point which was puzzling and I only later realised that the disused railway track passed through a tunnel at this point. Silly me! So instead I walked along Huthwaite Lane where I spotted this memorial bench, erected in memory of a young commando called David Marsh who was killed in Afghanistan in 2008. He was only twenty three and his baby daughter, now growing up,  will of course never see him again. 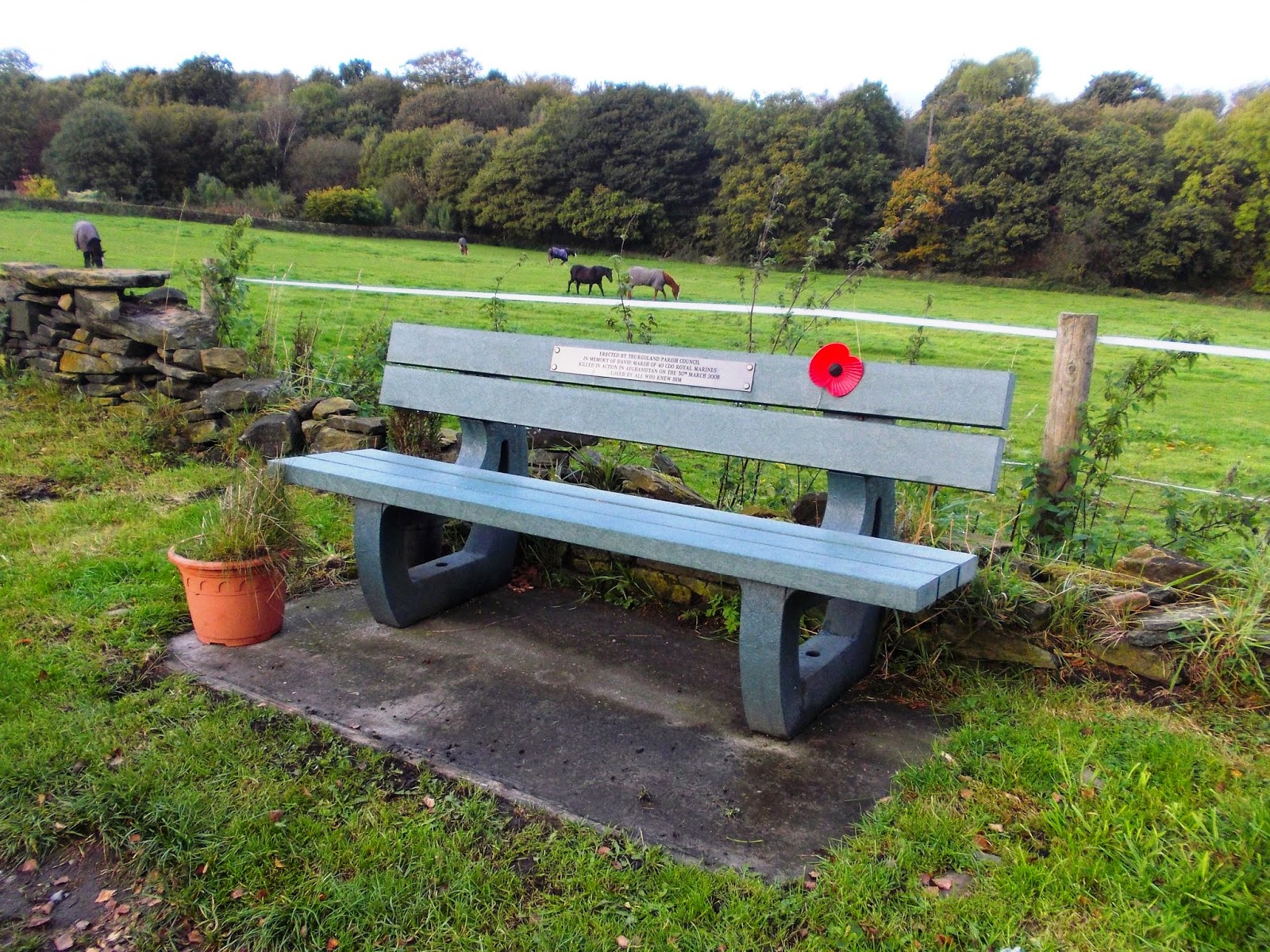 Today, Shirley wanted a walk in our  autumnal sunshine so we headed off to Chesterfield and parked by Brimington Road to take a stroll by the Chesterfield Canal. Now it accommodates a few narrowboat enthusiasts but it was constructed in the late eighteenth century for the purposes of trade - taking manufactured goods and stone products thirty miles eastwards to the River Trent at West Stockwith. The audacity and "can do" attitude of our Victorian forbears really makes you think sometimes. Here a narrowboat is being guided through the lock at Bluebank:- 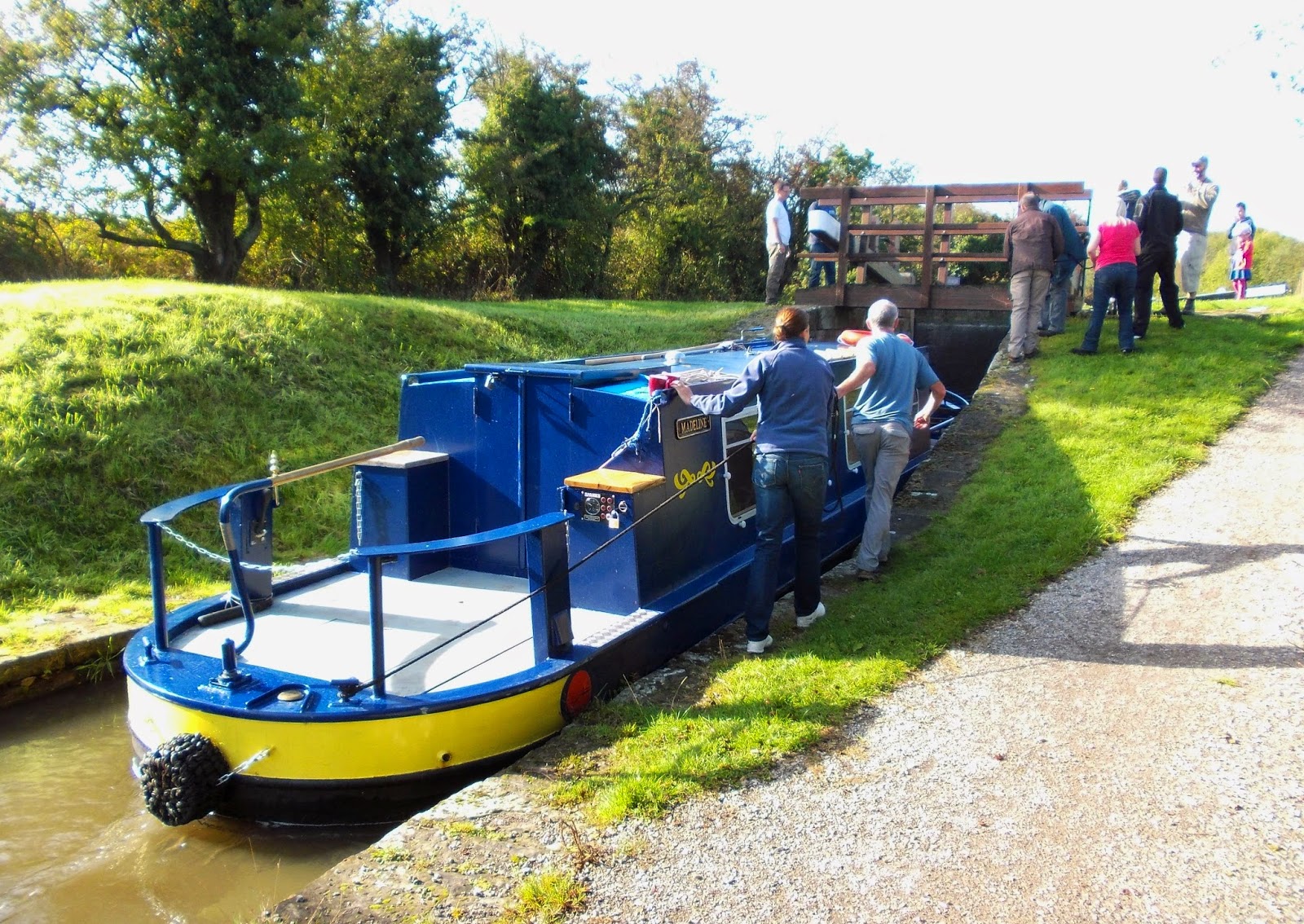 Here's Madam Pudding posing by the canal this afternoon:- 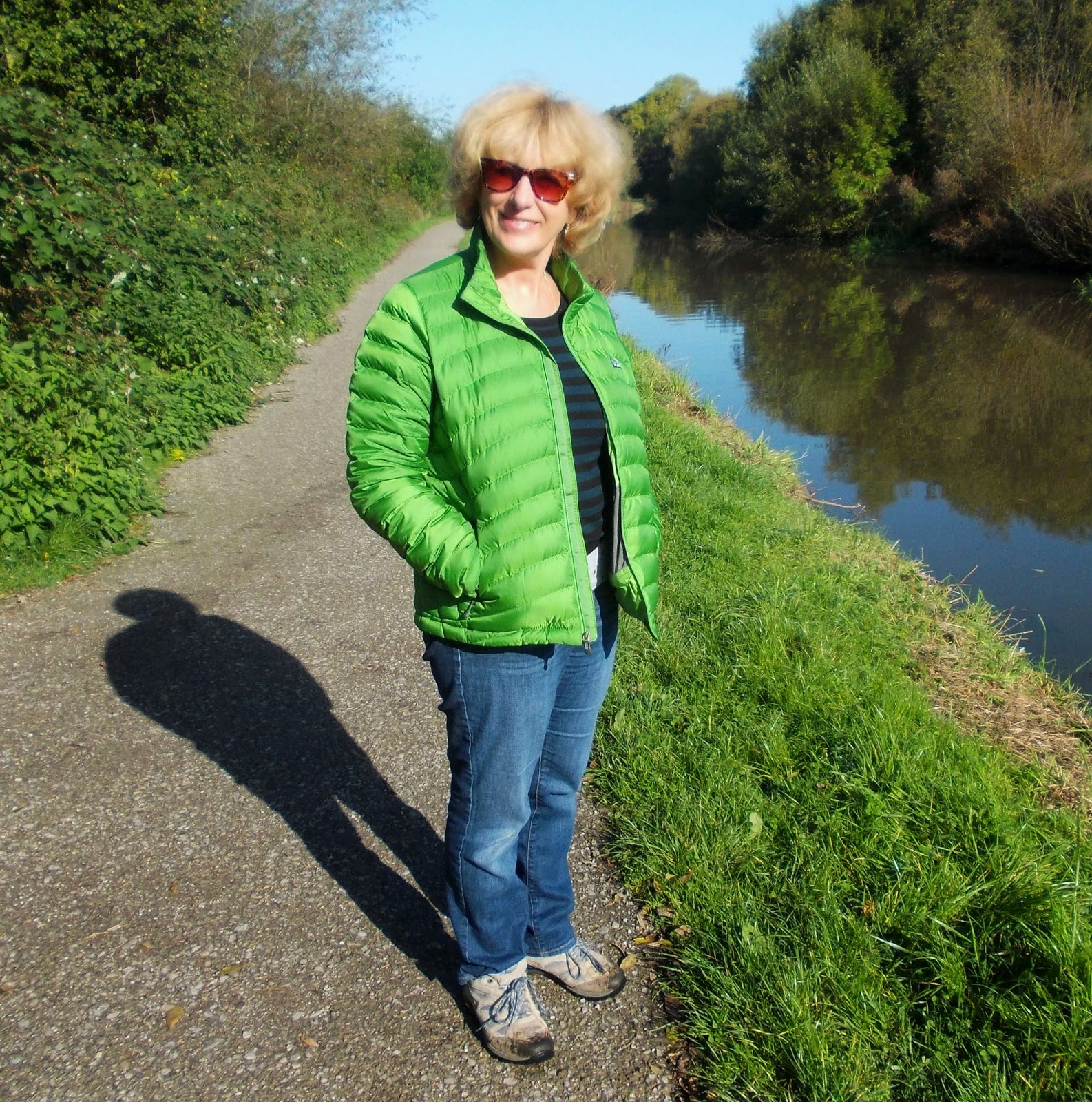 And here's the view from Bilby Lane Bridge back along the old canal towards Chesterfield:- 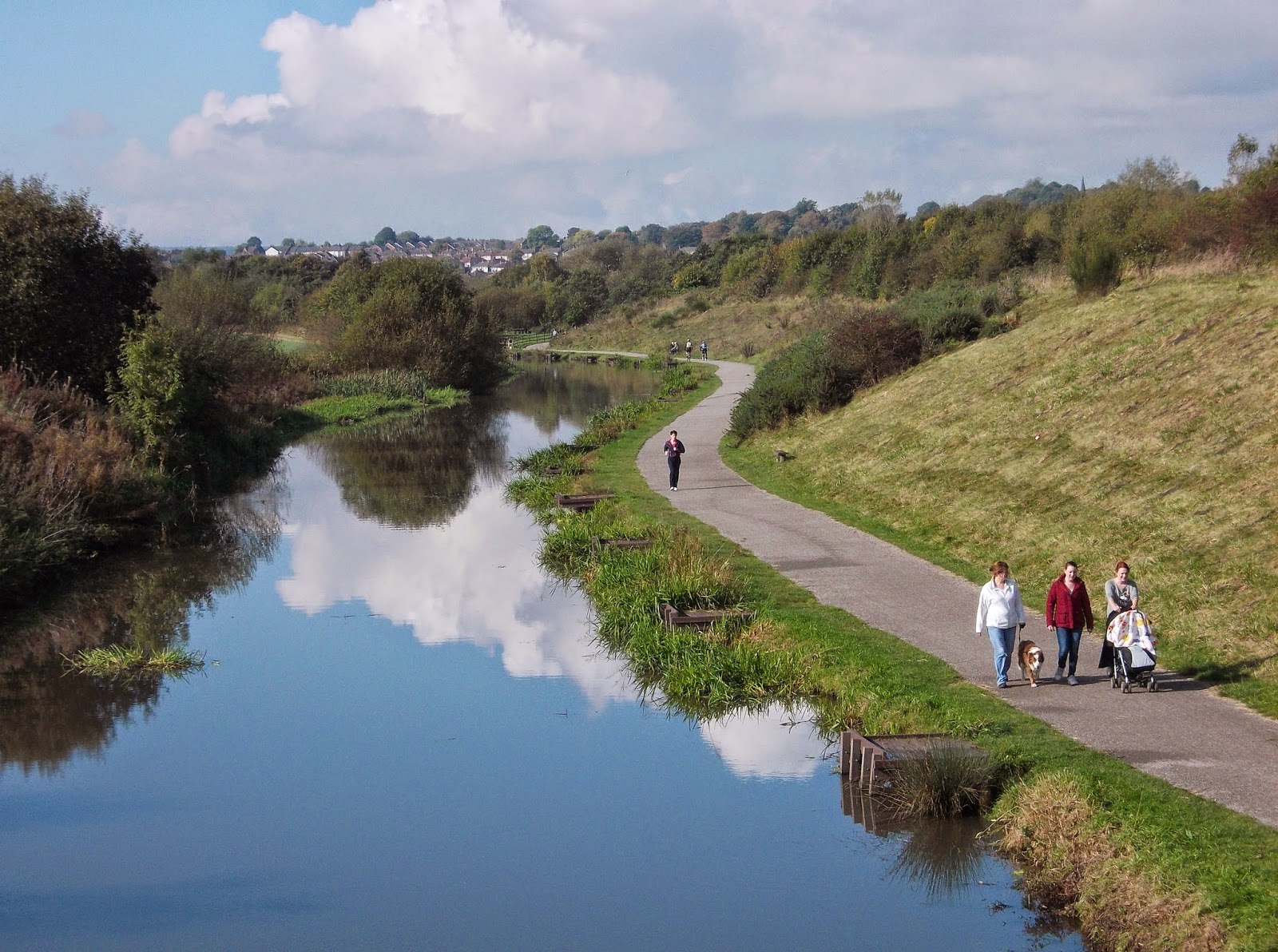 Afterwards we had Sunday lunch in "The Mill" on Old Station Road. Delightful, good value  home-cooking in an independent community pub. Bizarrely our waitress was from Gold Coast, Australia. I guess it's rather different from Chesterfield where surfers and bronzed beach babes are always in short supply.
- October 12, 2014