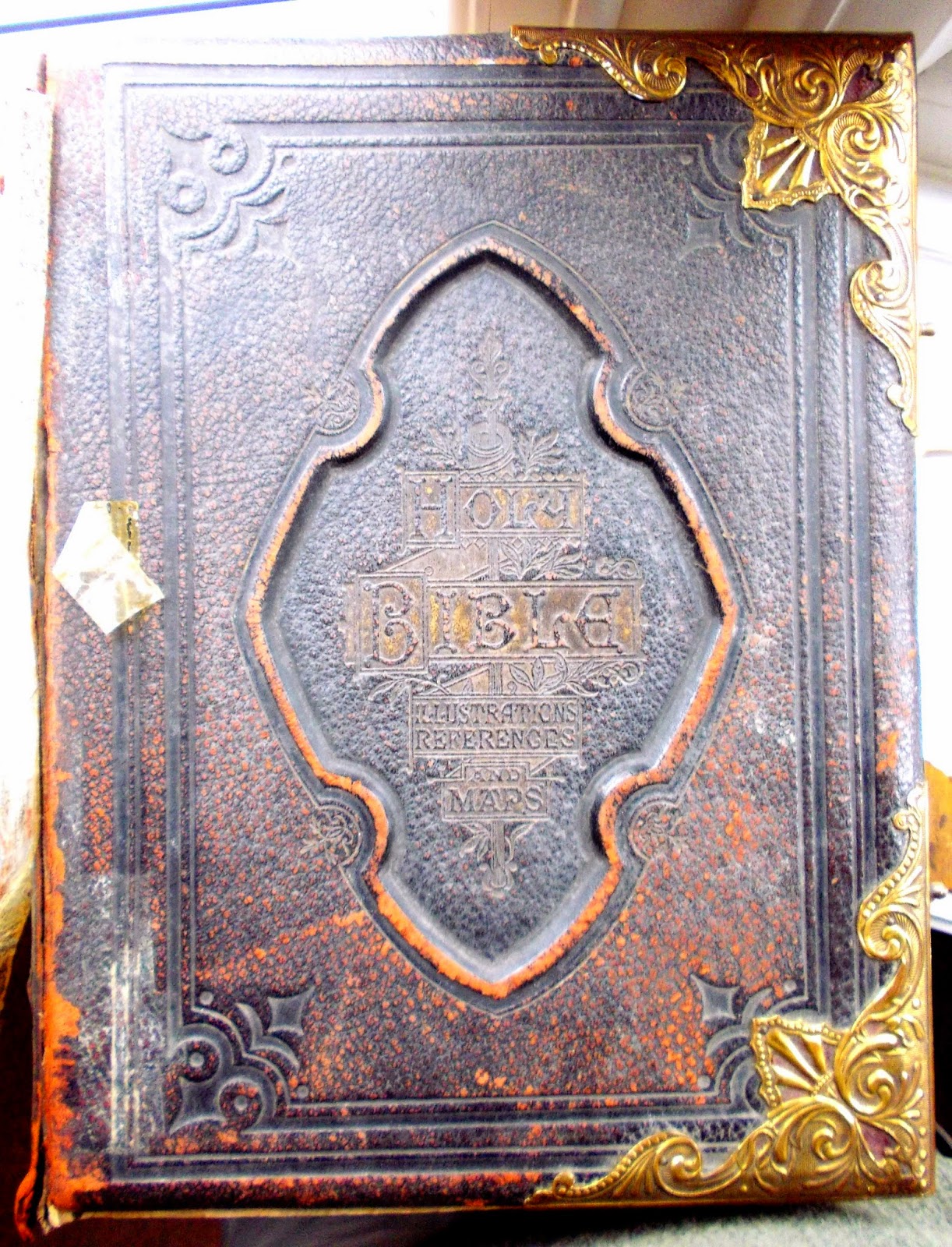 I became an atheist when I was about ten years old. God, Jesus, Creation, angels, Satan, wise men from the east, miracles etcetera - it just didn't add up. And now over fifty years later, I am more secure than ever in my godlessness. Strange then that last weekend I acquired a whacking great Bible.

It's more than a hundred years old and if I had a thousand of them I could build a solid house - The Bible House. It's sitting on our living room carpet as I write this blogpost - "The National Comprehenive Family Bible" edited by The Reverend John Eadie, a Scottish theologian who died in 1876. It's like a lump of concrete and about as much use to me.

I imagine a Bible salesman knocking on miners' doors, peddling these family bibles - a penny a week perhaps and many homes would have succumbed to his sales techniques even though his customers were generally very poor, living from wage packet to wage packet and from rent collection to rent collection. But never mind they could now find solace within the pages of their comprehensive family bibles, couldn't they?

It is a shame that my great grandparents and later my grandmother didn't keep up the family section at the beginning of this old bible. There's very little to see but what I did discover is that John Thomas died a mile from this house - in Fulwood, Sheffield, a year after my birth. He would have been eighty two. I guess I will never know if my mother attended his funeral nor why he was residing so far from his previous home.

The Bible is filled with fanciful pictures which are more meaningful to me than all that tired verbiage, for I reside like Cain in the land of Nod:- 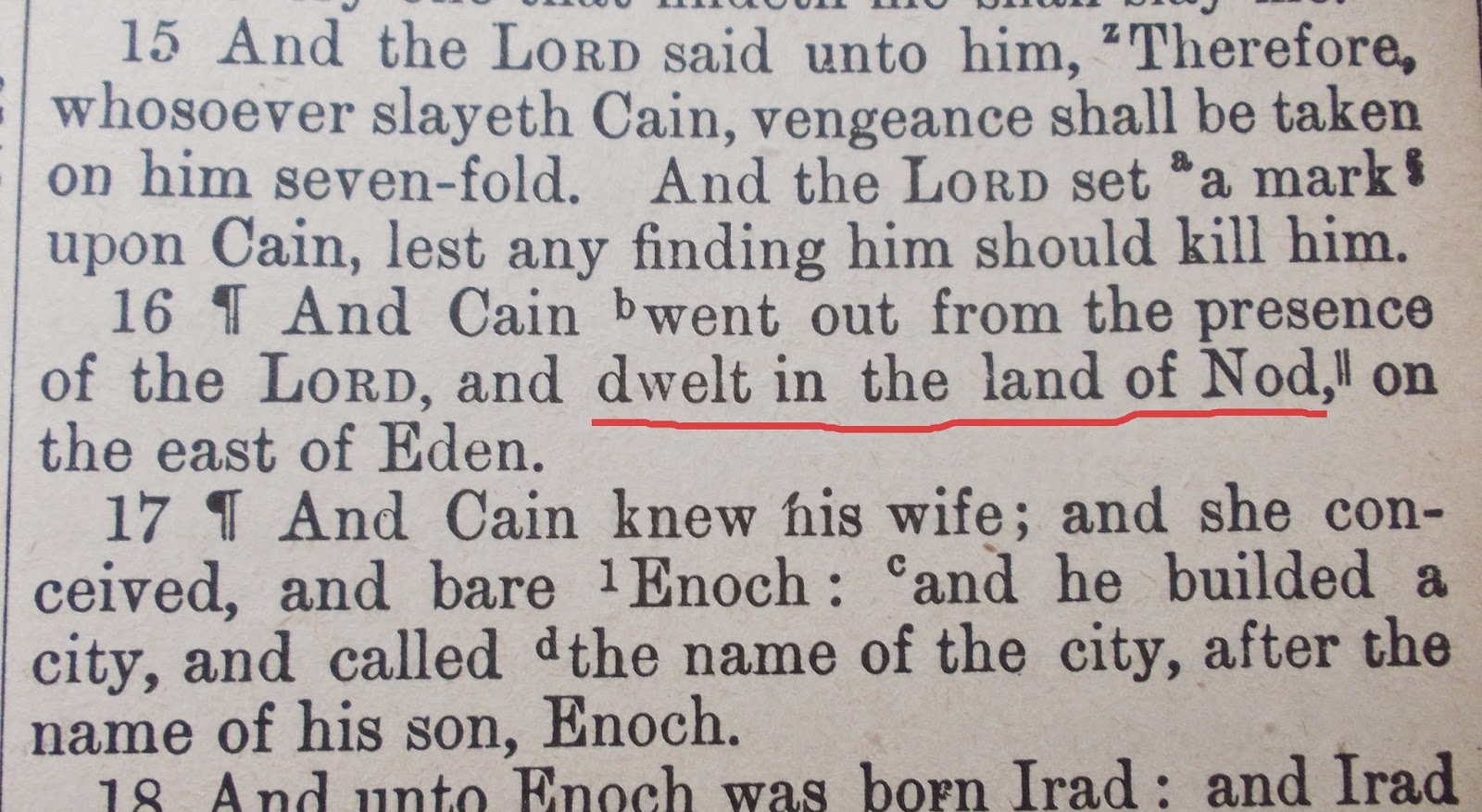