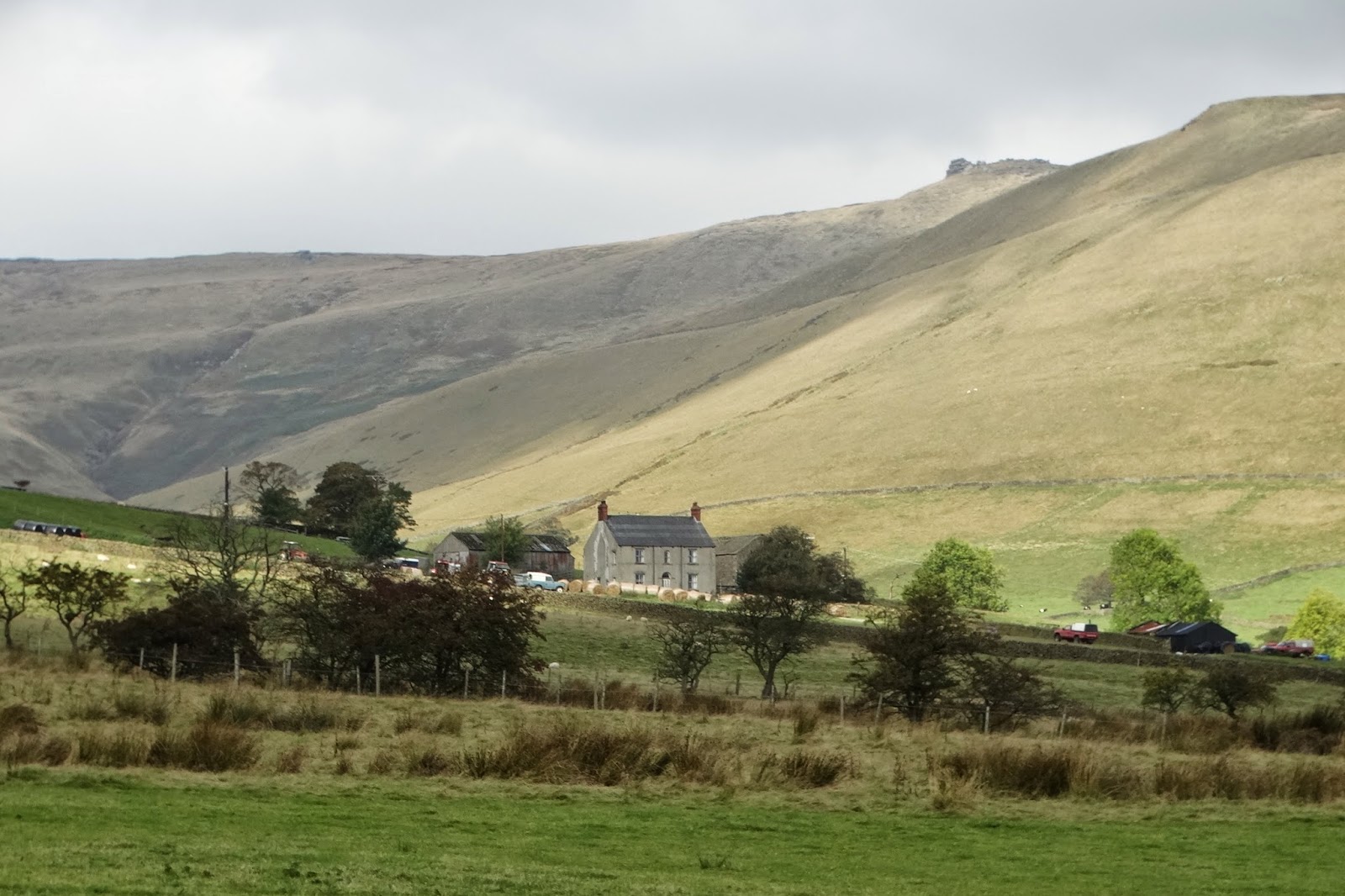 Another day for knee-testing. Westwards to the Pennines. From Hope there's a road that leads to the Vale of Edale. If you have been following this blog for a while you will know that it is one of my favourite places on Planet Earth. Once a secret agricultural valley in England's uplands, till the railway arrived, it is still beautiful - nestling amidst formidable hills.

I parked near Barber Booth, by the lane that leads to the hamlet of Upper Booth. Here a small railway viaduct whisks trains towards Cowburn Tunnel. This three kilometre feat of Victorian engineering was finished in 1891 - a key feature of the most direct railway line between Sheffield and Manchester.

The walk took me past Highfield Farm (see above) and then to Dalehead - once a farm but now a bunkhouse for city people and parties of school children seeking refuge in the great outdoors. From Dalehead and sweating like a pig I ascended the slope to Colborne Moor where the steep gradient eased and I found myself on a moorland plateau. Thankfully September has been exceptionally dry this year so the moor was not as boggy as it might have been.

After photographing a ruined stone sheepfold, I arched round  towards a ventilation shaft I had only seen before from afar. The weather appeared to be changing with rain clouds looming over Rushup Edge and a thin drizzle beginning to fall. The ventialtion shaft is of course linked to the Cowburn Tunnel and it stands on the moors like a sturdy stone fortress with trains trundling by a hundred feet below. 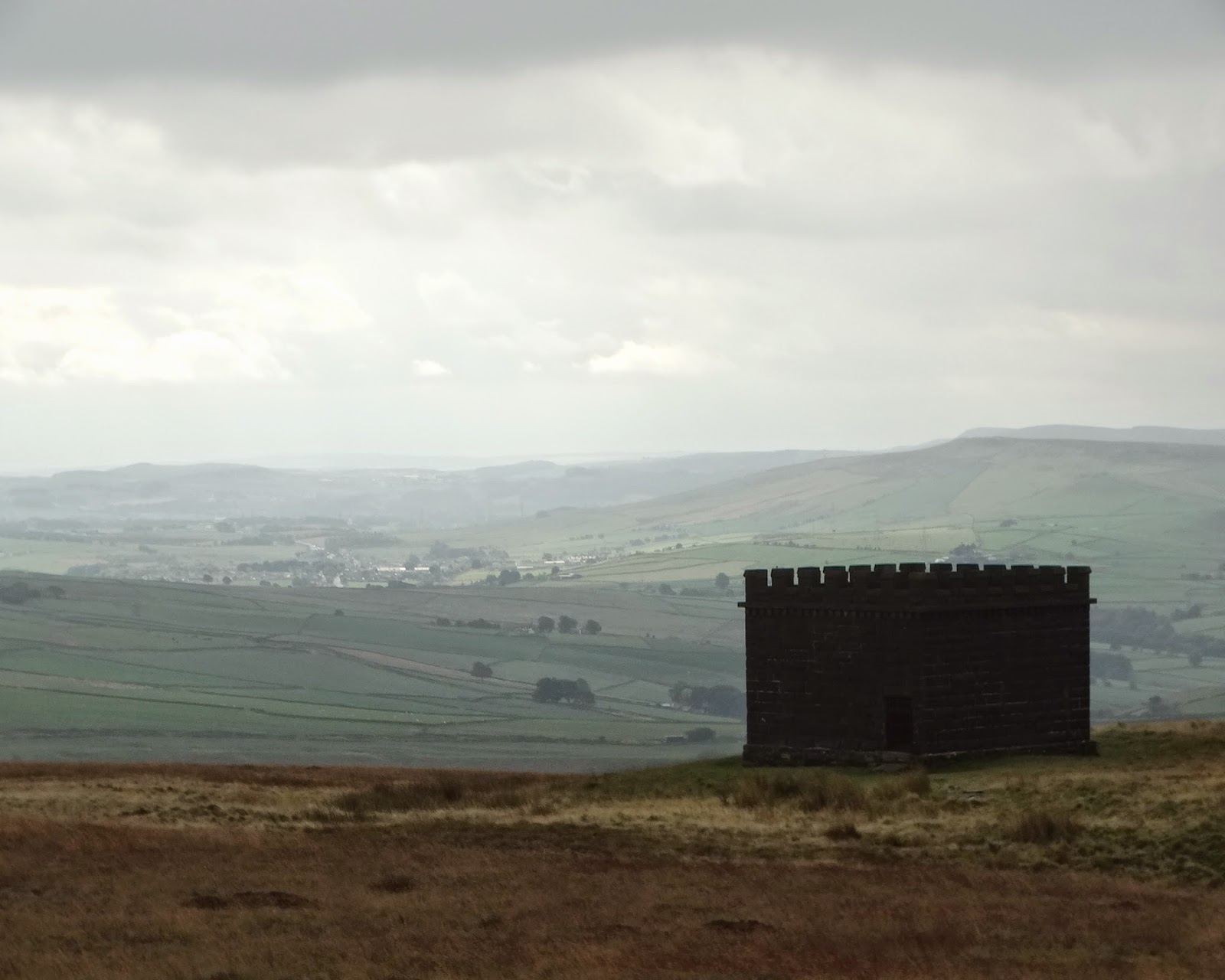 And then I followed the remains of an old stone wall that leads all the way back across the moorland to a track known as Chapel Gate. This takes you back to the Vale of Edale. By the side of the track there was this little mushroom:- 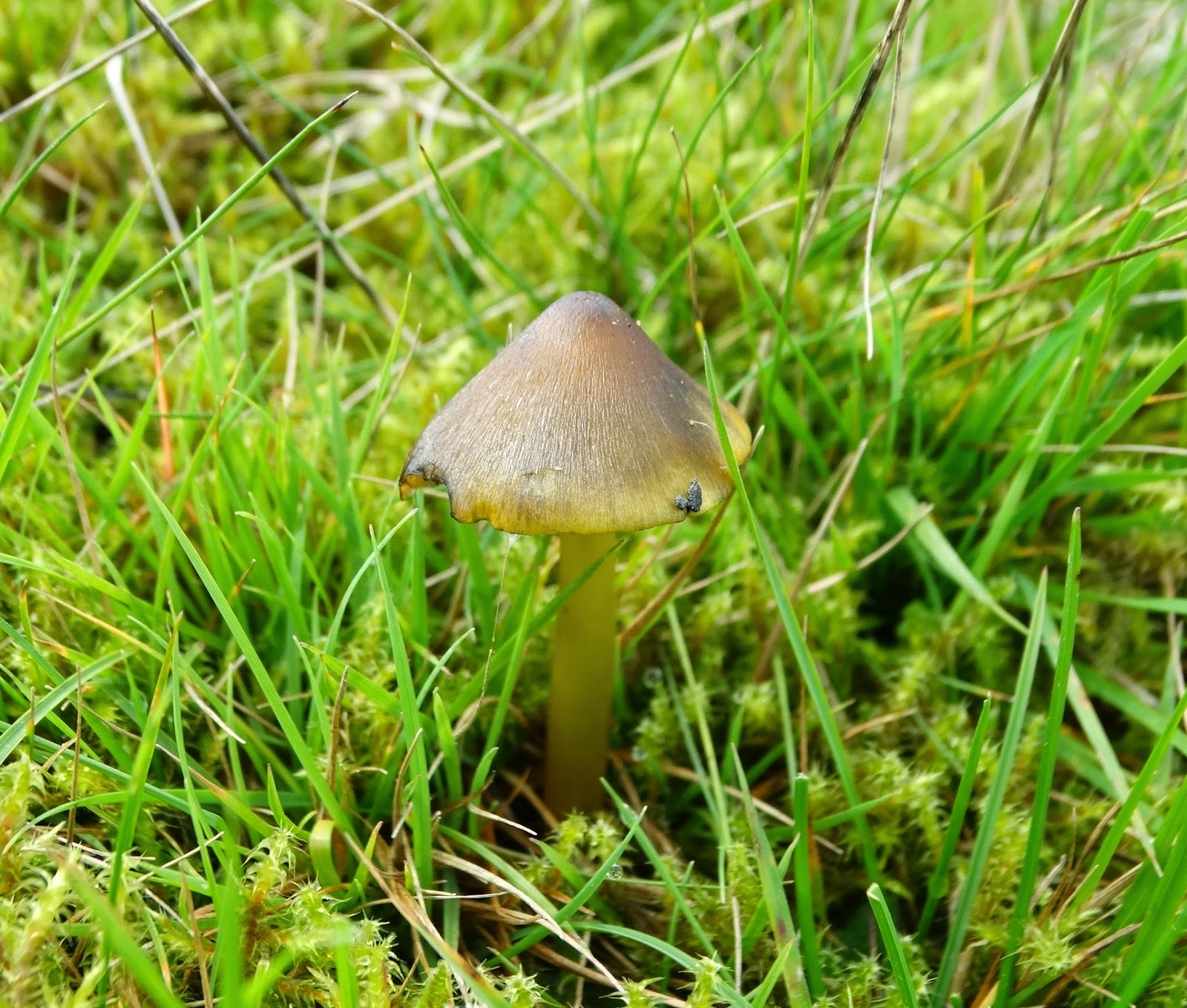 A short distance further on and I was looking back into the valley towards  Dalehead:- 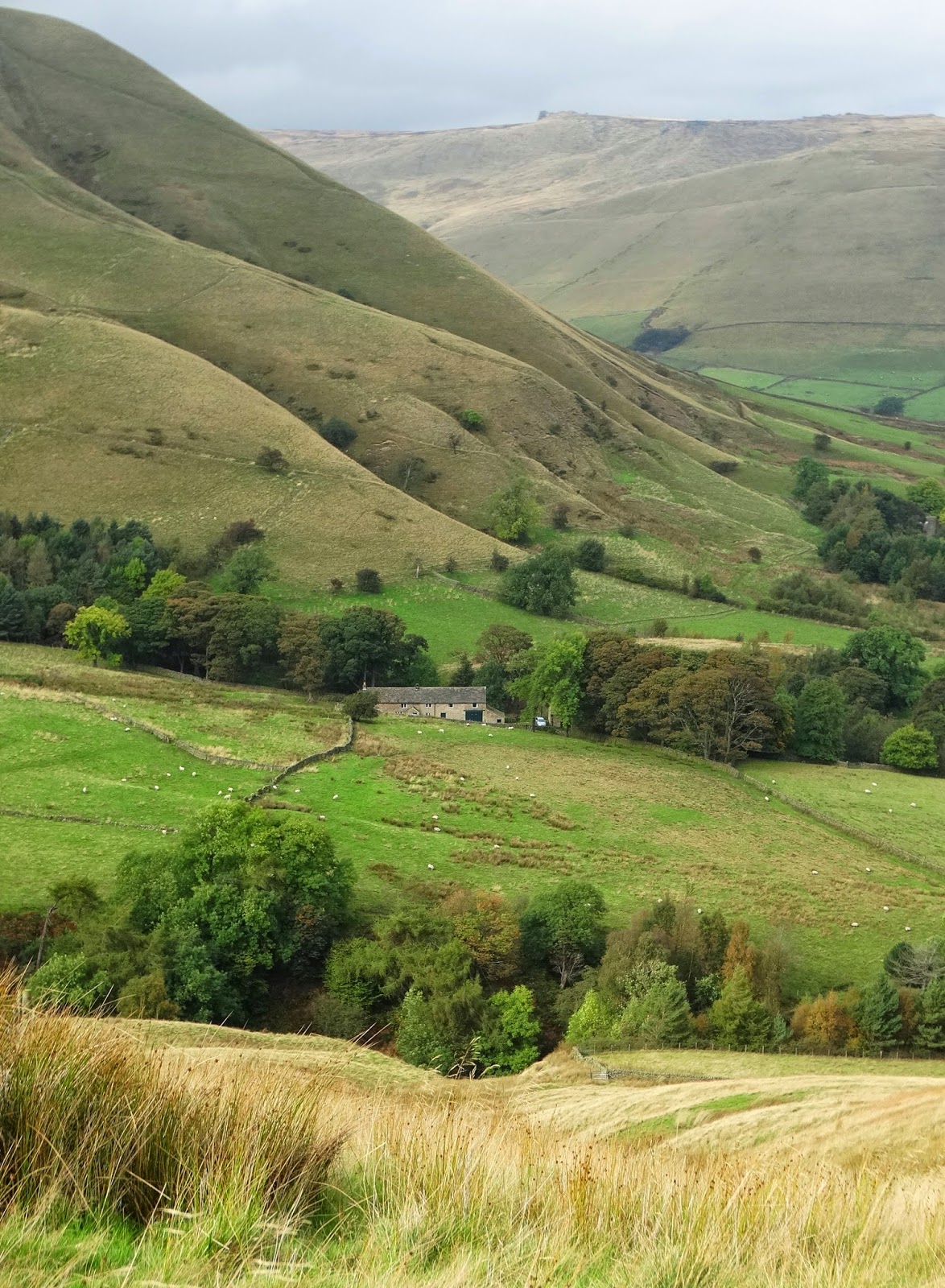 Once again the knee hardly complained on this walk and my confidence in it is increasing.
- October 02, 2014