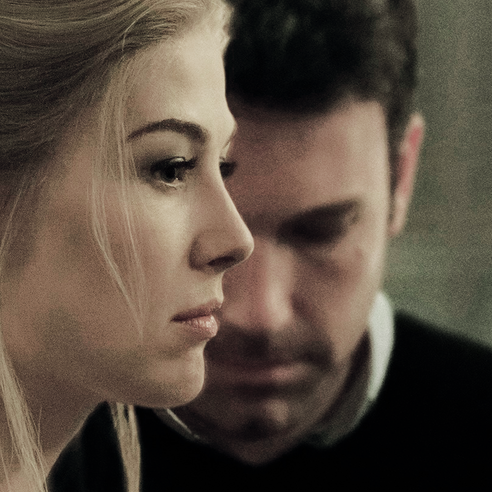 Bravo! To Rosamund Pike and Ben Affleck the stars of "Gone Girl" directed by David Fincher and based on the 2012 novel of the same name by Gillian Flynn. I saw the film last week and enjoyed it immensely. It is a kind of psycho-drama with a few unexpected twists and turns and an ending that is left hanging like a motor vehicle balanced on the edge of some Alpine precipice.

The visual construction of the film was splendid in its careful detail and this added to the development of dramatic tension. Though I had previously appreciated Ben Affleck's acting in "Pearl Harbor" and "Argo", cinematically-speaking I had never knowingly encountered Rosamund Pike before. I guess she has tended to figure in films that don't really appeal to me like "Jack Reacher" and "Die Another Day". Here in "Gone Girl" she was perfectly cast - expertly displaying her character's seesaw personality - half controlling and half insane. Surely she'll receive an oscar nomination for this excellent and most convincing performance.