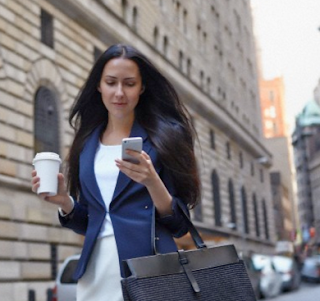 There are aliens amongst us. Not refugees and economic migrants from faraway places but real aliens, space aliens. You see them everywhere. They have merged almost seamlessly into our society. They come from the Planet Momby and are known as Mombies, a name that is in fact a compound noun, combining "mobile phone" with "zombie". 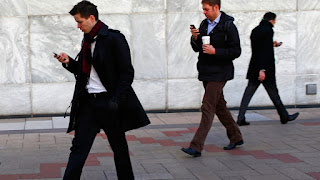 The behaviour of these Mombies is both fascinating and frightening. They are continuously in touch with their home planet as they walk around our city streets. Sometimes you see them chortling to themselves in the manner of nineteenth century lunatics. At other times, with earphones in, you may be aware of them trying to communicate with Invasion Control back on Momby:-

They are oblivious to the world around them - to other pedestrians, to traffic dangers, to potential muggers and to the fascinating sights and sounds of the city. It is as if they are drugged and the only thing that matters in the whole world is what's happening on their little mobile screens. Many's the time I have had to dodge them. Otherwise we'd be colliding and you don't know what you might catch through physical contact with a Mombie! 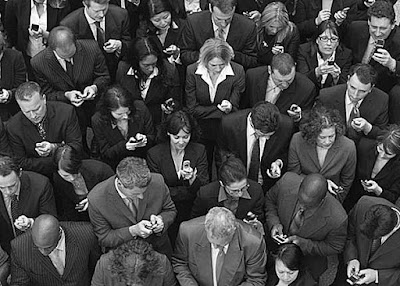