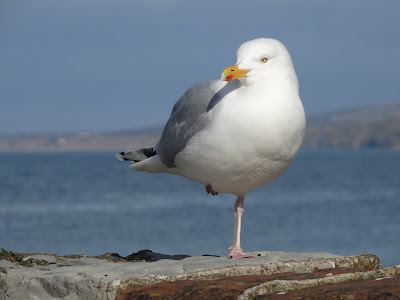 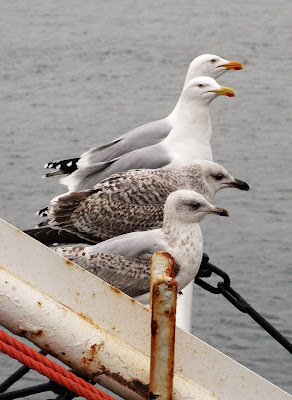 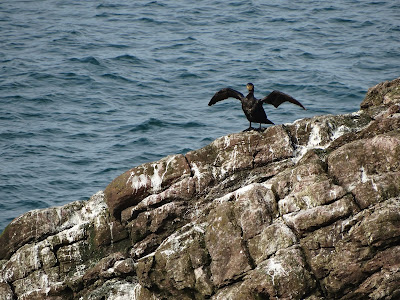 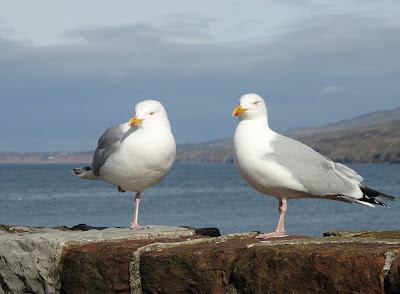 At Peel on the west coast of The Isle of Man. I have come to the conclusion that Donald the seagull in the first picture - who is joined by his friend George in the last picture - was indeed one-legged. He may have lost his missing leg in a fishing line incident. The second picture shows two adult seagulls with two of this year's newcomers. It may have been a family outing. And in the third picture you see a cormorant drying its wings ready for take off from the rocks. That's how it was in Peel today.
- March 22, 2016