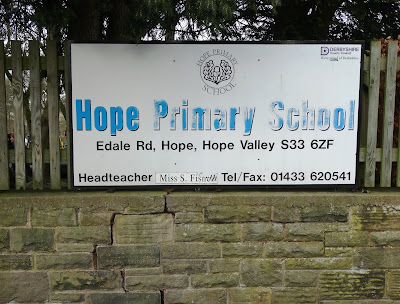 Hope is a village in The Hope Valley. It boasts three pubs, a  cement works, a little railway station on the Sheffield to Manchester line, a much extended fourteenth century church, a chicken called Kylie, a little methodist church, a primary school and a little secondary school that serves the entire valley. There are also two cafes, a village shop and an antiques and collectables shop called quite imaginatively, "Living in Hope". 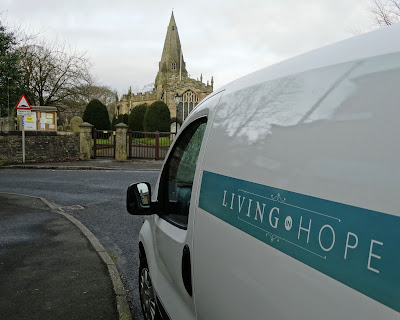 I have driven through Hope many times and have sometimes stopped there but last week I decided to make a special trip to Hope, hoping to take some good pictures. In Sheffield we had lovely blue skies and sunshine but twenty minutes later when I reached Hope, clouds were impairing the illumination I hoped to find in Hope.
I discovered an old "pinfold" in Hope by the lane that leads to Pindale. It was used as recently as the the nineteen sixties for penning stray farm animals. The man in charge of a pinfold was known as  a pinner and it was his job not only to round up stray animals but also to collect release fees or fines from the animals' owners. In Hope, the occupants of the pinfold were invariably sheep but a few minutes later I considered carrying Kylie the Killer Chicken there.

She came running from her dilapidated chicken hut to attack me... or perhaps she was simply hoping for some corn. After all, like the human residents of the village, she also lives in Hope.
- March 06, 2016