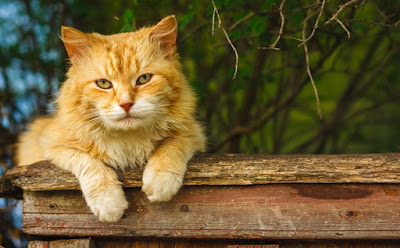 In Great Britain, the news is all about the forthcoming referendum on Europe. In or out? Out or in? That's what we have to decide on June 23rd. Why we need such a referendum now and why it all boils down to such a simple question, I have no idea. Personally, I would like to see more questions on the ballot paper - a string of questions connected with Britain's membership of The European Union.

For example - Should the European Supreme Court have power to override judgments made within the established framework of Britain's legal systems? And here's another one - Should the enormously costly European Parliament be consolidated within one location - Brussels or Strasbourg? And there are plenty of other searching questions it would be worth asking.

Even the main question proposed  - "Should the United Kingdom remain a member of the European Union or leave the European Union?"  would be better if one of the optional answers was "Not Sure" instead of just "Leave" or "Remain".

Looking ahead it is highly likely that millions of eligible voters will not vote for a variety of reasons on June 23rd. Many young people moving around in the rental sector seem to fall through the net of the electoral register and there are many intelligent, well-informed people whose decision not to vote should not be dismissed as pure apathy. In or Out may well be decided by a a few million voters when our country has a population of some sixty three million.

There are loud voices for staying and equally loud voices for going. None of them know what the future might hold. It's not about logic, it's about gut feeling. One of the things that I have always thought about the European Union is that it seems to be driven by big business and financial institutions. The well-being of the people can seem like a secondary consideration. You only have to look at the awful situation in Greece to see how much The Europe Union really cares about its citizens. Voting for big business does not come naturally to me.

In or out? Whatever happens on June 23rd, Great Britain will still be connected with Europe. If the vote is to leave, total disentanglement will be frankly impossible. Trade will continue and so will cultural exchange. The British people who now live on the European continent will not suddenly be coming home and our Polish builders will continue to lay bricks and plaster our walls. We will never have the ability to "go it alone".

The question on the ballot paper may at first appear straightforward but this is by no means a straightforward issue. That is why, for the time being at least, I shall continue to sit on the fence.
- March 12, 2016