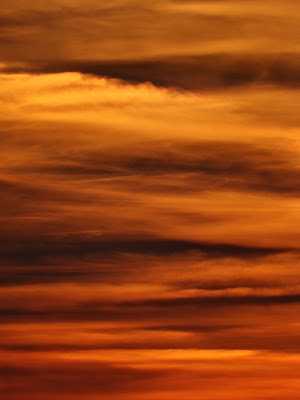 How wonderful it is to wake to silence and look out upon a verdant country estate. That's why we picked this lovely converted gatehouse - along a single track road where very few vehicles pass. Living in a city you are always surrounded by people. They're everywhere. Here you feel you can stretch out and almost forget about the rest of humanity.

The gatehouse was converted by the owners' son who is a naval officer. In extending it and modernising it, his watchword must have been "quality". No expense appears to have been spared on things like light switches, electric sockets, furniture, woodwork. There's even under floor heating in the section that has a Welsh slate floor. There's a modern woodburner in the dining area and in the bathroom a large square bath and a big walk in shower cubicle. It is spacious and quite lovely. On the slope below us a stream babbles by on its way to the sea.


The other night we went to nearby Church Bay specifically to watch the sunset over The Irish Sea and when we returned in darkness to our lane we saw not one but two cock pheasants in the lane. I slowed to a halt but they didn't scoot off. We watched them in the headlight glare for five minutes or more. 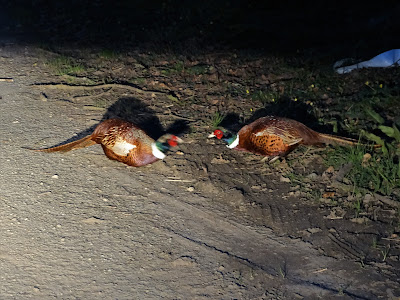 I don't know what was going on. It appeared to be some sort of ritualistic dance of domination. They seemed to mimic each other and occasionally lunge forward with beaks like daggers. Pheasants are such skittish birds normally so it was a surprise to watch them behaving like this.

On my last blogpost's theme of "Ancients", yesterday we visited a 5000 year old neolithic tomb near Moelfre on the east coast. It is estimated that the top slab weighs about twenty five tons. When first investigated by amateur archaeologists in the nineteenth century, the remains of thirty people were found in the tomb. Once it would have been covered  with earth to create a small  burial mound. There are various other burial sites on this fascinating island which it has so far been a real joy to explore. 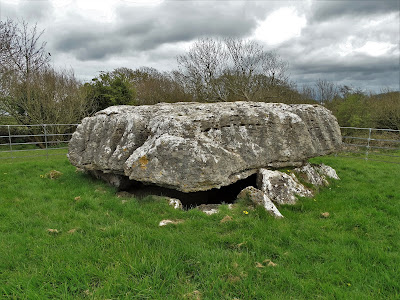