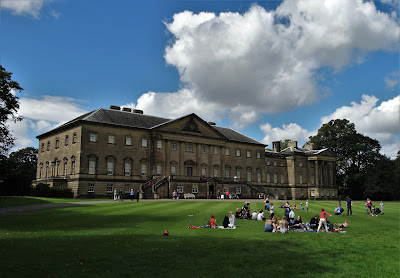 On Friday, my trusty steed Clint carried me deeper into Yorkshire. Up the M1, then through Barnsley on the A628 and then speeding onward through Lundwood and Cudworth until I saw the sign to Hemsworth. Then on through Kinsley and Sir Geoffrey Boycott's home village of Fitzwilliam until I reached my destination - Nostell Priory.

I had no plans to look inside the grand Palladian mansion - built for the very wealthy Winn family in the late eighteenth century. My aim was solely to stroll in the extensive parklands that surround the grand house. 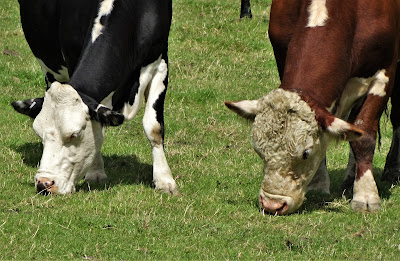 To secure a parking ticket at Nostell Priory I had to give The National Trust £4. They don't employ car park attendants any more as that would involve paying wages. You put your coins in a machine that begrudgingly spews out the precious paper token. Presumably wages have to be paid to a snooper who wanders around checking car windscreens. 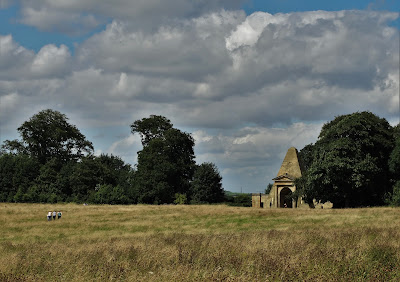 Anyway, I wandered around the grounds with the aid of a very inaccurate map. The highlight of this walk was the Obelisk Gatehouse designed by Robert Adam in 1776 - the year that America was kindly granted its independence by Britain. Sometimes called The Pyramid Gatehouse, it was once the main entrance to Nostell Priory but when a main road was constructed in the mid-nineteenth century between Wakefield and Doncaster - passing south of the estate, the previously favoured gatehouse fell into disuse. 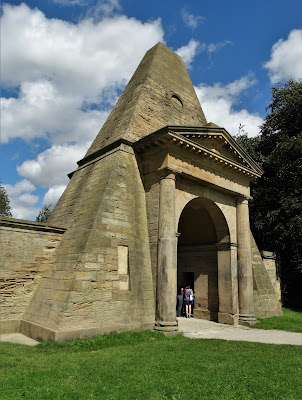 For a hundred years different gatekeepers and their families lived in the gatehouse. There are rooms to each side of the arch with an offshot kitchen to the left.

Another highlight of my wandering was The Druid's Bridge which passes over a tongue of The Lower Lake. I recently saw a lovely picture of this bridge and in fact it was that picture that gave me the idea to drive up to the Nostell Estate.

You might wonder why is the grand house called Nostell Priory? Well in the eleventh century there was a small religious settlement here - founded by Augustinian monks. They built a priory that was more or less razed to the ground during the construction of the estate we see today with its lakes, its woods, its follies, its lawns, its stable block and of course the jewel in the crown - the big house itself. 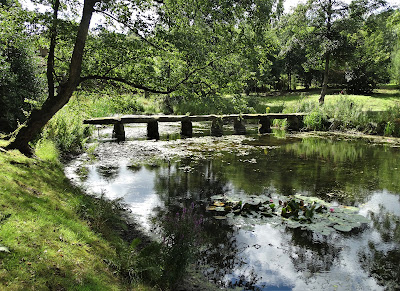