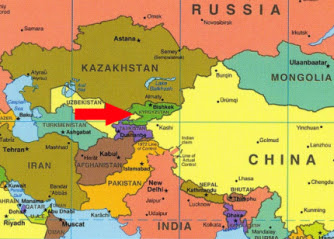 
The forty-rayed yellow sun in the centre of the nation's flag represent the forty tribes that once made up the entirety of Kyrgyz people before the intervention of Russia during the rise of the Soviet Union. The lines inside the sun represent the crown or tündük  of a yurt, a symbol replicated in many facets of Kyrgyz architecture. The red portion of the flag represents peace and openness. 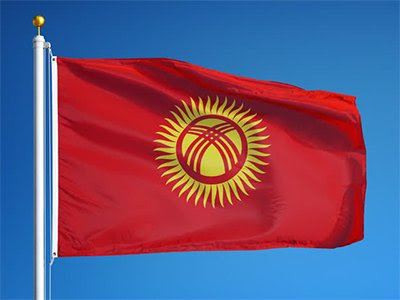 Kyrgyzstan is a poor country but gradually things are improving. Economically, its main sources of revenue are minerals, metal processing and agriculture.

The country lies on the famous silk road that linked China with Europe. Warring horsemen from Kyrgyzstan's mountains were frequently among those who raided China prior to the construction of The Great Wall. The horse has always played a vital role in Kyrgyz society and even today horse milk or "kumis" remains the national drink. 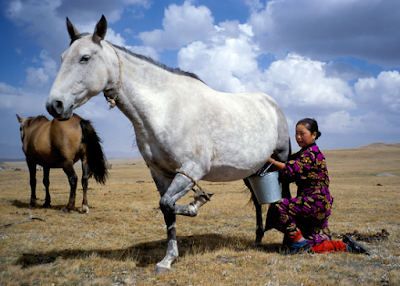 It would be possible to devote a month of blogposts to Kyrgyzstan but I am going to stop here as I realise that a number of blog visitors have the attention span of a goldfish. Perhaps this post has whetted your appetite to learn more about Kyrgyzstan.

Should the Kyrgyzstan authorities be monitoring this blog, I will be happy to visit Kyrgyzstan on your behalf and feed back later with associated photographs thereby encouraging an increase in tourism to your fascinating and very beautiful country. You only have to say the word and reserve my flights and accommodation - but no horse milk thank you very much!
- April 03, 2018