Back from London now... The Bosh!Fest was a surreal experience. Shirley and I were given VIP passes to hang round our necks as fans and friends queued to get in a specially cordoned off section of Borough Market.

You might remember the place. It figured in the news on June 3rd last year when evil terrorists who had surged over London Bridge in a hired van screeched into the market intent on murder. Horror of horrors. But last Thursday night the scene was so different. Something good. Something joyous. Something to celebrate.

There was our Ian and Henry up on the stage, happily demonstrating Bosh! recipes. And there they were to the side of the stage having pictures taken with waiting acolytes. Shirley was bemused - "They are queuing to have their photos taken with our boy!" Crazy man! 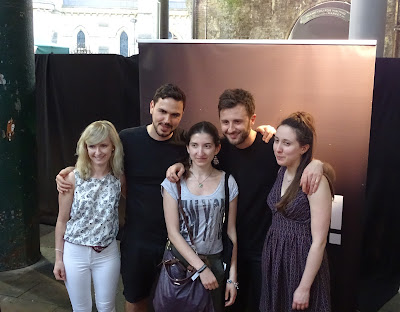 Eight hundred people turned up to witness the official launch of the Bosh! cookbook. It happened in the evening of what had been a sun-blessed day. There was no thought of Brexit or Syria or Putin or Trump. You could forget all that stuff as the music played and I drank another beer in the cordoned off VIP area. There was a happy buzz in the air and the aroma of vegan cuisine. 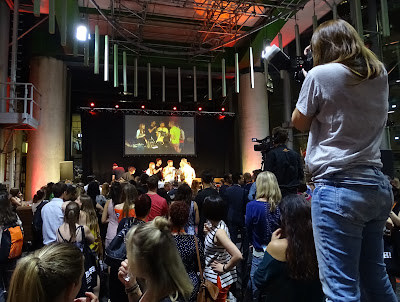 The Bosh! Boys were in the middle of "The Sun" on Thursday. There was a three page spread yesterday in "The i" newspaper and they were on the front cover of "The Yorkshire Post" weekend magazine. Soon they will be guests on the "Today" programme in America and meantime the book has shot up to number three in the Amazon charts for all books - not just cookbooks.

Ian never went to university but Thursday night felt like a graduation ceremony and we were proud parents looking on as he collected his first class honours degree. 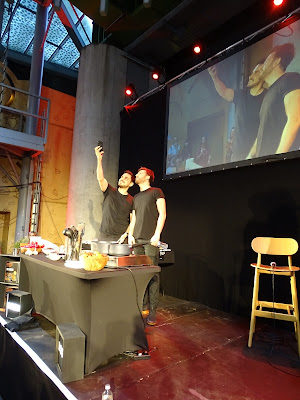