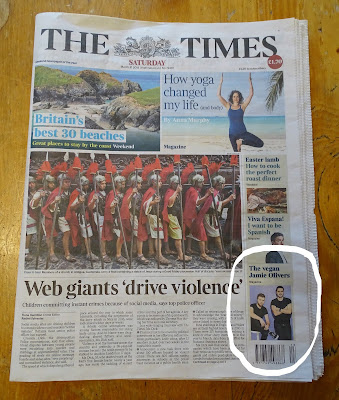 Parents who boast about their children's achievements are so tiresome - don't you think?  Remember last weekend when I bragged about our Ian's appearance in "The Mail on Sunday" and Michael Ball's Radio 2 chat show? Well here we go again.

Yesterday, Ian and Henry appeared on the front page of "The Times". Okay, it was just a little picture down in the corner  but it was still the front page of possibly the most famous newspaper on the planet. The corner picture had a little strapline - "The vegan Jamie Olivers". 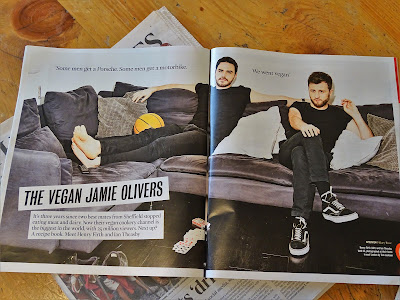 Saturday's "Times" contains a lifestyle magazine and within this there was a three page article about "Bosh!" along with eight recipes from their imminent cookbook. The main text suggested that the time-served  interviewer was somewhat bemused by "Bosh!" and their infectious enthusiasm for plant-based cookery. She was like a zoologist observing primates.

Even so it was all useful coverage. As they say, there's no such thing as bad publicity and later in the same magazine, "Bosh!" are listed as the third most influential force in promoting  veganism around the world. That list was headed by Beyoncé, the famous American singer-songwriter. 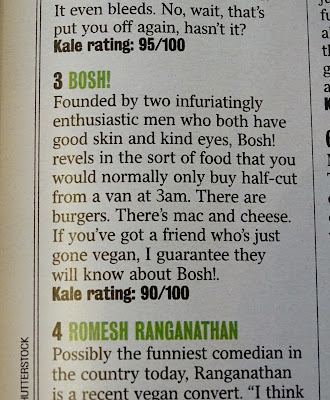