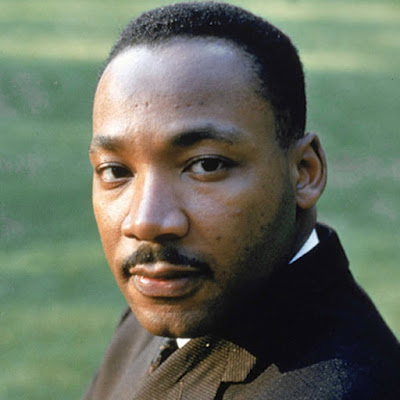 Fifty years ago today, Martin Luther King Jr was brutally assassinated at the Lorraine Motel in Memphis, Tennessee. The night before, at The Mason Temple, also in Memphis, he had delivered his moving "I've Been to The Mountaintop" speech:-


"Like anybody, I would like to live a long life. Longevity has its place. But I'm not concerned about that now. I just want to do God's will. And He's allowed me to go up to the mountain. And I've looked over. And I've seen the Promised Land. I may not get there with you. But I want you to know tonight, that we, as a people, will get to the promised land!"

Fifty years have passed. On this significant day, let us salute the great man. He left  us far too early but his powerful legacy of hope and freedom has not departed.

Has anyone here seen my old friend Martin?
Can you tell me where he's gone?
He freed a lot of people
But it seems the good die young.
I just looked around and he was gone.
- April 04, 2018