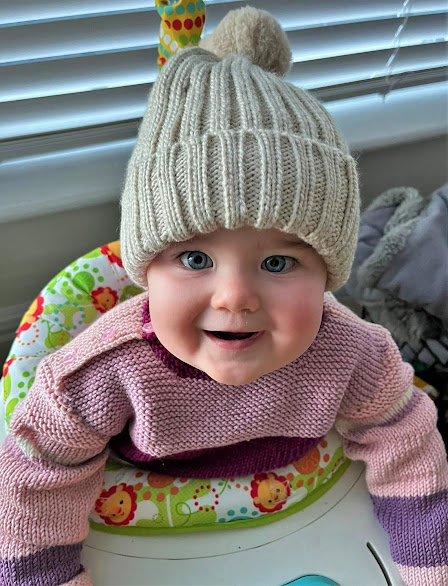 Yesterday, Shirley and I were on babysitting duty. Our precious charge was the beloved granddaughter, Princess Phoebe. Her mother and father were attending the wedding of two friends they have known for more than twenty years.

Because of COVID, this wedding had been postponed three times. It was first meant to happen at Easter 2020 in Seville, Spain - a place much beloved by the bride and groom. They kept trying to reschedule the wedding as flights and hotels were booked and then cancelled. What was supposed to be a joyous event when first conceived turned into something of a painful saga.

In the end, the couple were married here in Sheffield. The ceremony took place in the old Abbeydale Picture House before coaches took the guests to Kelham Island  and a wedding feast with dancing in a repurposed industrial building called The Mowbray. At last Kira and Andy were married and the angst of the past two years could be relegated to memory. I guess that many weddings have been disrupted in this way by the damned coronavirus.

Anyway, back to the babysitting... Our duties commenced at midday and ended at one o'clock this morning. Yes, that's right - thirteen hours. This was not made any easier by the fact that Phoebe still needs mother's milk. Okay she's getting into solid foods now but nothing is better than mum's milk. By the way, she refuses to have expressed milk or formula milk - only human milk from two particular flesh-coloured receptacles will do. Consequently, before bedtime, we did a milk run to The Mowbray where mama was waiting with the heavenly liquid.

Afterwards, I went on to "The Hammer and Pincers" to participate in the Sunday quiz. before returning at ten thirty for the final babysitting stint. - allowing Shirley to go home at that point.

Princess Phoebe woke up just before midnight and was at first inconsolable but Grandpa calmed her after ten minutes and together we watched passing traffic on the road outside  as I sang:-

Half a pound of tuppenny rice
Half a pound of treacle
That's the way the money goes
Pop goes the weasel
When mama and papa returned as drunk as nuns in  an Ibizan nightclub, Princess Phoebe was under Grandpa's magical spell - calm and smiley but well ready for another milky top up. By the way, Little Phoebe is going to Canada on Thursday afternoon and in the picture at the top she is wearing her new bobble hat - bought specially for the two week trip. We are going to miss that little girl.
- October 04, 2021