Billionaire Roman Abramovich's superyacht "Eclipse" has
an estimated carbon footprint of 25,100 tons of CO2 per year.

Nowadays we are all anxious about climate change. We wonder what can be done to slow it down or even halt it. We wonder about how our own lifestyles have contributed to climate change as we turn off lights, recycle plastics and think about reducing the amount of meat and dairy in our weekly diets. In various ways we are all guilty but some are more guilty than others.

The domestic consequences of this would be numerous. Private jets would no longer be allowed. Nobody would have enough tokens to own more than one motor vehicle. Living in large houses or owning two or three homes would be inadvisable because of the environmental toll. There just wouldn't be enough tokens to cover the expense.

Buying new clothes or having extensive wardrobes would be a no-no as would be the replacement  of electrical items  without proper reason such as breakdown or irreparability. Having a lot of money stashed away should not give you licence  to squander this planet's precious resources just because you can. Some things are more important than your self-gratification including ensuring the longevity of Earth for our children's children's children.

In the western world, it used to be that the majority of people dreamt of an affluent lifestyle like the rich lives we observed on our television sets - fast cars, fine clothes, big houses, posh  restaurants, first class travel etcetera but when you think of it, the rich have always used far more than their fair share of environmental tokens. Arguably the time has come for them to take stock and change in order to reduce their excessive and inequitable carbon footprints.

All this being said, I am well aware that compared with many people in this world  I am also stupendously rich. Generally speaking, African, Asian and South American peasant folk spend very little each year compared with me. Their environmental tokens pile up, virtually unused.

I don't believe that world leaders are truly serious about meaningful action in relation to climate change. They seem to be tinkering around at the edges playing the Green Warriors Game just  because it's the flavour of the day. In the past, our own political "leader" - Johnson was very scathing about environmental campaigners and now ahead of the Glasgow summit, he expects us to believe in his newly discovered  green credentials. Would he or any of his fellow leaders consider for one moment taking on the rich and curtailing their insatiable carbon appetites?  I am afraid that that would only happen when  it was far too late to make a difference. 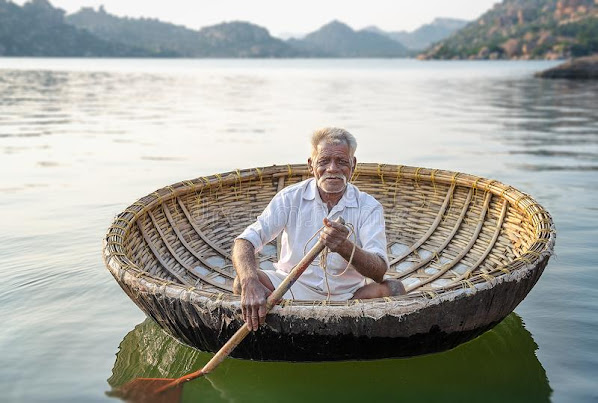