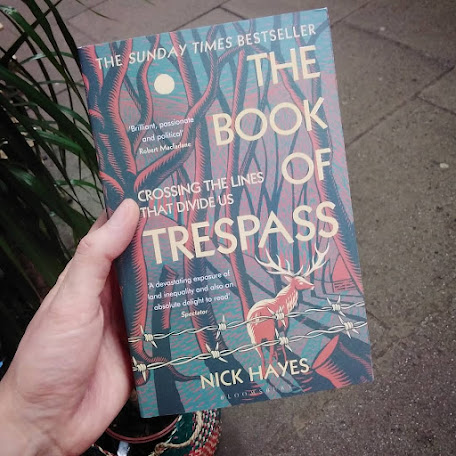 Every October, my home city - Sheffield - hosts a festival of the written word. It is called "Off The Shelf" and this is its thirtieth year. In twenty eight of those thirty years, I  attended two or three events but I realised the other day that I had not been to anything this time round.

I checked out the programme and spotted something that appealed to me this evening. It was held in The Millennium Gallery in the city centre  - a talk by an  environmental campaigner, artist and writer called Nick Hayes. He has recently published a book titled "The Book of Trespass" and as the title suggests it focuses upon land ownership and the limited rights that people have when out and about in the countryside.

It is a topic that has interested me for a long time. How can landowners possess rivers? Why can't people automatically roam where they wish to as long as they are not causing any damage? And how, for example,  did moorland get to be owned by anybody in the first place?

Nick Hayes addresses such matters in his book. However, though this evening's talk was supposed to be about the book, it tended to leap away from it from the very outset. This was partly the fault of the host presenter - a professor of chemistry at one of Sheffield's  universities. He allowed the talk to stray and seemed far too keen on the sound of his own voice.

Nick Hayes referred to a ground-breaking mass trespass that occurred in The Peak District in 1932 when countless ramblers climbed up onto The Kinder Plateau which was in the possession of wealthy landowners. Several protesters were arrested and jailed but their protest was not in vain because it brought about long overdue changes in the laws governing land access.

This evening's event was well-attended but there was little time for audience questions. Maybe I will buy "The Book of Trespass" one day but I have plenty of other books to read in the interim. 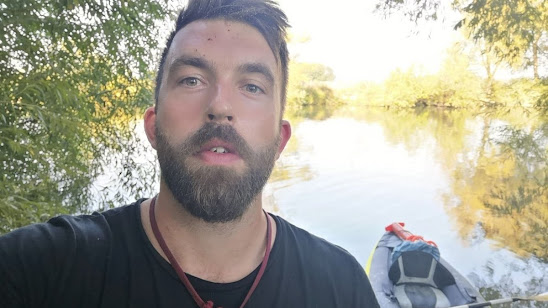