To be honest, I was stuck for something to blog about today so instead I have chosen to post some more pictures that I took in Lincoln on Monday. Here's The Usher Gallery - the only purpose-built art gallery in Lincolnshire:- 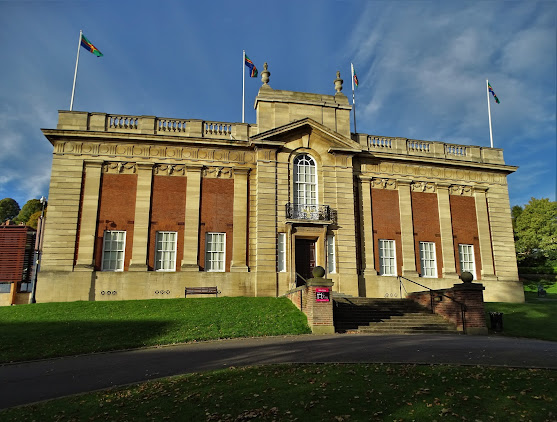 I snapped this picture of rooftops from the south west tower during our rooftop tour:- 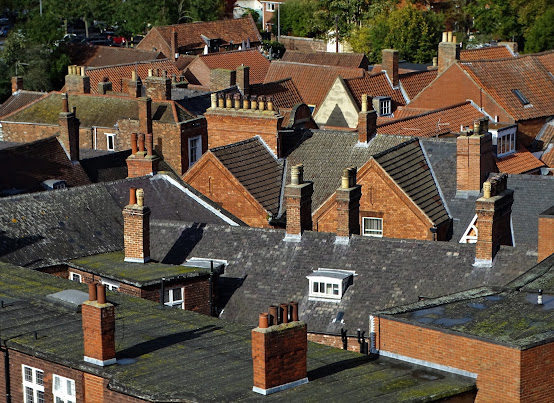 Also, while up on the roof I saw this - the twin towers and the lead roof that was, I believe, renewed in the 1980's:- 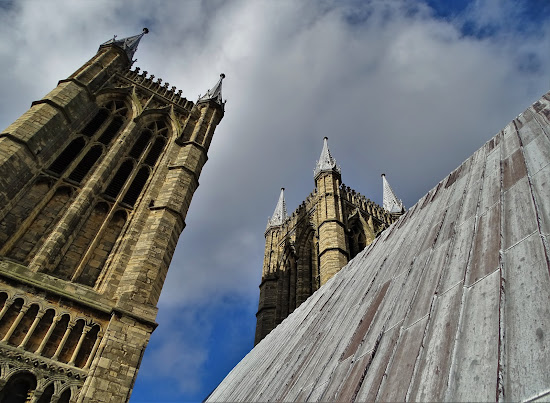 On The Strait in Lincoln, looking towards the central tower of the cathedral:- 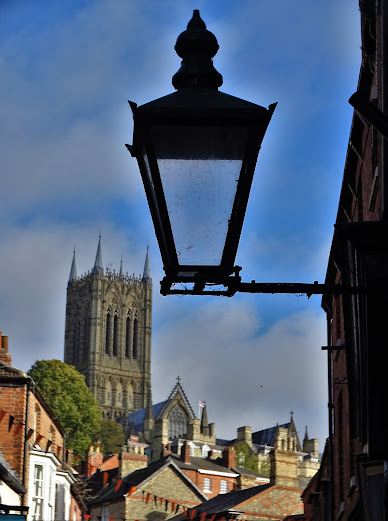 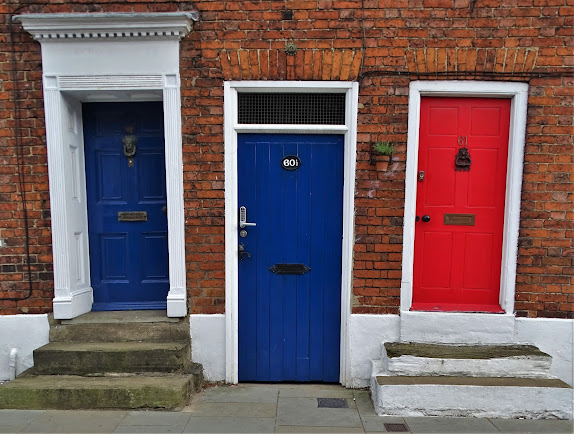 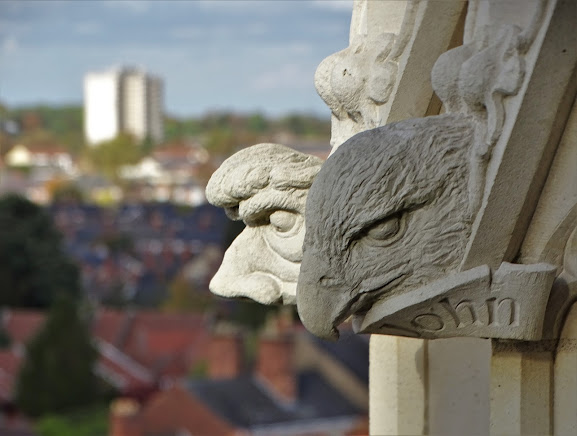 Arresting modern statue of The Blessed Virgin Mary, installed in 2014:- 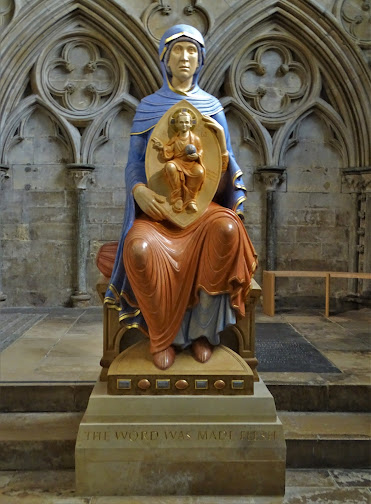 And finally, high up above the altar this blurry image of the famous Lincoln Imp which has become the city's principal symbol. The nickname of the  local football team - Lincoln City - is The Imps:- 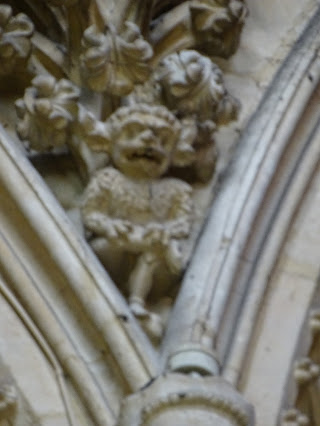 Well, I hope this visual post was okay and interesting enough for you.
- October 30, 2021