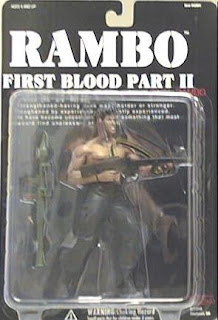 I think that the immediate release by NBC of Cho Seung-hui's "media package" is utterly sick and reprehensible. In his very troubled mind, it seems that Cho Seung-hui sought notoriety - to go down in legend. NBC have effectively given the bastard what he wanted and out there in the back woods and the ghettos of America and beyond there will be unwholesome, twisted young people just lapping it up. Seeds will be sown in warped minds. But this isn't "Rambo" or "Nightmare on Elm Street" - this is real life and those poor victims at Virginia Tech will never see another sunrise.

My heart also goes out to the families and friends left behind. Surely, NBC should have respected their grieving instead of inflaming it with Cho Seung-hui's wicked and self-obsessed media gift. In many ways, it would have been better to simply destroy the package, instead of letting the whole world unwrap it only 48 hours after the horror happened.
I thought the lad was studying English Literature - so how come he produces this rambling comic book drivel...?:-

"You have vandalized my heart, raped my soul and torched my conscience. You thought it was one pathetic boy's life you were extinguishing. Thanks to you, I die like Jesus Christ, to inspire generations of the weak and the defenceless people.