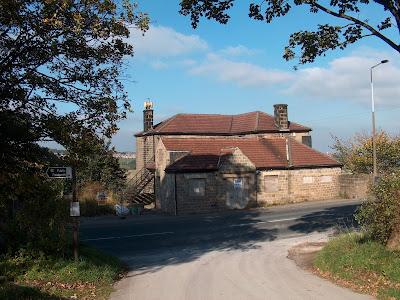 "The Bell Hagg"
Rambling earlier today on the green outskirts of Sheffield, I observed the dilapidated state of "The Bell Hagg Inn" on Manchester Road. I remember the very first time I went in there thirty years ago for a hearty Sunday lunch. The view from the lounge window was truly spectacular, with an unexpected panorama of the lush Rivelin Valley with its old stone farms and ancient green pastures.
Erected in 1832 as "Hodgson's Folly", the building became a public house some time in the eighteen sixties - no doubt serving travellers on the Snake Pass turnpike road between Sheffield and Glossop. Its construction must have been challenging for although you can't tell this from the photograph, the main building had five separate floors and was cleverly built into the valley side. Behind the pub, down a steep track, is where you can still find the old stables - testament to a time long before the internal combustion engine and tarmacadam - when a journey to Glossop would have been as stupendous as a transatlantic flight nowadays.
Back in the nineties, I attended a few folk sessions at "The Bell Hagg" with a friend I have since lost touch with - Big Jim. My God that man could sing! His booming voice must have not only filled the tap room with sound but also the pastures in the valley below, waking whole flocks of sheep and farmers' wives in flannelette nightgowns.
Across the valley you can still see another old pub - "The Rivelin", serving the hamlet of Undertofts and visitors like me from the big city down the road. Lord knows how that pub continues to survive. The death of the English pub has been a quiet national tragedy these past twenty years. Our pubs have been central to English culture - a drinking culture of rowdiness, social gathering, music and singing, darts and skittles, finding a home from home, a place to relax, to talk, to laugh and try to make sense of the world. No other country in the world has pubs like ours where you can spend as little as a couple of pounds and still have a pleasant night out.
Just last week, I noticed that "The Millhouses Inn" in Abbeydale was boarded up. Perhaps "The Rivelin" will be one of the next to go. And in the end, what will we have left? Corporate chain pub-restaurants with background muzak, McDonalds, Pizza Hut and ultimately the sofa at home with a plasma screen television and cans of "traditional" beer in the fridge. I'd rather fight for the English pub than for whatever mysterious cause we are currently engaged in in faraway Afghanistan. 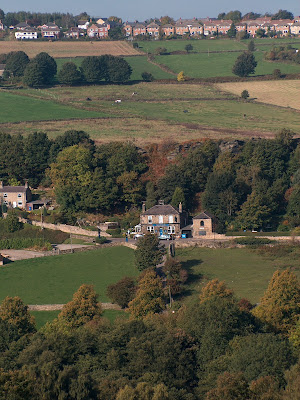