One thing leads to another and today I found myself at The Mercer Art Gallery in the heart of Harrogate. I was there to see the special exhibition of Atkinson Grimshaw's artistry which runs until September 4th. Various key paintings had been lent to The Mercer - including the familar "Princes Dock, Hull". It was lovely to see Grimshaw's work close up and to learn more about his life.

Harrogate is a place that doesn't seem to belong in Yorkshire. The town is all tea shops, cupolas, BMW's and flower beds. It's as if it was ripped out of the ground somewhere deep in the Home Counties and transported north. Of course it owes much of its refined character to the fact that it was England's first real spa town and during the Victorian era it attracted hordes of visitors seeking to "take the waters" - as well as getting a break from the main Victorian preoccupations - industry and duty.

I visited Harrogate because I had the time. Frances is working in Leeds now but hasn't found her own flat or studio apartment yet so this morning I zoomed over to Leeds to see three or four rental properties, including a minuscule studio on the thirteenth floor of the huge West Point apartment block. There were some less modernistic places to see in Headingley and then I had three hours to kill before late afternoon viewings. Harrogate fitted nicely in between. And of course I took photographs. Let me share a few of them with you in chronological order:- 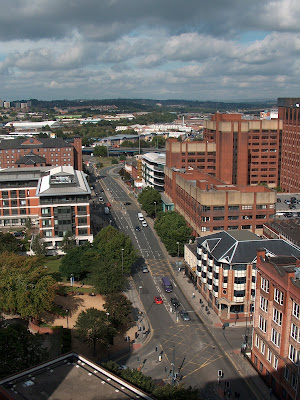 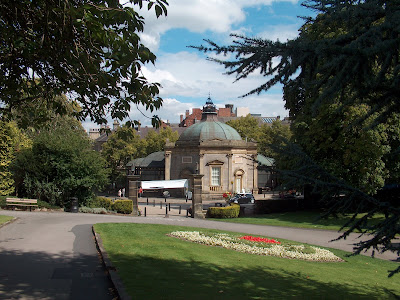 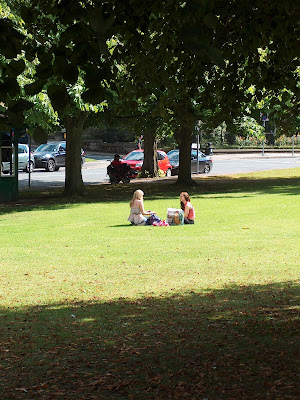 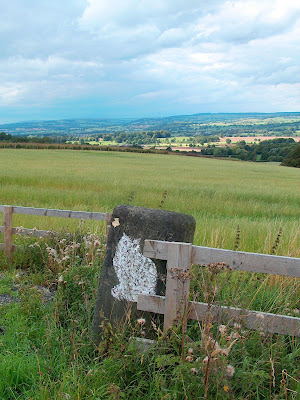 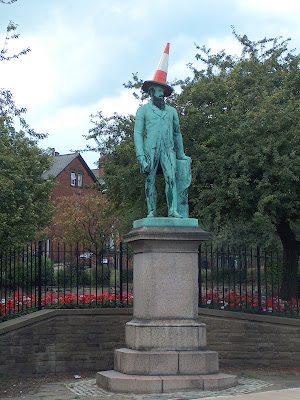 View from West Point, Harrogate's Pump Room, Crown Place in Harrogate, Cat on a gatepost with the Wharfe valley beyond, Statue of Sir Peter Fairbairn in Leeds
- August 25, 2011