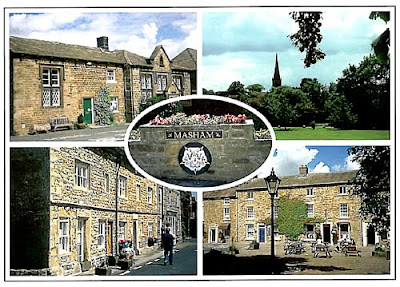 Recently, I was obliged to acknowledge my embarrassment when admitting that loutish BBC presenter Jeremy Clarkson was born a Yorkshireman. Now an unfortunate discovery leads me to make a further shameful confession - namely, that double yellow lines were invented by another Yorkshireman.
His name was George Bamber (1822-1903), a sheep farmer from Masham in the North Riding of the county. On busy market days, he became fed up with the inconvenience caused by visitors' vehicles so he took the law into his own hands and painted parallel double yellow lines by the roadside near his farm entrance. The idea came from the identification markings he applied to his sheep - also double yellows. Soon the idea was imitated by the local council and spread to surrounding villages. Fines became applicable and apparently Bamber always took a percentage cut. As they say, the rest is history.
I discovered this after checking the internet for the meaning of single yellow lines. Shirley and I have just returned from a little Christmas shopping trip to the city centre and we had hellish trouble getting parked. Eventually, I dropped her off near "TKMaxx" before continuing my hunt for a space. Even on a Sunday, parking stormtroopers were out gleefully slapping tickets on the windscreens of drivers who mistakenly believe that there are absolutely no parking restrictions on Sundays. Finally, I found a space on a single yellow line but adjacent to it there was no little sign to advise on particular restrictions so I simply chanced it. Returning to the car, I was uncertain if the Nazis might have got me but this time I was lucky.
Two stormtroopers were sheltering from the grey December drizzle in an office doorway. As I walked by, I heard them humming "Lied der Deutschen". If only they knew that I was the one who had "disappeared" their colleagues last year. Wonder what Afghanistan is like in wintertime?
Back home I confirmed what I believed was true - that where there are single yellows there should also be an explanatory sign. My guess is that Sheffield's stormtroopers have deliberately removed them to assist in their victimisation of unwary drivers. That George Bamber has got a lot to answer for and once again, on behalf of this great county, I'd just like to say sorry for all those miles and miles of double yellow lines. 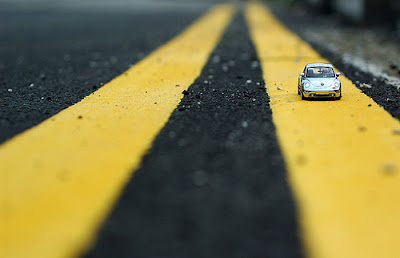