As we prepare for our reconnaissance mission to Blogland, I look back over an interesting year. Six months working in South East Asia was capped off with a week in Cambodia where I visited the famous and awe-inspiring Angkor temple ruins. Earlier today, I was skimming through the pictures I took there. I liked the idea of those old temples being swallowed up by the surrounding jungle only to be rediscovered many years later.

At Angkor, archaeologists are faced with a wide range of conservation tasks that together seem unachievable. There's never enough money and besides to devote energy and resources to such tasks in a very impoverished country can seem somehow like a luxurious and rather cruel diversion. Added to which,  there's always the jungle, waiting, just beyond the ruins to consume, to cloak, to reclaim.

I had seen pictures of Angkor tree roots before I went there so I was very pleased to have the opportunity to snap my own pictures of that photogenic phenomenon - roots and trunks embracing, crushing, supporting the old ruins of a culture that had placed enormous store upon religious devotion. It was a culture that was certain of its foundations - a certainty that was present in millions of hand-carved stone blocks, the endlessly intricate carvings, the management of water and in the very audaciousness of those temple mountain designs.

But what price those certainties when the culture has faded and gone and when the jungle creeps back? The resulting interplay is both tragic and beautiful. It makes you think:- 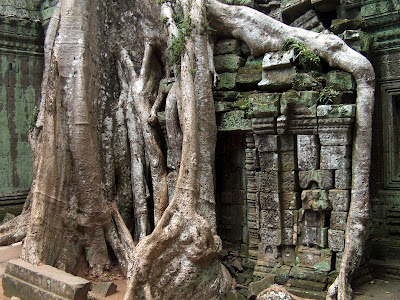 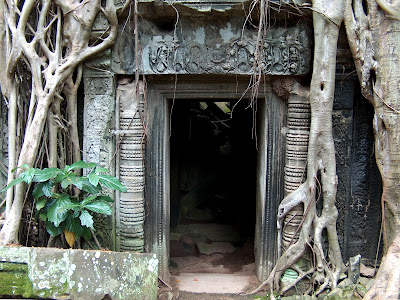 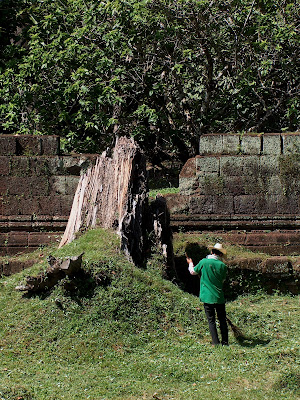 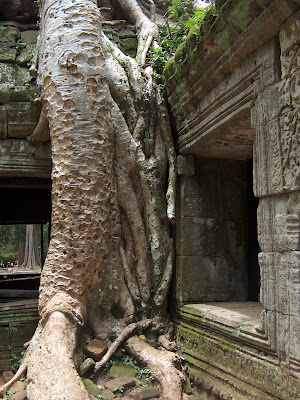 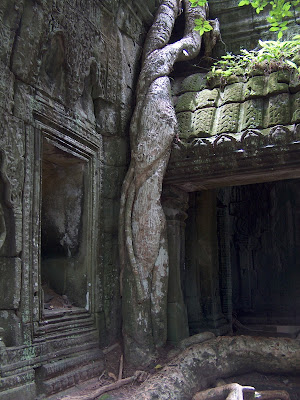 It's past one o'clock in the morning. Time for bed because tomorrow our bag packing must be finished. Afternoon train to Manchester Airport and then a New Year's Eve flight to the other side of the planet. You might not hear from me for a while but when internet connection allows I'll make another blogpost...from Blogland...where all our dreams will come true.
- December 31, 2011