It was the summer of 1845 and Charlotte Bronte was twenty nine years old. She had worked as a governess in several well-to-do Yorkshire homes and the previous year had visited Brussels in Belgium where she was attached to a finishing school both as student and teacher. Following a family bereavement, she and her sister Emily had been obliged to return to the family home at Haworth - a village which lies some fifty miles north of Sheffield on the edge of the Pennine hills.

"Oh papa, I don't know what to do with myself. I feel so distracted now I am back in Haworth. May I go to visit my darling friend Ellen who is spending the summer with her brother the Reverend Bussey in the village of Hathersage in northern Derbyshire. She has invited me and I haven't seen her in three long years. May I go papa? May I?"

"Your brother Branwell is ill and needs your attention my dear but I suppose that Emily and Anne can manage the house for a month. I will have Brague take you into Keighley in the trap on Friday morning and from thence I believe you may now travel by train to Sheffield. You will have to inquire at Sheffield station about travelling onwards to Hathersage. Or perhaps you could walk..."

And so Charlotte came to stay at Hathersage Vicarage. If you enlarge the picture below with a click you should be able to make out the spire of the parish church. The vicarage is right next door to that church and incidentally, in the adjacent graveyard Robin Hood's companion - Little John is buried. 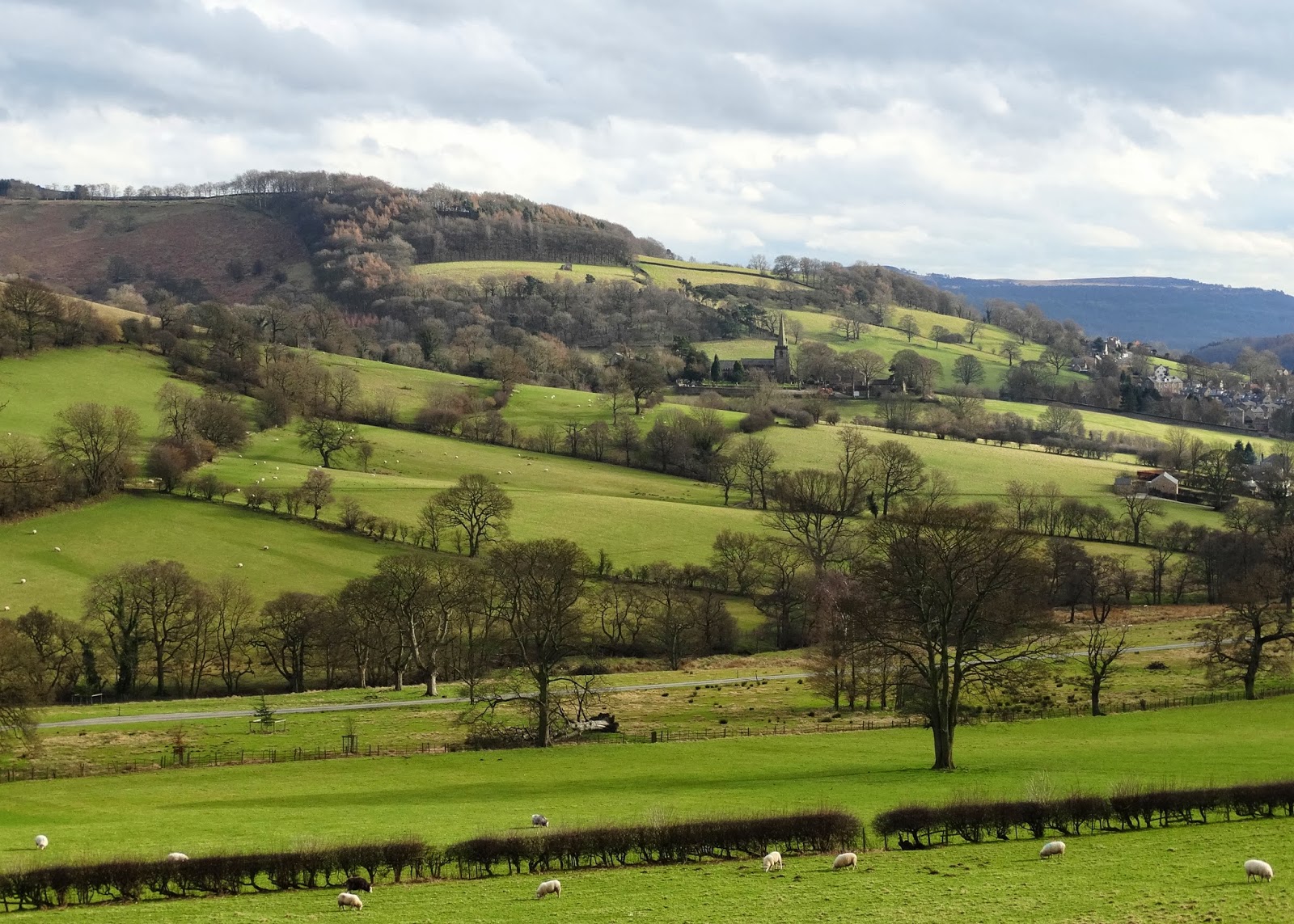 "Oh Ellen, I don't know what to do with myself. I feel so distracted. It is a bright and sunny day. Might we go walking to aid our digestion and our spirits?"

"Oh yes my darling Charlotte but we must wear our bonnets in case we catch a chill for the wind blows cold from the moors, even in summer time. We shall stroll along the byways to North Lees Hall where the Eyres reside. You met them at matins on Sunday. They are amiable people." 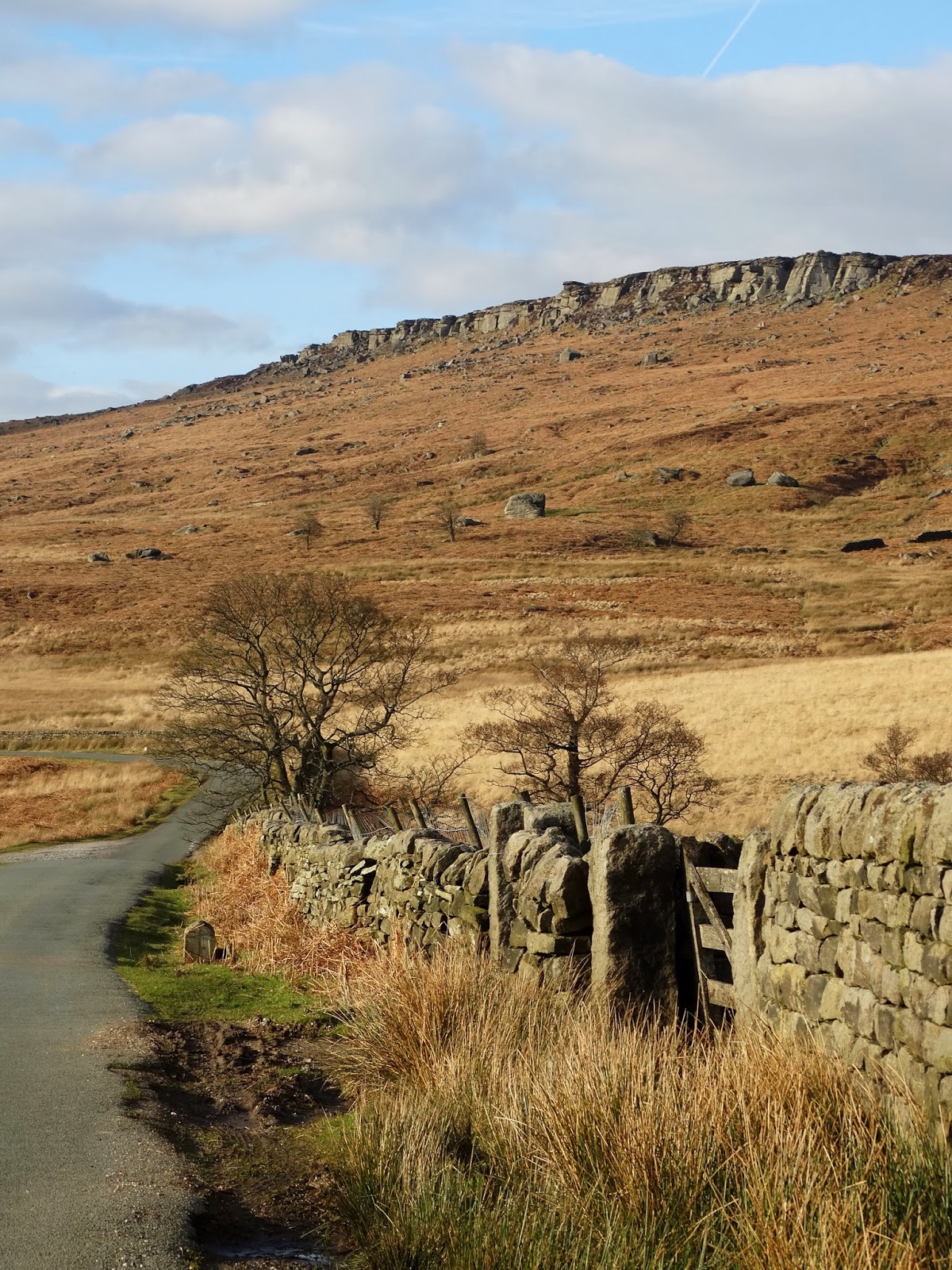 "Oh this moorland is so rugged Ellen and the stone edge above suggests that the ribs of the earth are exposed to the elements. It reminds me so much of Top Withens near Haworth where Emily will often ramble. So wild and free. I shall describe this landscape in my book."

"What are you going to call it?"

"I am thinking of Jane but so far I haven't chosen a surname for her. Perhaps Bussey! (They titter) Oh, what is that down in the valley Ellen? See how the green pastures contrast with the vegetation of the moors. It looks so beautiful and yet so perilous too - as if the moors will creep down to reclaim the farmland."

"Oh my darling Charlotte, you have such an imagination! That is North Lees Hall where the Eyres reside. Let us tarry no longer." 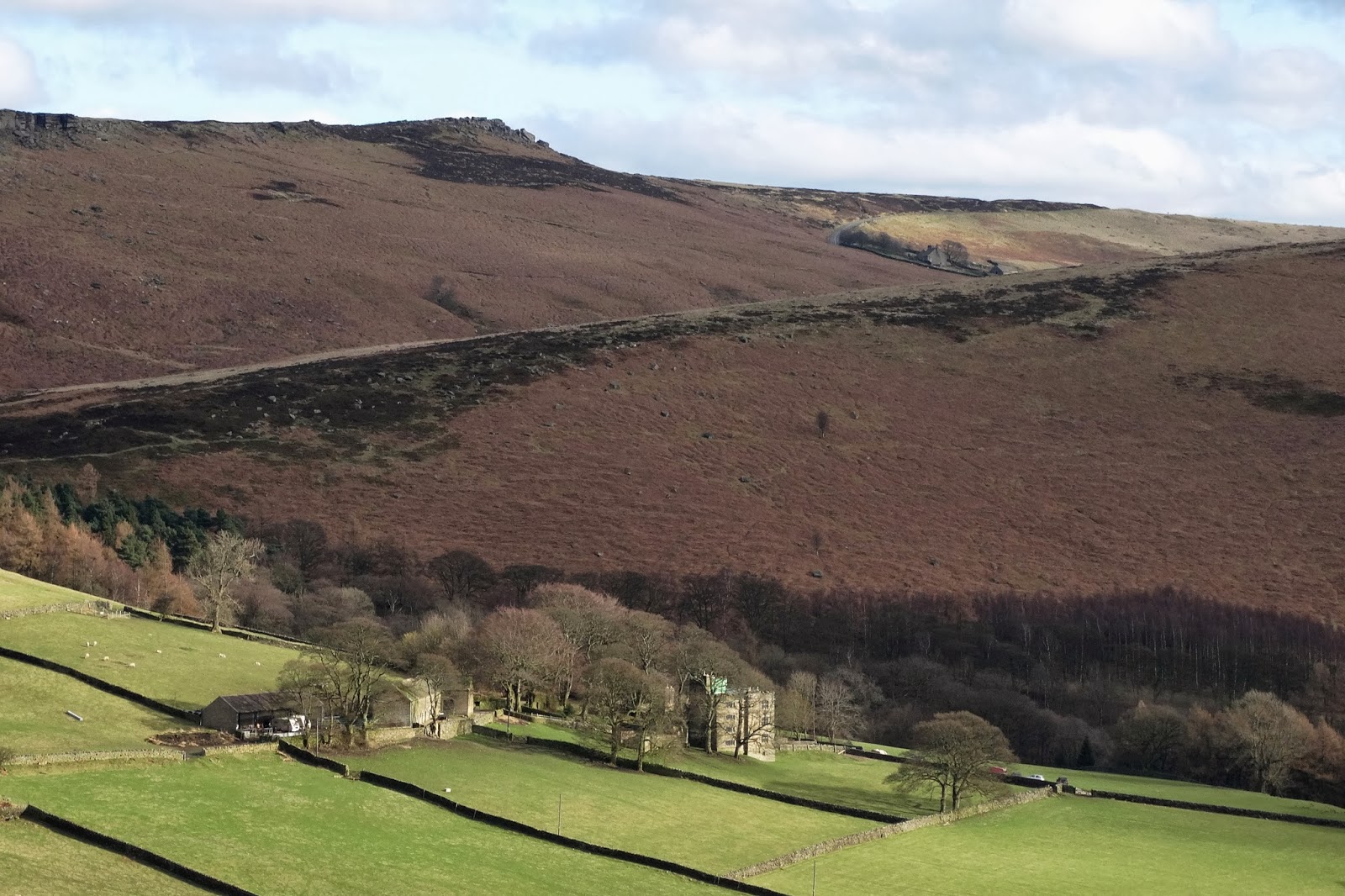 And so they arrive at North Lees Hall where they are greeted by Mrs Eyre. Tea is served by a leering, elderly butler called Gowans and Mrs Eyre tells Charlotte something of the history of the sixteenth century house and of life at the top of the Hood Brook Valley looking westwards to Hathersage church and the Hope Valley. 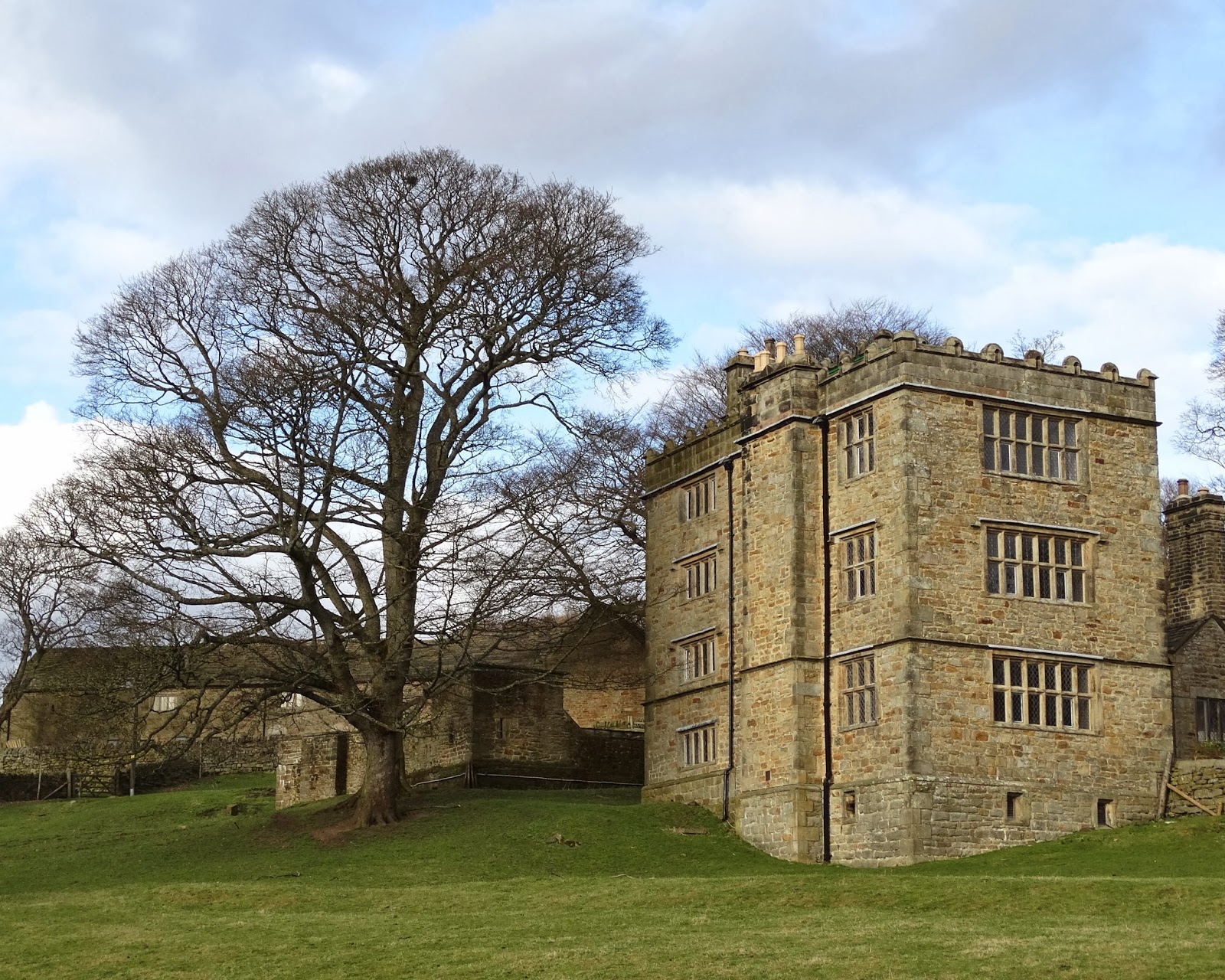 And as they walk homewards to the vicarage, the seed of an idea is already germinating in Charlotte's mind. The novel that she has been contemplating and drafting for months will contain North Lees Hall but she will call it Thornfield Hall instead and it is here that her brooding hero Edward Rochester will reside and where her heroine Jane will arrive as a governess