Observant bloggers will notice that I have once again changed my profile picture or avatar. Tonight Matthew, I'm going to be.... 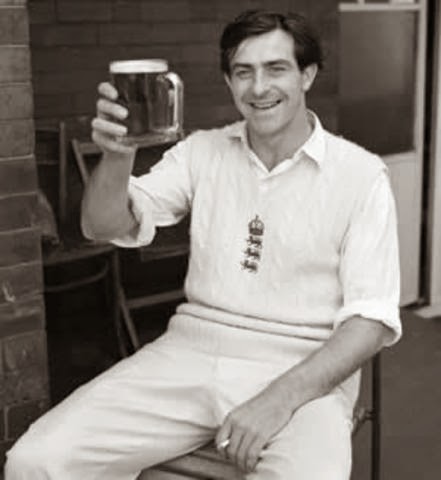 Frederick Sewards Trueman - the famous Yorkshire and England fast bowler. He was born into a poor family in the South Yorkshire hamlet of Stainton in 1931 - weighing 14lbs 1oz at birth. His father played for the village cricket team and later - when Fred was at Maltby Secondary School - he began to show his own  talent as a fast bowler. By the age of sixteen he was playing for the Sheffield United cricket club and by the age of eighteen - in 1949 - he was plunged into Yorkshire first team.


Not only was Fred Trueman one of the most magnificent fast bowlers England has ever produced, he was also one of the game's greatest characters. Trueman anecdotes, many of them embellished, others simply untrue, have enlivened many a cricket-dinner speech - and will continue to do so long after his passing.

His natural ability was supported by a fearsome image and a caustic wit. One true anecdote concerns his outcry - he would not have termed it sledging - to the Warwickshire batsman Billy Ibadulla. "You've got more edges than a broken pisspot," he exclaimed. He suggested to John Arlott, half jokingly, that his biography should be called "T'definitive story of't 'finest fast bowler that ever drew breath." 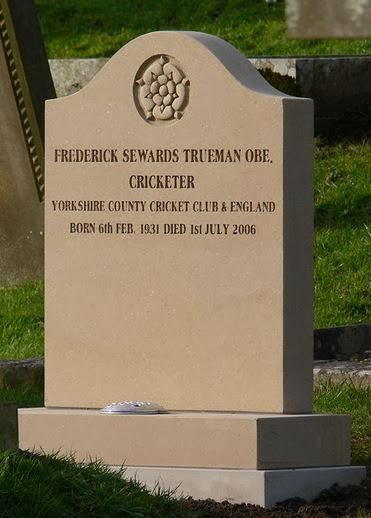