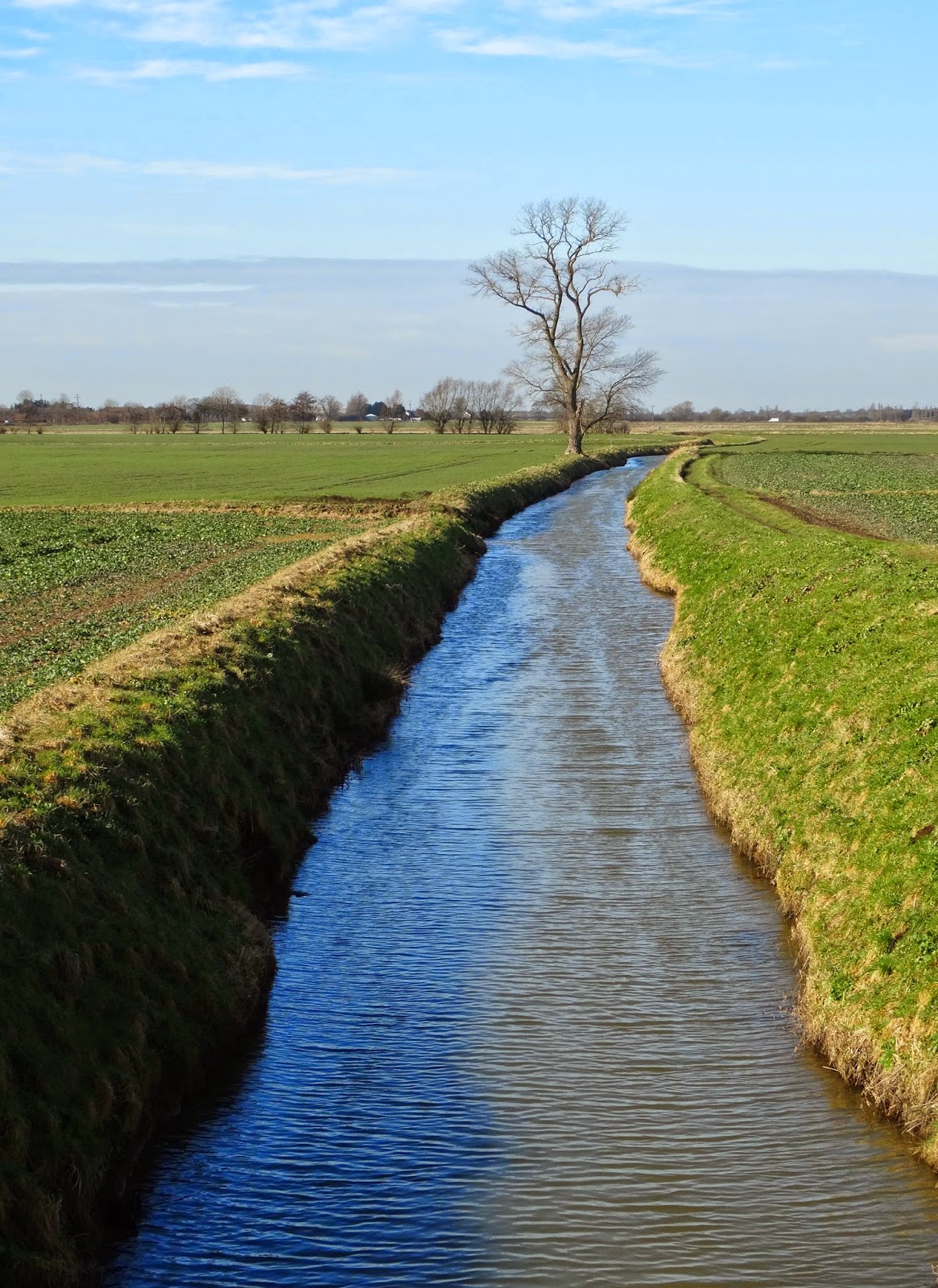 In north west Lincolnshire there's a district known as "The Isle of Axholme". Long ago, when effective land drainage techniques were in their infancy, the area was literally an island - surrounded by rivers and watery marshes. To get on to the Isle of Axholme or off it you needed a boat or a particularly dry summer. Shirley was born on the Isle of Axholme - in the southern part - where her father was a farmer - so I knew that part of the island well.

However, I was very unfamiliar with the northern part so last week I went there - the same day I snapped those sad village pubs. Above you can see one of the drains developed by Dutch engineers in medieval times. It's called Boating Dike.

Below, an old chapel near Crook o' Moor Farm. Not so long ago it was derelict but thankfully somebody has had it converted into a house. In past times, the rich farmland would have been worked by a veritable army of agricultural labourers so the chapel would have been thronging on Sundays. 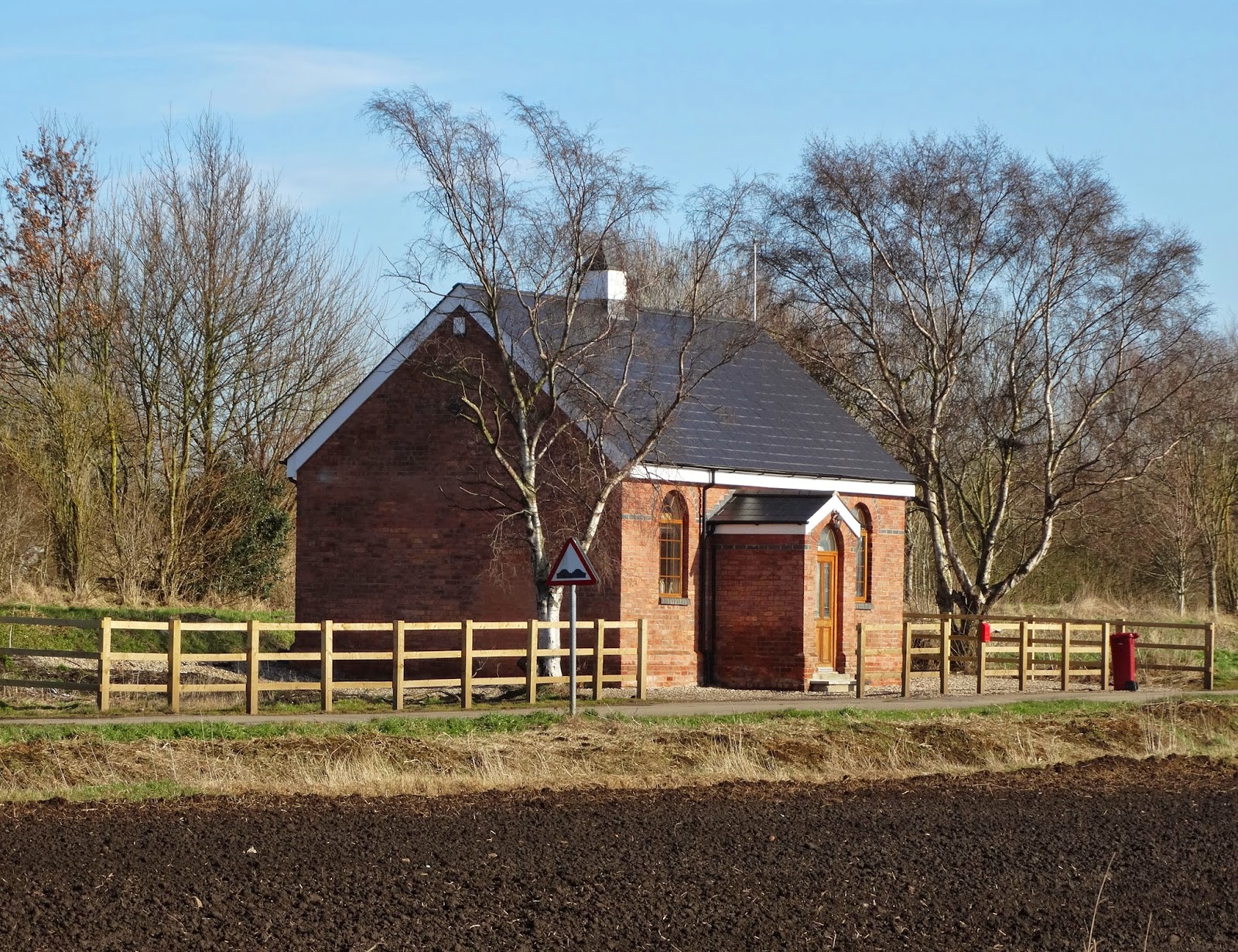 The church below is St Oswald's in Crowle. The land at Crowle rose a few feet higher than the surrounding fields so it was a sensible location for the most significant settlement in the northern part of the Isle of Axholme. Some parts of the church predate the Norman invasion of 1066 and as there are no stone quarries for miles around, it would have taken an enormous effort to import the stones - on rafts or sailing barges. 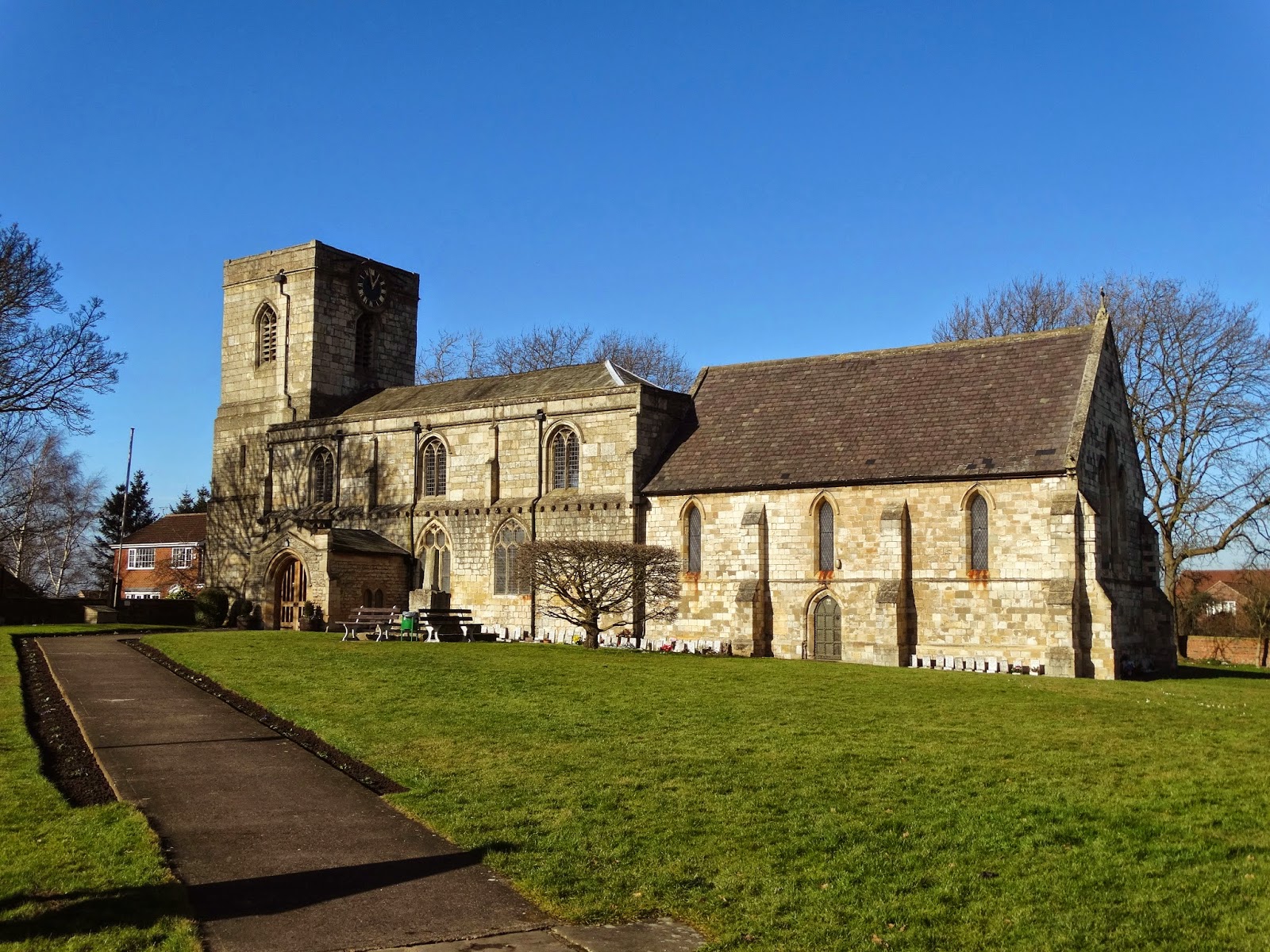 The signpost below is in the village of Eastoft. Once The River Don flowed through the village but its course was drastically diverted in 1626. The signpost stands on what was once the Yorkshire side of the village. 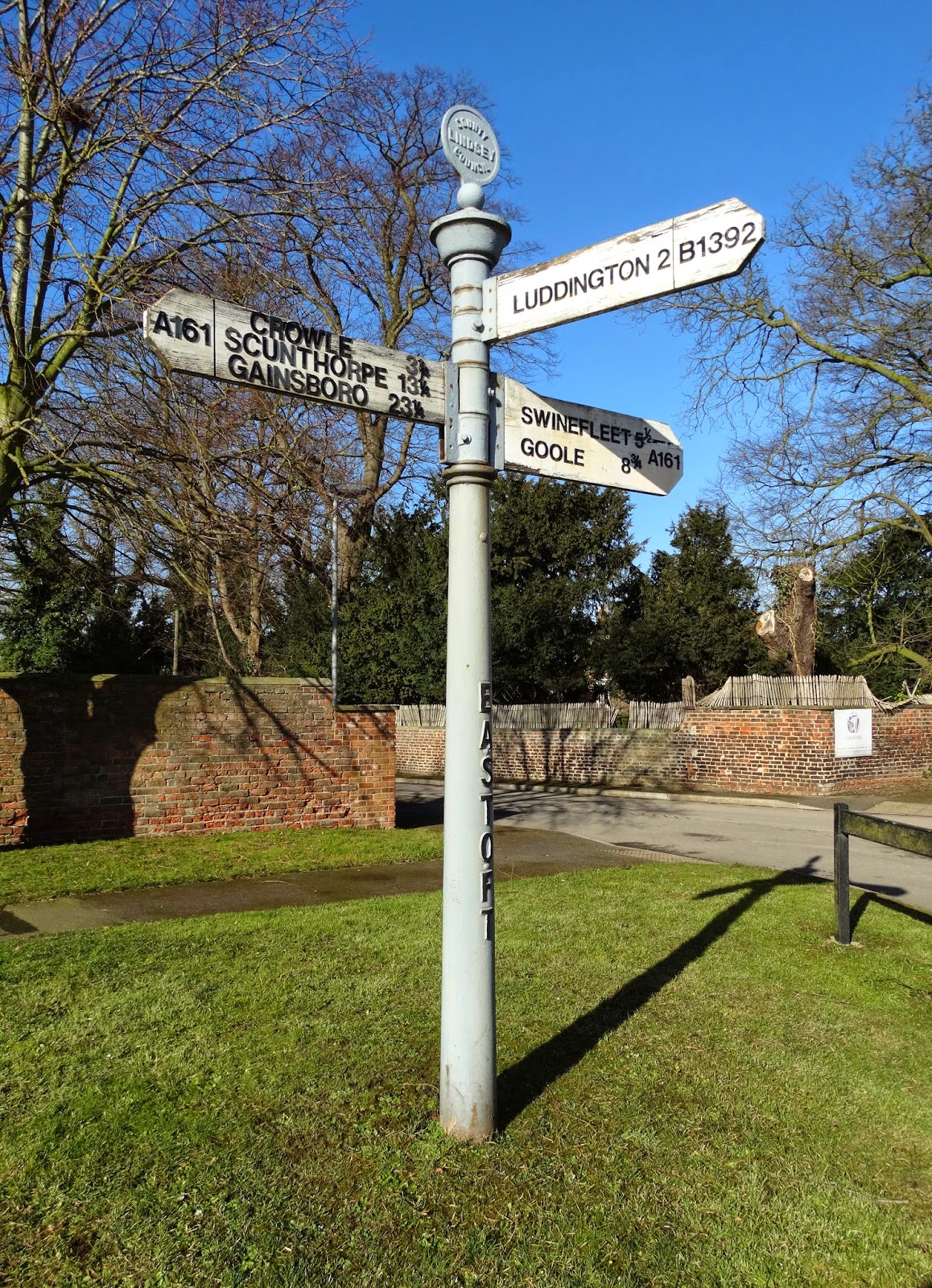 I crossed the River Trent at Keadby Bridge and later parked in Burton upon Stather. From there I walked to Normanby Hall which is the family home of  PM David Cameron's wife Samantha Sheffield. There were snowdrops:- 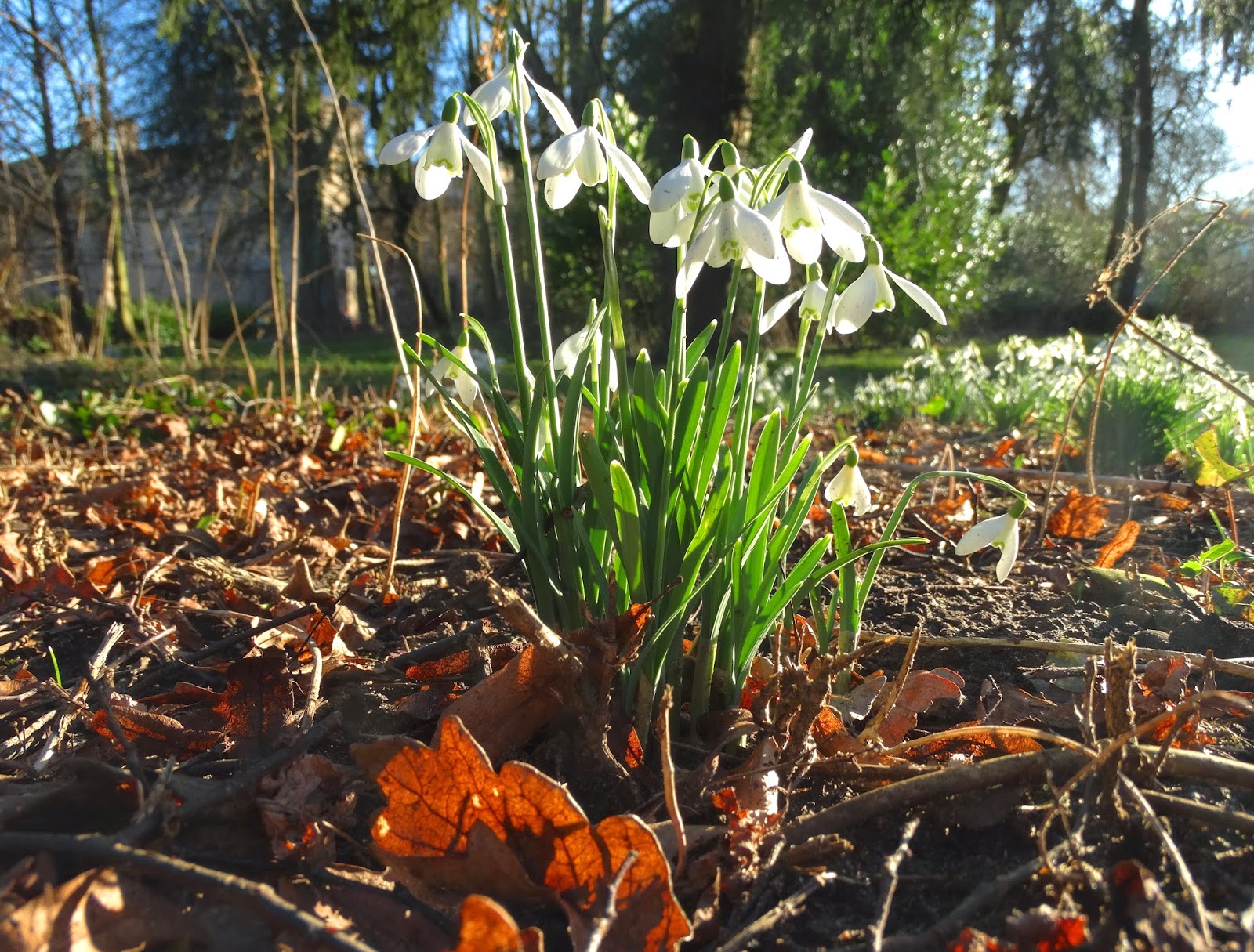 And here's the eighteenth century hall itself - set in extensive parkland:- 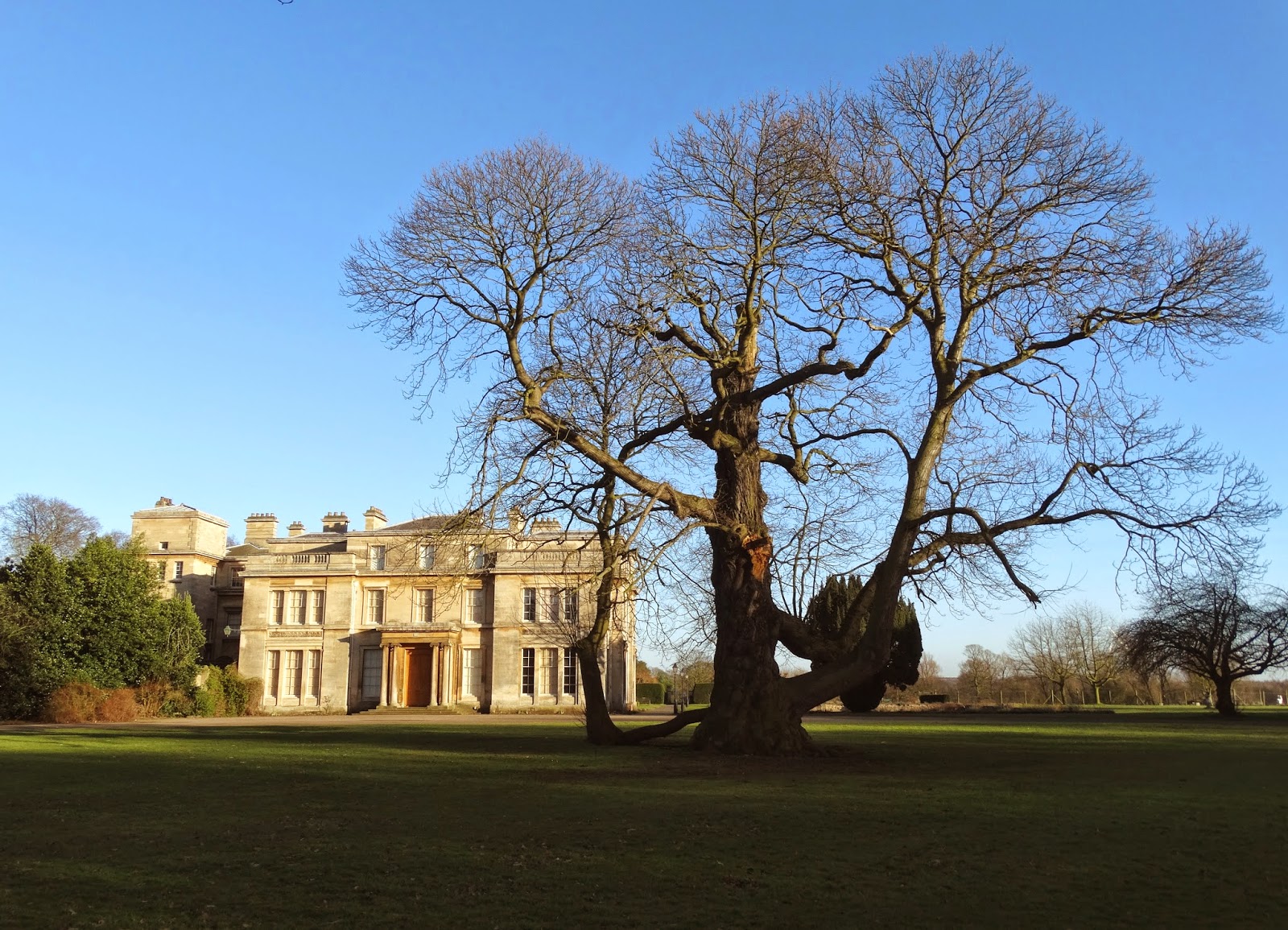