The beloved daughter got an emergency locksmith in to fit a new Yale lock (£115). The designer bag with the designer purse (circa £250) contained a ring from a friend in Leeds (£200). It was going to have a new ruby fitted. She cancelled all her cards straight away and her boss was able to loan her his last i-phone for free. So apart from the bitter memory of this robbery and the sick feeling of violation, she's moving on.

Financially, her boyfriend's loss was bigger - a brand new i-pad costing about £600.

Did you know that if you lose an i-phone, it is possible to track it down on a map? The beloved daughter did this and located her phone in a  block of flats two streets away but apparently the police were not interested. I guess the location was too imprecise. They could hardly go ransacking twenty apartments to find her phone. 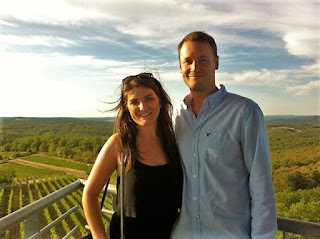 
Meanwhile in Bolton, Lancashire a greedy beast called Sam Allardyce crept out of his luxury home complaining of entrapment and that he was only "helping out a friend". He was ensnared by "The Daily Telegraph", his greed exposed for all to see. He was the manager of England's national football team for just two months, on a reported £3 million a year salary and yet old habits die hard. He wanted more and he still couldn't find it in himself to deliver a true, heartfelt apology to this football loving country. This will live with him till he is shovelled into his grave. It is obvious that "The Daily Telegraph" didn't target him randomly. They knew what this big-headed man was about. Not so big now are you Big Sam? More like Pig Sam... 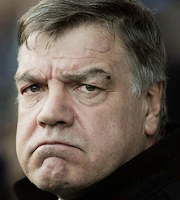 Here in Blogworld, some of us bees are making honey. Regular bloggers like Earl Gray, Steve J. Reed MP, Meike, Tamborine Lee and Red Deer Red leave offerings for their fans quite frequently. But some bloggers have completely dried up or gone away. They may be under the illusion that this is a free world and they can do what they want. They can't. I still miss Daphne Franks, and Friday's Web, Brad the Gorilla and now Tom at "A Hippo on the Lawn". Even garrulous Helen from Brisbane is unproductive these days and old timer Adrian still hasn't sorted out his connectivity. Over in the leafy suburbs of Manchester-on-Irwell, Ian has returned from extinction to resurrect his "Shooting Parrots" blog. I love his witty and thoughtfully constructed "Sunday Round-Up" every week. Please check the last one out here. How come I am the only idiot who has so far left a comment? All that great work deserves many more visitors. STP! Save The Parrot!
_______________________________________________

In eastern Aleppo, a four year old child is trapped in the bombsite  rubble. Russian MIGs swoop overhead dropping their costly payloads. "It wasn't us! It wasn't us!" turnip-faced Russian spokesmen declare on behalf of Donald J. Putin. The four year old child's dusty right  arm reaches up through a little hole in the mess of concrete. For a moment, it stretches for the sun or perhaps for help but no one comes. Not even Bashar Hafez al-Assad to save his people so of course he doesn't see that thin arm fall in slow motion as the small child's subterranean heart stops beating. He never learnt the words to "All You Need Is Love". 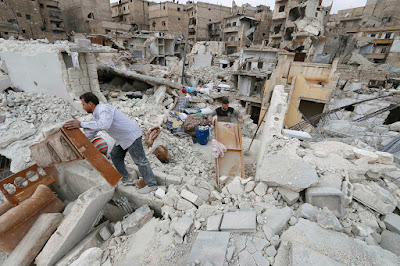