Not a half stop, a back stop, a bus stop or even a glottal stop - but a full-stop. That would be one hell of a way to leave the blogging stage. No explanations. Nothing. Just gone for good. Period.

And having made that last post, I must admit that I was somewhat tempted. Eleven and a half years of blogging - that's a substantial chunk of my life. Yet like an online anarchist, I could put it all behind me with a simple full-stop.

However, that's not what it was about. All I was doing was making a bid to get into "The Guinness Book of Records" - for creating the shortest blogpost in blogging history and you may be pleased to learn that I might have got there. In an e-mail, the guardians of this holy Irish record book have promised to consider my submission for the 2018 edition. But was it a standardised throwaway response?  I hope not.

It's amazing that the last post attracted thirty comments - even though the post consisted of just one full-stop. Unfortunately, twenty one of those comments contained bad language or unsavoury suggestions so I have been forced to delete them. May I say an ironic "thank you" to someone called "Doug" from London who threatened me with physical harm and "sorry" to the lady in Bangalore, India who ignored my full-stop post in favour of promoting her seedy escort agency. 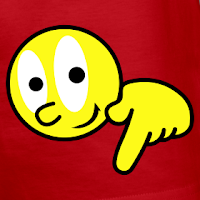