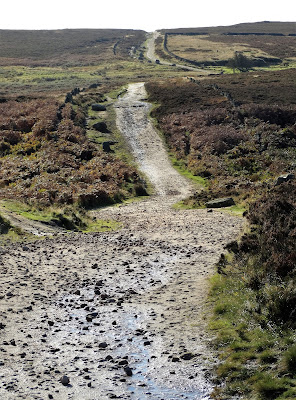 Less than ten minutes from this house there's an ancient track called Houndkirk Road. It weaves its way from Ringinglow to Fox House. Once it would have known drovers with their animals and carriers with goods such as salt from Cheshire or coal from shallow pits in South Yorkshire. Nowadays it only knows the footsteps of leisure ramblers or the tyres of mountain bikers. 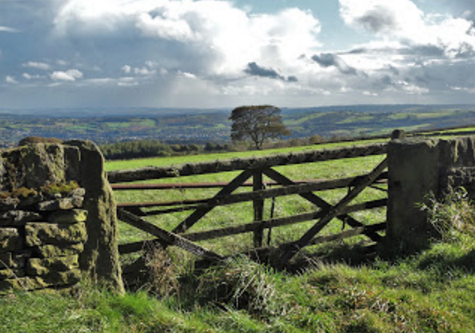 In recent weeks my walking has been greatly restricted by a knee injury that makes me notice every footstep. But yesterday I wasn't limping and the ongoing pain was in abeyance so I went for a short afternoon ramble along Houndkirk Road and then down Jumble Road to Sheephill Road.

The autumn light was glorious with fine views towards the centre of Sheffield and east towards the M1 motorway that runs up the centre of England like a pulmonary artery. But long ago long distant transport was very different. Saddle bags thrown over trains of horses. Moving slowly along Houndkirk Road. Making camp. Days passing by. Robbers and rain clouds. 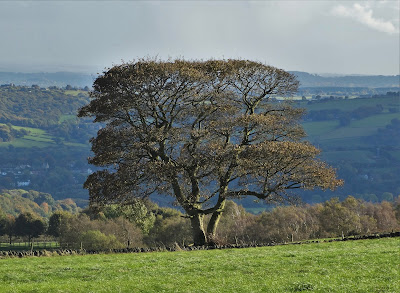 And below another picture I took along Houndkirk Road in late September 2011. How many of those old drovers, carriers and jaggers paused here to check the miles and to let their animals drink from the moorland stream at the side of the path? 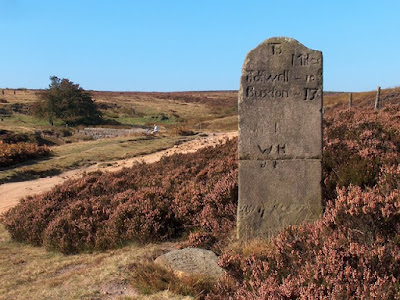