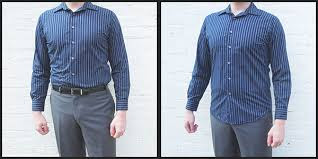 One's birthday is tomorrow. One was asked what one wanted as a present. One suggested a denim shirt. One went with one's wife yesterday to the Meadowhall shopping palace where one tried on several shirts. One couldn't find a suitable shirt - one that fitted pefectly. One was disappointed. One will need to visit a couple of city centre shops today - including John Lewis. One hopes to have better luck.

Now when it comes to wearing shirts, I am a little old-fashioned. I prefer to tuck my shirts in to my trousers. It's what my father and previous generations of men always did. Tucking your shirt in keeps out draughts and avoids accidental belly exposure which could easily drive female onlookers wild with desire.

However, in recent years more and more men have been wearing their shirts outside their trousers and many shirts are now designed with that use in mind. Consequently, a lot of shirts are now significantly shorter than they would have been in past times so "tuckers in" like me find that many modern shirts are just too short. When you sit down the shirt rides up and frequently comes out over the waist band. I get sick and tired of constantly having to tuck shirts in - even having to unbutton my trews to perform said manoeuvre.

When the fashion of "untucking" first began a few years back I would occasionally advise men I met that their shirts were out - not realising that it was  a deliberate choice. To me, when a man wears his shirt out it is as if he is wearing an itsy bitsy mini dress or an agricultural smock. If any "untuckers" are reading this, I say let's turn back the tide lads. Tuck yer bloody shirts in you silly...untuckers! 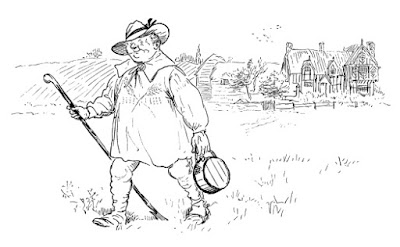