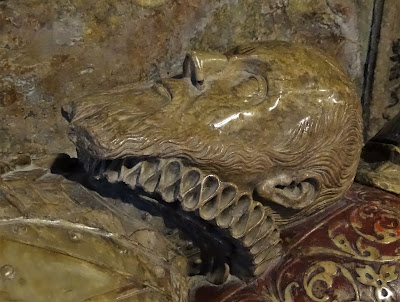 This northern city - Sheffield - was just a large village until the mid-eighteenth century. However, it had strategic importance. This was recognised by the Norman invaders of the eleventh century and it is the reason they built a castle here - on rising ground overlooking the confluence of the River Don and the River Sheaf. 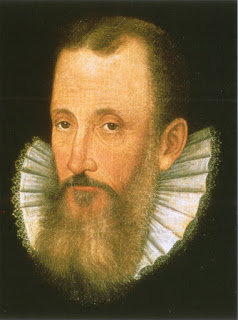 As centuries passed the castle was developed, becoming a mighty stone fortress that survived up to the time of The English Civil War. Previously it was passed into the hands of the various Earls of Shrewsbury - one of the most noble, wealthy and influential families in the entire kingdom.

George Talbot, the 6th Earl of Shrewsbury (1528-1590), was a close confidante of Queen Elizabeth I. When she was faced with the political crisis that surrounded Mary Queen of Scots, she called upon him for special support. It was his responsibility to oversee Mary's detention - a duty that he successfully fulfilled for fifteen years.

Much of this time Mary was held in Sheffield - in the castle and at Manor Lodge which was in the middle of Talbot's hunting grounds east of the town. There were vindictive rumours that his relationship with Mary was more intimate that that of a jailer and prisoner but Queen Elizabeth dismissed them. Besides, by this time he was married to Bess of Hardwick, the second most powerful woman in England during the Elizabethan era.
When Mary was executed at Fortheringhay Castle in Northamptonshire in February 1587, George Talbot was the first witness of the crown and, according to a contemporary sketch,  sat in a prime position on the execution platform that was specially erected in that castle's great hall.

Afterwards, he entered his dotage and died three years later in Sheffield. It is said that there were 20,000 people at his funeral which is astonishing given the fact that at that time the population of Sheffield and surrounding villages and townships was less than twenty thousand.

He was interred in a lavish tomb in the corner of Sheffield Parish Church - now Sheffield Cathedral - which is where, yesterday afternoon,  I took the two photographs that top and tail this post.
- February 11, 2018