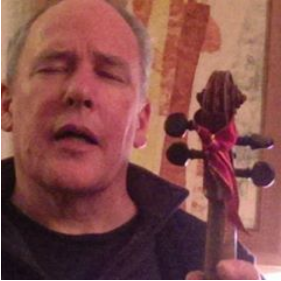 At my weekly choir sessions we have been learning a lovely song called "Come Hear The Call". It is a lilting warning song about the environment and the dangers of global warming. You won't find it on YouTube or indeed anywhere else on the internet. I know because I have already searched.

Here is the opening verse:-


Anyway, before last evening's session the choir had been promised that we would have a special visitor - the composer of "Come Hear The Call" - a local fellow called Jerry Simon.

He came in halfway through the meeting - a dumpy middle-aged bloke in outdoorsy apparel. He sat near the front ready to listen to our rendition of his song. He appeared somewhat sad and uncomfortable with a faraway look in his eyes.

His presence lifted our performance and afterwards  in his quiet, matter-of-fact style he told us how the song had been born.

He was camping at Whitby on the North Yorkshire coast for he was attending the Whitby Folk Festival that is held in the late summer every year. He woke early and unzipped his tent door looking out on a calm North Sea but with "Come Hear The Call" already in his head.

He said he had never had an experience like it before or since and as he explained the song's birth he pressed his fists against his temples. It had been something he just had to get out though he didn't know where the song had come from.

That morning he took his fiddle and a notebook down to the beach and sat there working on the song, trying to capture it before it went away. Then later in the day a fellow folk musician gave him some helpful support to truly nail the song. There had been something magical and mystical about the whole process.

I wish I could bring you a video clip of Jerry Simon or my choir singing "Come Hear The Call" but the best I can do is to give you this video of him singing another one of his songs - "I  Am Glad of All The Good Things In My Life":-
- February 16, 2018