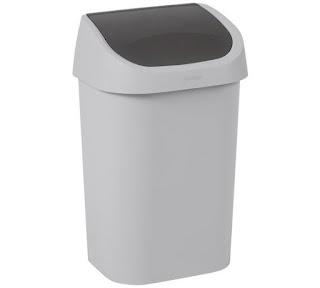 Just outside our back door there is a big black storage box that we call "The Coffin". In there you will find buckets, brushes, bags of glass jars that Shirley needs for jam, marmalade or chutney making. There is also a tub containing fat balls for garden birds and a grey swing bin in which I store bird seed.

Sometimes I delve into that bin every single day in order to keep providing our avian visitors  with a tasty seed supply. However, at other times I may not need to access the bin for several days when there's still plenty of seed out in the garden or when there's old bread to distribute in place of seeds.

Until yesterday I hadn't been in the bin for a while. I opened the lid and looked down. There at the bottom I noticed something dark. Momentarily I thought it might be a big garden slug but then it moved. It was a mouse!

It must have found its way into The Coffin, peeped inside the lid and plunged down to the seeds near the bottom. It would have been impossible for the mouse to climb out - two feet up a slippery grey plastic shaft.

And then I saw another mouse. It had been hiding in my little seed scoop. Not one but two mice trapped in an all-you-can-eat birdseed buffet!

A more ruthless fellow would have duly assassinated those two small rodents but that's not something that I could do. They had bright black eyes and little pink ears. I took the bin up to the top of our garden and laid it horizontally upon the ground so that the mice could escape. I watched them speed away into our dying bramble bushes.

Who knows what will happen to them? Will they survive wintertime or will they be pounced upon  by neighbourhood cats?  They are probably still snuffling around up there in the December darkness exchanging happy memories of their time in the free seed restaurant. Dry and safe until a giant peered inside. 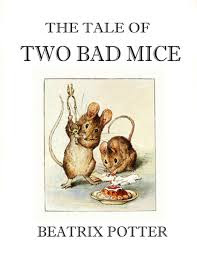