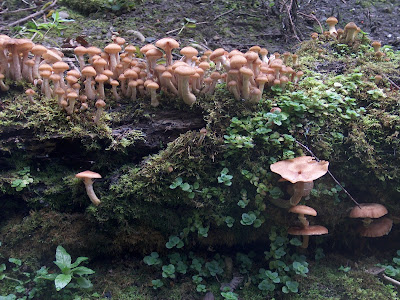 Fungus seen in the woods today.
I'll sing you this October Song.... Feeling the need to burn off calories, I'm lacing up my walking boots and marching out of suburbia, along Greystones Avenue, up Greystones Road, down Hangingwater and along one of the paths that parallels the little River Porter, under those bright autumnal trees and on to Forge Dam where I pause to observe the duckery, then on and on - up the Porter Valley till I reach the road that winds past the incongruous alpaca farm before hitting the crossroads at Ringinglow. 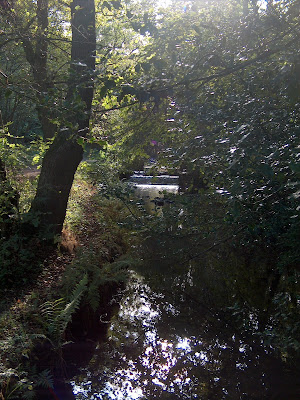 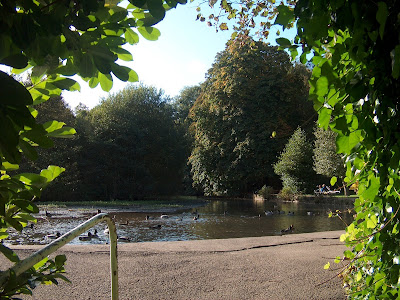 The heavy grey clouds of morningtime have given way to blue skies and intermittent sunshine. Sheffield is a great place to inhabit - especially if you are fortunate enough to live in the affluent south west of the city. There are so many trees and the countryside is literally on your doorstep. 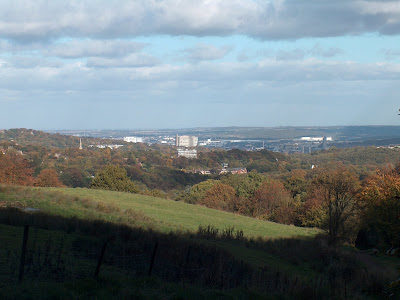 Sheffield from the south west. 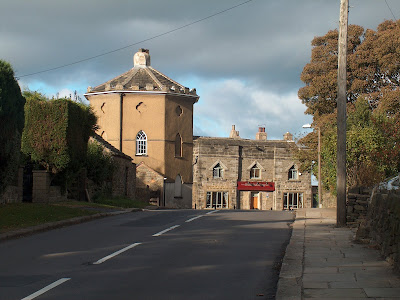 Ringinglow - The Round House & "The Norfolk Arms"

Over the stile and on to an ill-defined meadow path that finally leads into the Limb Valley. Tall trees - mainly lime and beech soar above me, as shafts of honeycoloured sunlight pierce the canopy of autumn leaves. I pass a swimming lake where signs have been put up - "No Swimming" - and I wish I had my trunks with me.

Soon I am at Whirlowdale and marching by the side of Ecclesall Road South. I notice huge, wealthy homes behind electronically controlled gates. This isn't Beverly Hills but incredibly plenty of these houses would not look out of place there. One house has the wrought iron initials - "S.C." and in the distant driveway an array of luxury cars are parked up.

Two and a half hours after leaving home, I am back and thirsty as a high court judge. I guzzle a can of diet Coke and tell Shirley what and who I have seen - including Janet, another Sheffield Head of English who threw in the towel this summer. She was walking through the woods with her husband and told me about her creative writing aspirations. I always liked Janet. 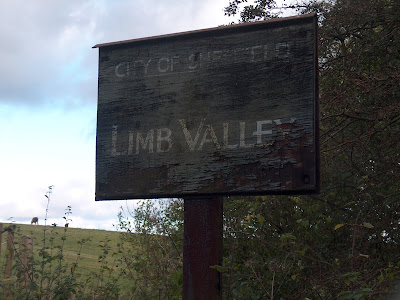