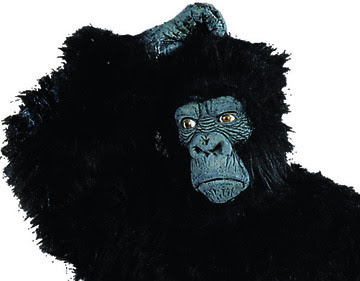 This story from a summer's afternoon almost twenty years back sticks in my mind. Listen...
All week I've been working in the Hicks Building of the University of Sheffield. I am part of a team of twenty five English teachers. We are Review Panel A and it is our job to scrutinise English coursework from two hundred plus secondary schools to ensure that examination standards have been accurately applied during internal assessments.
It is laborious work. Piles and piles of students' scripts from all over the north of England. We beaver away all week in a large psychology lab where normally herds of psychology undergraduates would be accommodated. At the front is the formidable team leader, Tom Firkin, who cracks his whip intermittently to ensure we all maintain a good pace in our communal effort to erode this daunting mountain of writing. I work at the far side of the room near the window.
After lunch on Friday, we are all relieved to see that the mountain is now just a tiny hillock and the end is very close. Tom Firkin calls the assembled twenty five to order and conversation ceases. After all, this is the most important session of the week - we're discussing our expenses! Tom passes out copies of Expenses Form 17a (Yorkshire and Humberside Examinations Authority). No longer beavers but gluttonous hogs, we see ££££ signs before our eyes.
Suddenly and without warning, the door in the far corner opens and in walks a six foot gorilla! Well it isn't really a gorilla, it's a man in a full length gorilla suit. I sit grinning broadly at the surreal incongruity of this moment. In those days kissograms, stripograms and yes - gorillagrams were fashionable at certain events - hen nights, stag dos, fortieth birthday parties etc.. So here is a gorillagram in a serious exam meeting. Bizarre! But who is he here to embarrass?
Other examiners are grinning too. Even Tom Firkin is smiling nervously, not knowing how to react. Meanwhile, the gorilla, swinging its arms and producing throaty noises like the sound of boxer Frank Bruno laughing, circumnavigates the lab and moves along the line of examiners by the window aisle. When he reaches me, he stops and looks down. Then in a moment which I have little opportunity to control, this damned gorilla picks me up and literally flings me over his shoulder in a fireman's lift. Hell, I was as big a guy then as I am now - at least sixteen stones of pure Yorkshire Pudding.
Up there on the gorilla's shoulder, smiling stupidly at the other examiners who are now guffawing in unison, I puzzle as to what this is all about. It's not my birthday. Have I won a jackpot on the football pools? And where is he taking me?
Then the door opens again and in bursts a posse of examiners from Review Panel B who have been working in a different part of the building all week.
Their leader sees what's going on and yells to the gorilla: "No! Not him! Him!" pointing to an examiner of similar handsome appearance who was also wearing a blue shirt and was also stationed near to the window wall.
The gorilla dumps me and then descends on the quarry he had really been hired to humiliate. As I recall, it was indeed his birthday. But the intended scene has been distorted by the gorilla's poor hunting instinct. After all, gorillas are essentially vegetarian leaf munchers!
When the sweaty gorilla takes his head off, I compliment him on his sheer strength and he in turn is apologetic about my embarrassment. Two minutes later, the intruders, including King Kong have departed and Review Panel A returns to the important business of claiming expenses.
- January 12, 2011