Thank you to Lee, blogging from her sun-kissed mountain in Queensland. Watching TV just yesterday, she saw reports about flooding in northern England and sent me her best wishes. We have had a lot of rain and several rivers have been unable to cope with the huge volumes of water but I am happy to say that our city - Sheffield - remains unaffected..

Like Rome, Sheffield is built on seven hills. Down in the valleys our five rivers flow eastwards towards The North Sea - The Don, The Loxley, The Rivelin, The Sheaf and The Porter. Back in 2007, The Don caused significant flooding to the north of the city centre but this was a very unusual event and this time things look fine thereabouts. Our house is on one of the seven hills so even if rain fell in biblical proportions, we would never need to  ask Noah for a lift. We are as dry as a nun's wotsit.

Yesterday, in stark contrast to the flooding misery, I drove out of the city in brilliant sunshine. I was on my way to The Lakeside Shopping Village near Doncaster to meet up with my younger brother Simon in order to exchange Christmas gifts. I set off early, intending to take a detour to the North Nottinghamshire village of Blyth.

I visited this salubrious village for the first time in February 1978 when, as a young teacher, I was living nearby in rented accommodation in the village of Carlton-in-Lindrick. Bob, my temporary landlord, drove us there for Sunday lunch in "The White Swan". Though I have walked close to Blyth and driven by it a few times, I hadn't been back in the place for thirty seven years.
Blyth is the home village of "Gogglebox" vicar Kate and her family. I snapped a picture of  the vicarage and subsequently my lovely daughter has accused me of being a "stalker". Fortunately Kate did not run out of the house with a rolling pin nor did her husband Graham set their dopey dog on me. I slunk away as stalkers do, to get pictures of Blyth's magnificent Norman church and "The White Lion" pub.

The church is the oldest Norman building in Nottinghamshire and it speaks eloquently of the village's former significance - both geographical and political. It was lovely to see it in bright winter sunshine. And then I drove on to see Brother Simon. Happily, he had bought me a bottle of Irish whiskey - elixir of the Celtic gods and much enjoyed by modern day stalkers. 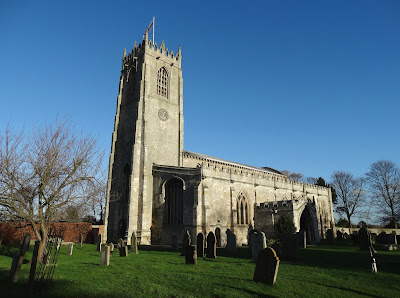 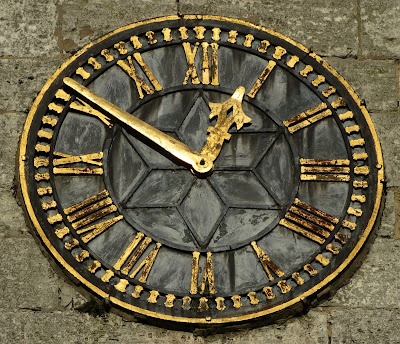