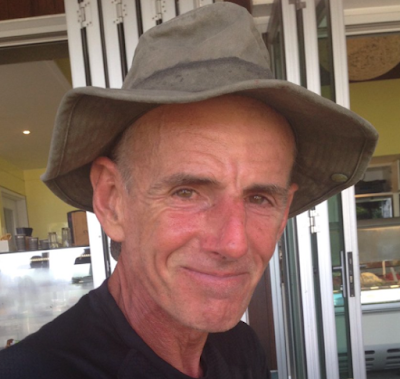 "Just to feel alive and in control of your own destiny"

Two days ago a large red rowing boat was tied to a jetty in the harbour at Cairns in northern Queensland, Australia. Unsteadily, a fifty three year old man clambered ashore. His leathery sunburnt torso was all skin and bone. His name is John Beeden and he was born and raised two miles from this keyboard in the Sheffield suburb of Woodseats.

John Beeden is a true modern day hero and what he achieved this past weekend deserves to be trumpeted around the world for it is another special example of what human beings are capable of when they apply themselves with true grit and determination.

Setting off from San Francisco on June 1st, it took John Beeden 209 days to row to Cairns. He was alone and there were no stops on route. He is the first person in human history to have achieved this incredible feat, travelling 6100 nautical miles as the crow flies! Or 6500 actual nautical miles according to our recently rejuvenated and helpful  Mancunian blogger -  Mr Shooting Parrots.

There were days when he rowed for fifteen or sixteen hours and times when the Pacific winds, currents and waves drove him back so far that hours of hard rowing were nullified.He ate dehydrated meals and drank sea water that had been desalinated. Admittedly he was aided by some modern technology - including navigational aids, a satellite phone and intermittent internet connection - but that takes nothing away from what this brave Yorkshireman has achieved.