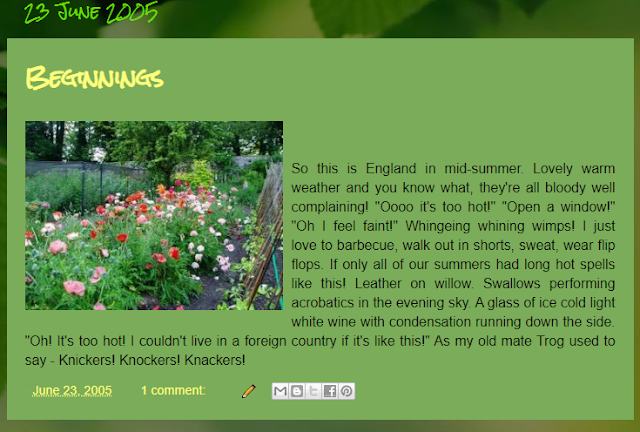 As you can see, I even attracted one comment. It was from someone called Hadashi in Japan. To receive that comment from faraway was kind of magical. Encouraging too.

Four days later I posted a picture of myself being interviewed at work and the first verse of a poem about work by the late Philip Larkin who spent his most productive days in The East Riding of Yorkshire. 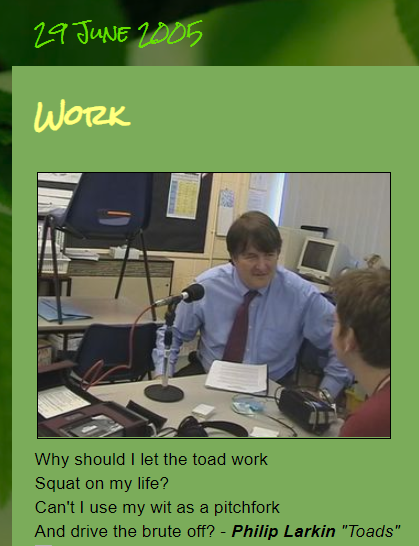 That post also attracted a single comment - from Zandrea! in Brookline, Massachusetts. Zandrea! was in fact two people - Zara and Andrea. Perhaps they were lovers or someone with a split personality. They or she stopped blogging four years ago.

In fifteen years I have created 3421 blogposts, receiving 1,822,114 visits. It has been quite a journey - something to look back on with a degree of satisfaction. I did that!

Only sometimes do I pause to think: Should I have done that? All those hours of blogging and reading other people's blogs, perhaps I should have saved up that energy and poured it into writing - stories, novels, poetry. Precious time has slipped away like sand in an hour glass. Fifteen years older and the end is nigh. What is there left to say?
- June 30, 2020