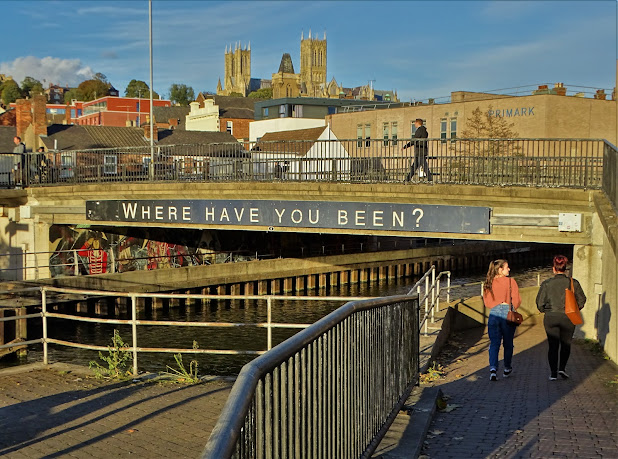 There was no ticket counter in 1981 - entrance was free - but in 2021 you must pay an admission fee. At the desk, I overheard talk of a roof tour and in an instant we had paid an extra £7.50 each for this privilege. Soon we were climbing spiral staircases, holding on to ropes and exploring the roof space with its medieval oak roof timbers. Of course we had a guide who was passionate about his hometown cathedral and knew a great deal about it. 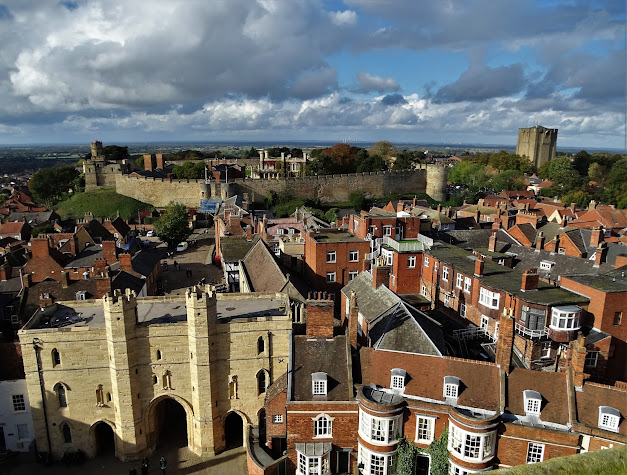 View to Lincoln Castle from the cathedral's south west tower
We climbed high above the nave and had two opportunities to get out on the roof but not up to the tops of any of the three towers. They still reached for the late October sky, high above us.

Since childhood, I have lived in awe of our medieval church builders. Their ingenuity, audacity and "can do" attitude saw the construction of hundreds of fabulous village churches and several marvellous cathedrals, abbeys and minsters including Durham Cathedral, Holy Trinity Church in Hull, York Minster, Beverley Minster, Ely Cathedral, Canterbury Cathedral, Fountains Abbey, Westminster Abbey and Wells Cathedral. All wonderful buildings but my favourite of them all  is Lincoln Cathedral. 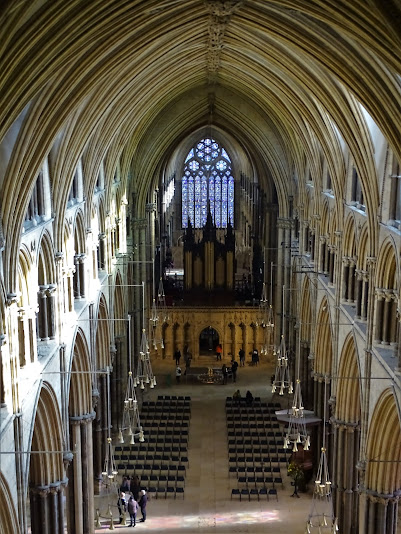 High above the nave in Lincoln Cathedral
On Sunday evening, we had a lovely anniversary meal in "The Botanist" and ate out again on Monday. Lunch in "The Lion and The Snake" and dinner in the "Samba Brazil". All great meals and there were a couple of visits to pubs as well - "The Witch and Wardrobe" which was attractively rough and ready and "The William Foster" on Guildhall Street. 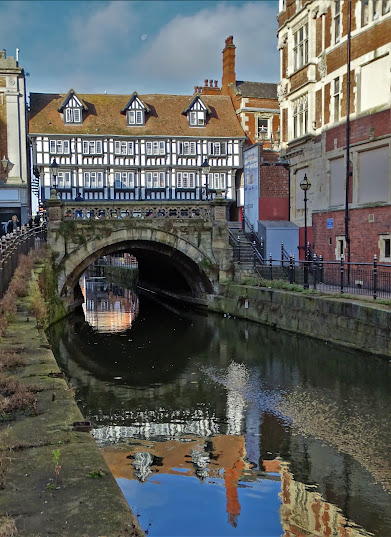 The High Bridge in Lincoln
Back in 1981, Lincoln did not have a university but now it has one with numerous modern buildings and accommodation blocks south of Brayford Pool which was once the city's bustling inland port area. Our hotel  - The Holiday Inn Express was close to the university quarter. It fulfilled our requirements completely and we had no complaints though it was snug enough to feel like a cabin on an ocean liner.

We were so lucky that Monday was a bright, sunshiny day - rather like the one that Jimmy Cliff sang about in "I Can See Clearly Now". I wonder how many more moons will pass by before we return to Lincoln. 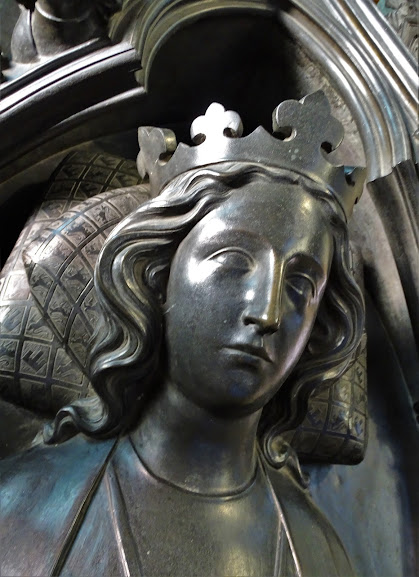